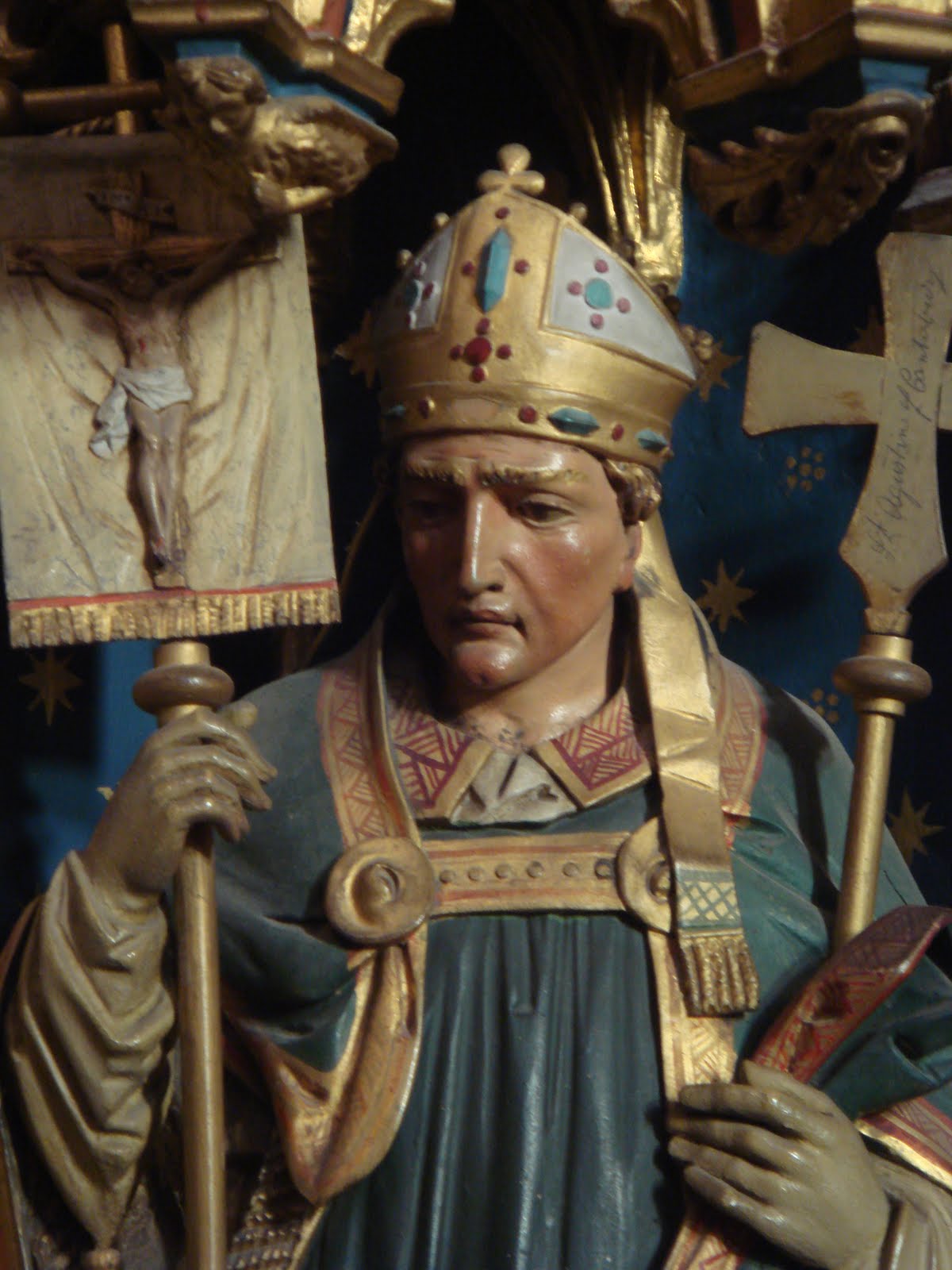 O Lord our God, who by thy Son Jesus Christ didst call thine Apostles and send them forth to preach the Gospel to the nations: We bless thy holy name for thy servant Augustine, first Archbishop of Canterbury, whose labors in propagating thy Church among the English people we commemorate today; and we pray that all whom thou dost call and send may do thy will, and bide thy time, and see thy glory; through Jesus Christ our Lord, who liveth and reigneth with thee and the Holy Spirit, one God, for ever and ever. Amen.

Although Christianity had existed in Britain before the invasions

of Angles and Saxons in the fifth century, Pope Gregory the Great

decided in 596 to send a mission to the pagan Anglo-Saxons. He

selected, from his own monastery on the Coelian hill in Rome, a

group of monks, led by their prior, Augustine. They arrived in Kent in

597, carrying a silver cross and an image of Jesus Christ painted on

a board, which thus became, so far as we know, “Canterbury’s first

icon.” King Ethelbert tolerated their presence and allowed them the

use of an old church built on the east side of Canterbury, dating from

the Roman occupation of Britain. Here, says the Venerable Bede, they

assembled “to sing the psalms, to pray, to say Mass, to preach, and to

baptize.” This church of St. Martin is the earliest place of Christian

worship in England still in use.

Probably in 601, Ethelbert was converted, thus becoming the first

Christian king in England. About the same time, Augustine was

ordained bishop somewhere in France and named “Archbishop of

the English Nation.” Thus, the see of Canterbury and its Cathedral

Church of Christ owe their establishment to Augustine’s mission,

as does the nearby Abbey of SS. Peter and Paul, later re-named for

Augustine. The “chair of St. Augustine” in Canterbury Cathedral,

however, dates from the thirteenth century.

Some correspondence between Augustine and Gregory survives.

Canterbury has to do with diversity in the young English Church.

Gregory writes, “If you have found customs, whether in the Roman,

Gallican, or any other Churches that may be more acceptable to God,

I wish you to make a careful selection of them, and teach the Church

of the English, which is still young in the faith, whatever you can

profitably learn from the various Churches. For things should not be

the ecumenical movement of today.

To learn more about St. Augustine of Canterburry, click the link below: