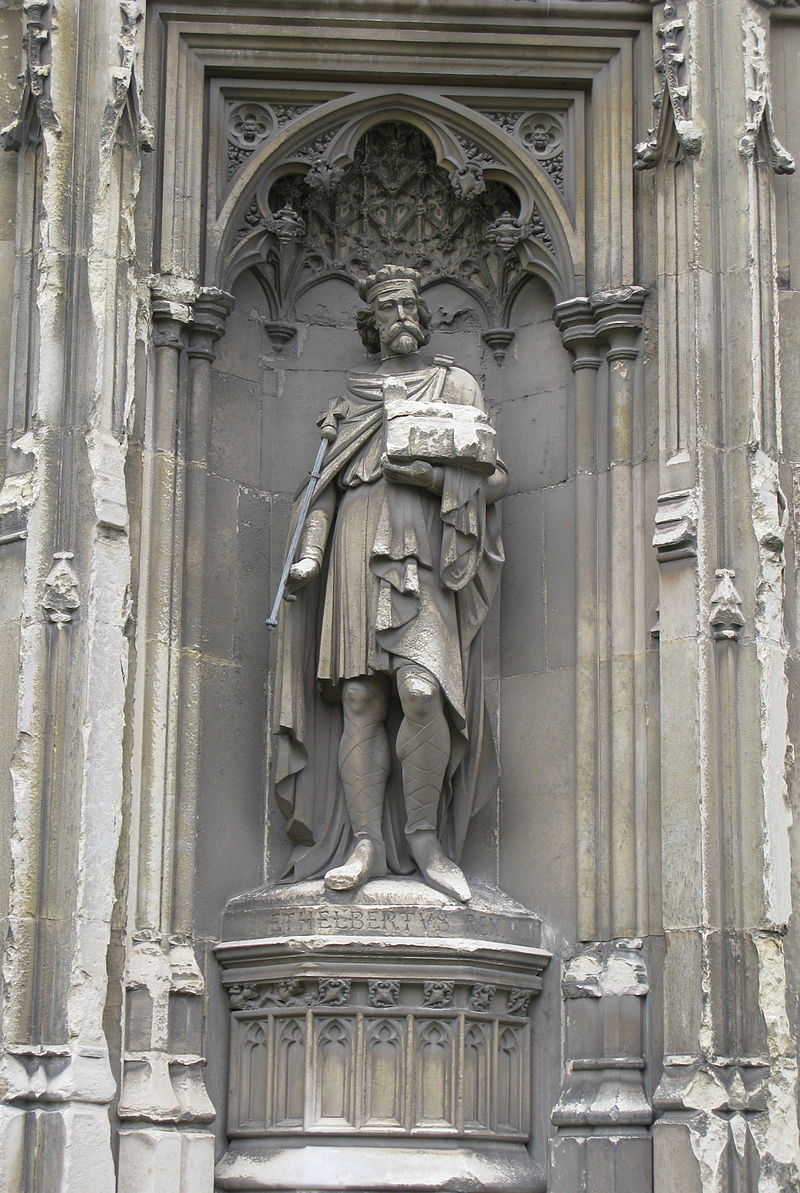 O God, who didst call thy servant Æthelbert of Kent to an Earthly throne that he might advance thy heavenly kingdom, and didst give him zeal for thy Church and love for thy people: Mercifully grant that we who commemorate him this day may be fruitful in good works, and attain to the glorious crown of thy saints; through Jesus Christ our Lord, who liveth and reigneth with thee and the Holy Spirit, one God, for ever and ever. Amen.

The Christian Gospel was preached in Britain before 200, and by 300 the Celtic peoples of the island were largely Christian; but in the 400's southeastern Britain (what we now call England) was invaded by tribes of pagan Anglo-Saxons (Angles, Saxons, and Jutes) who subdued the Christian Celts or drove them north and west into Scotland, Ireland, and Wales. The reconversion of England was then accomplished by Celtic missionaries entering England from the north and west, and Roman missionaries entering from the south and east.

The Jute kingdom of Kent was in the southeast corner of England, and in 597 a delegation of monks arrived from Rome, headed by Augustine of Canterbury (26 May 605) (not to be confused with his more famous namesake, Augustine of Hippo (28 August 430)). Æthelbert, king of Kent, was a pagan, but his wife Bertha, a Frankish princess, was a Christian, and he welcomed the strangers, listened politely to their invitation to convert, told them that he was resolved to continue in the religion of his fathers, and gave them a plot of ground and permission to build a church and to preach to anyone who cared to listen. Four years later, after at least 10,000 of his subjects had converted, Æthelbert himself was baptized. He did not pressure his remaining pagan subjects to follow him, but gave the missionaries help and encouragement in their preaching, built the cathedral of Saint Andrew in Rochester and the monastery of Saint Peter and Saint Paul (later the cathedral of Saint Augustine) at Canterbury; and influenced the conversion of King Sabert of the East Saxons, in whose territory he built the church of Saint Paul, London. He died on 24 February 616; but because that is the Feast of Matthias the Apostle, he is commemorated on 25 February.