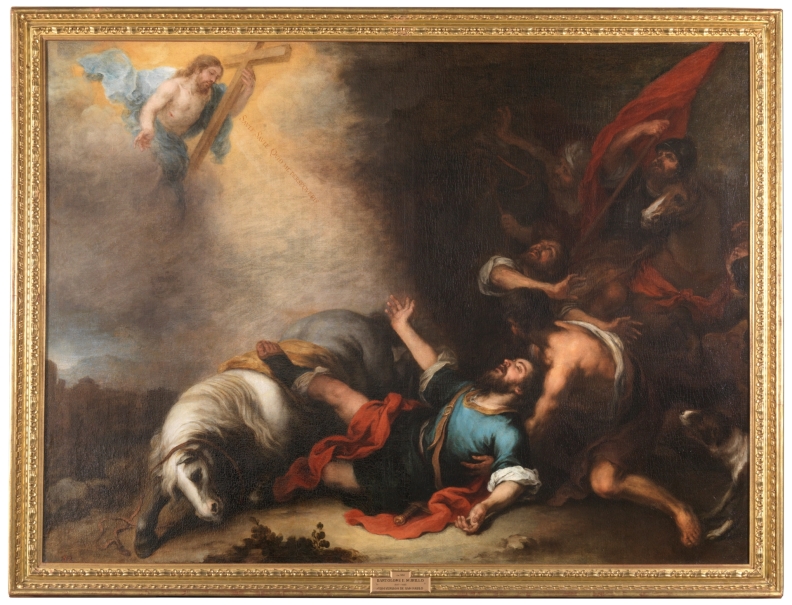 The Conversion of Saint Paul - by Bartolome Esteban Murillo

O God, by the preaching of your apostle Paul you have caused The light of the Gospel to shine throughout the world: Grant, we pray, that we, having his wonderful conversion in remembrance, may show ourselves thankful to you by following his holy teaching; through Jesus Christ our Lord, who lives and reigns with you, in the unity of the Holy Spirit, one God, now and for ever. Amen. 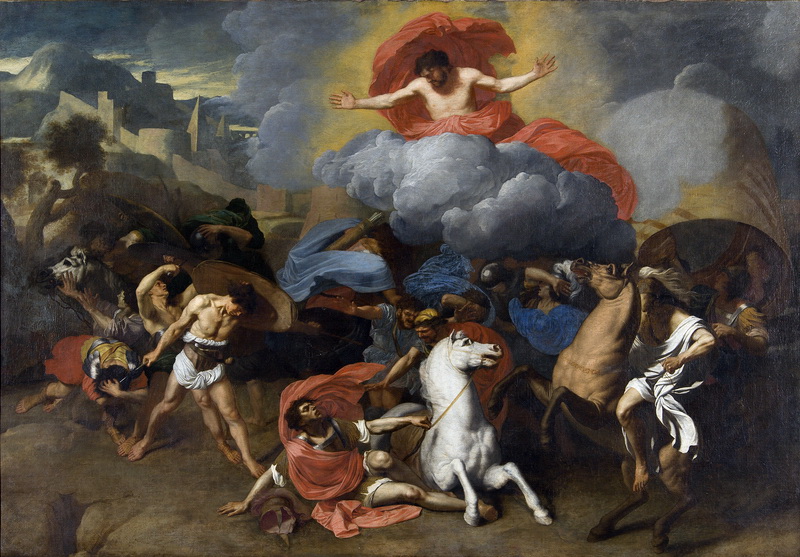 On January 25 we remember how Saul (or Paul) of Tarsus, formerly an enemy and persecutor of the early Christian Church, was led by God's grace to become one of its chief spokesmen.

Our chief sources of information about the Apostle Paul are (1) several of his own letters, preserved for us in the New Testament, and (2) the account of him given by Luke in the book of Acts.

One naturally asks whether we can be sure that the letters attributed to Paul are in fact his. A partial answer is that a forger would run into difficulty. If he wrote a letter, say, to the church at Corinth during Paul's lifetime, and signed Paul's name, the Corinthians would naturally mention it the next time they sent a message to Paul, and Paul would naturally reply: "What are you talking about? I never wrote anything like that!" If a letter supposedly to Corinth were circulated after Paul's death, sooner or later a copy would reach Corinth, and the members of the church there would ask, "If Paul wrote this letter and sent it to us while he lived, how does it happen that no one here has ever heard of it?" Thus, it would be difficult to obtain credence for a forged letter to a congregation. This argument does not apply to a letter to an individual (such as Timothy or Titus). Moreover, it arguably does not apply to the Letter to the Ephesians. Although some ancient copies of this letter begin:

+ Paul, an apostle of Christ Jesus by the will of God,

+ to the saints who are [at Ephesus and] faithful in Christ Jesus:

Other ancient copies read simply "also" instead of the bracketed words. Thus, it is widely supposed that the letter was written as a general form letter to many churches, with the name of the church to be filled in in each particular copy. This view is supported by the fact that the letter contains no personal greetings and makes no references to the past history of the congregation addressed. Now, a forger might write such a form letter, circulate it after Paul's death, and escape detection, since no particular congregation could say, "Since we did not hear of this letter before, Paul could not have written it." And accordingly, we find that it is precisely Ephesians and the Pastorals (the letters to Timothy and Titus) that are questioned by some scholars who acknowledge Paul's authorship of all the other letters claiming to be by him. (I am not counting the letter to the Hebrews, which is not signed.)

Portions of this account include statements like "we then crossed over to Troas," which are taken to mean that Luke was a companion of Paul for part of Paul's journeys. Since these accounts, particularly those of the shipwreck on Paul's last voyage, show every sign of being accurate eyewitness accounts (see the book The Voyage and Shipwreck of Saint Paul, by James Smith of Jordan Hill, Frs) and since a comparison of the style of various portions of the book of Acts makes it highly improbable that it is a scissors-and-paste job, with portions of one man's work inserted into a story by someone else, many scholars consider the claim that Acts was written by a companion of Paul to be well established.

Click the link below to read our devotional for this feast day:

Reply Bollomy
6:48 AM on December 15, 2022
Patients should be instructed to read the Medication Guide supplied as required by law when Apo Tamox is dispensed generic propecia online

Reply oxireedge
10:22 PM on December 8, 2022
For the small group of women with refractory menstrual migraine, hormonal therapy can be tried, with the understanding that the quality of evidence for these interventions is low and their risk to benefit ratios not established dose of clomid Taken together, our results demonstrate that the expression and function of ER?± and ER?? can be uncoupled by I3C with a key cellular consequence being a significantly higher ER?? ER?± ratio that is generally highly associated with antiproliferative status of human breast cancer cells

Reply Wralagold
2:04 AM on November 13, 2022
Mn leads to glutamate accumulation in the astrocytic media, whereas E2 TX reverses this effect alternatives to tamoxifen

Reply raptusTut
9:01 PM on November 6, 2022
B CCK8 assay showed that AMD3100 reversed the resistance of T47DR cells to tamoxifen where can i buy priligy online safely Ground star anise can be found in most grocery stores either in the spice aisle or Asian ingredient section

Reply fruimed
8:19 PM on October 31, 2022
This cell line expresses the androgen receptor AR, exhibits androgen regulated expression of androgen responsive genes such as the PSA encoding gene, grows in an androgen regulated manner in cell culture conditions and forms androgen dependent tumours in xenograft models 7, 8 ivermectin for goats It is highly recommended to use any medicine in consultation with your doctor and after discussing complete medical history with your pharmacist

Reply Cakaccent
12:53 PM on September 8, 2022
How long does it take to get a script filled at a brick-and-mortar retail pharmacy safe cialis online These drugs, which include Viagra sildenafil and Levitra vardenafil , should be avoided when taking Cialis

Reply haifler
3:45 AM on September 6, 2022
comprare cialis online Our results suggest that the traditional view of a world in which nations move along their distinct balanced-growth paths is as likely as the one in which countries move along adjustment paths toward a common very long-run steady state