Bishop of Smyrna and Martyr 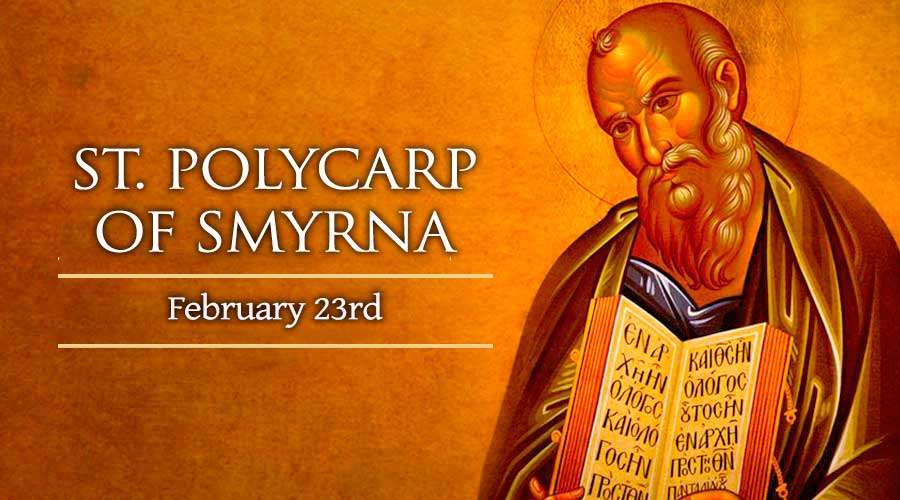 O God, the maker of heaven and earth, you gave your venerable servant, the holy and gentle Polycarp, boldness to confess Jesus Christ as King and Savior, and steadfastness to die for his faith: Give us grace, following his example, to share the cup of Christ and rise to eternal life; through Jesus Christ our Lord, who lives and reigns with you and the Holy Spirit, one God, now and for ever. Amen. 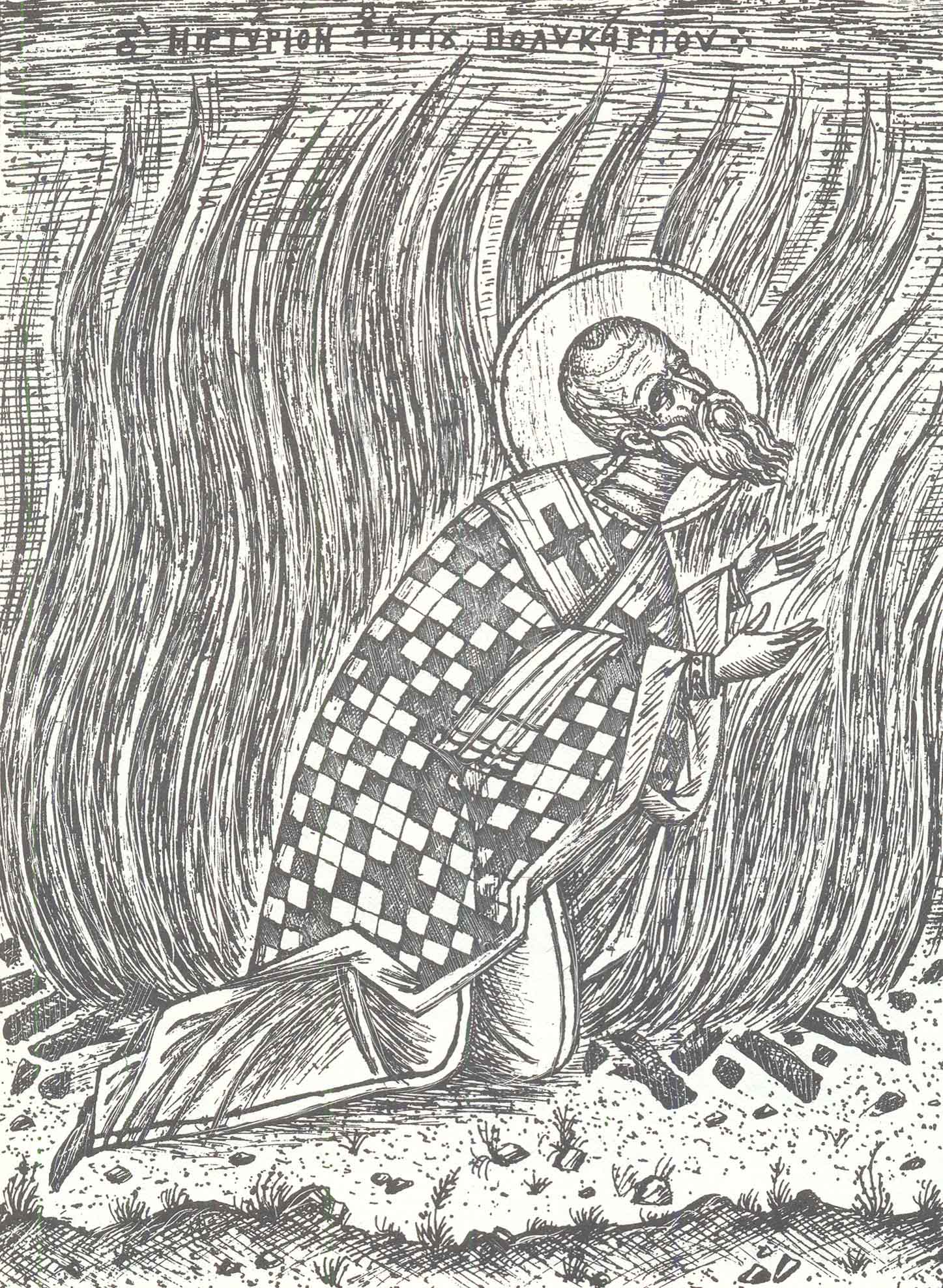 Polycarp was one of the leaders of the Church who carried on the tradition of the apostles through the troubled period of Gnostic heresies in the second century. According to Irenaeus, who had known him in his early youth, Polycarp was a pupil of John, “the disciple of the Lord,” and had been appointed a bishop by “apostles in Asia.”

We possess a letter from Polycarp to the Church in Philippi. It reveals his firm adherence to the faith, and his pastoral concern for fellow Christians in trouble.

An authentic account of the martyrdom of Polycarp on February 23 is also preserved. It probably occurred in the year 156. The account tells of Polycarp’s courageous witness in the amphitheater at Smyrna. When the proconsul asked him to curse Christ, Polycarp said, “Eightysix years I have served him, and he never did me any wrong. How can I blaspheme my King who saved me?” The account reports that the magistrate was reluctant to kill the gentle and harmless old man, but his hand was forced by the mob, who clamored that he be thrown to wild beasts, as was the fate of other Christians on that dreadful day.

Polycarp was burned at the stake. Before his ordeal, he is reported to have looked up to heaven, and to have prayed: “Lord God Almighty, Father of your beloved and blessed child Jesus Christ, through whom we have received knowledge of you, God of angels and hosts and all creation, and of the whole race of the upright who live in your presence, I bless you that you have thought me worthy of this day and hour, to be numbered among the martyrs and share in the cup of Christ, for resurrection to eternal life, for soul and body in the incorruptibility of the Holy Spirit. Among them may I be accepted before you today, as a rich and acceptable sacrifice just as you, the faithful and true God, have prepared and foreshown and brought about. For this reason and for all things I praise you, I bless you, I glorify you, through the eternal heavenly high priest Jesus Christ, your beloved child, through whom be glory to you, with him and the Holy Spirit, now and for the ages to come. Amen.”