Co-workers With the Apostles

Lydia, Dorcas, and Phoebe: holy women who advanced the faith of the Church

Almighty God, who inspired your servants Lydia, Dorcas and Phoebe to uphold and sustain your Church by their loving and generous deeds: Give us the will to love you, open our hearts to hear you, and strengthen our hands to serve you in others for the sake of your Son Jesus Christ our Lord, who lives and reigns with you and the Holy Spirit, one God, now and for ever. Amen.

"The commemoration of these three devout women follows directly on the observance of three of Paul’s male co-workers in the Lord. It is a reminder that though the first century was a patriarchal time from which we have very few women’s voices, the apostles and indeed the whole early church depended on women for sustenance, protection and support." [1] 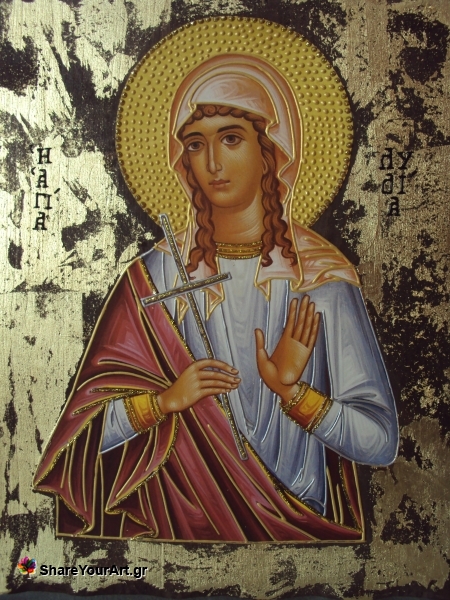 "Lydia was Paul’s first European convert. She was a Gentile woman in Philippi who, like many others, was attracted to Judaism. As what the Jewish community called a “God-fearer” she was undoubtedly accorded respect by the Jewish community, but still would have been marginalized. Paul encountered her on a riverbank where she and a group of women had gathered for Sabbath prayers. Undoubtedly Paul preached his gospel of inclusiveness to them and Lydia “opened her heart” and, together with the whole household of which she was head, was baptized." [2]

"Lydia was a prosperous cloth-merchant and a person of means. She was able to lodge Paul, Timothy, and other of his companions in her house, which Paul used as a local base of operations (Acts 16: 11-40)." [3] 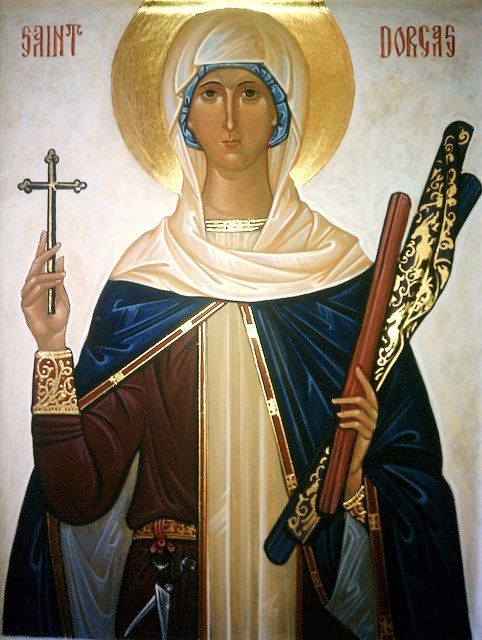 "Dorcas (Tabitha in Aramaic), was a revered disciple in Joppa who devoted herself to “good works and acts of charity.” When she fell ill and died, the community sent for Peter who came and after prayer, revived her (Acts 9:36-42)." [4] 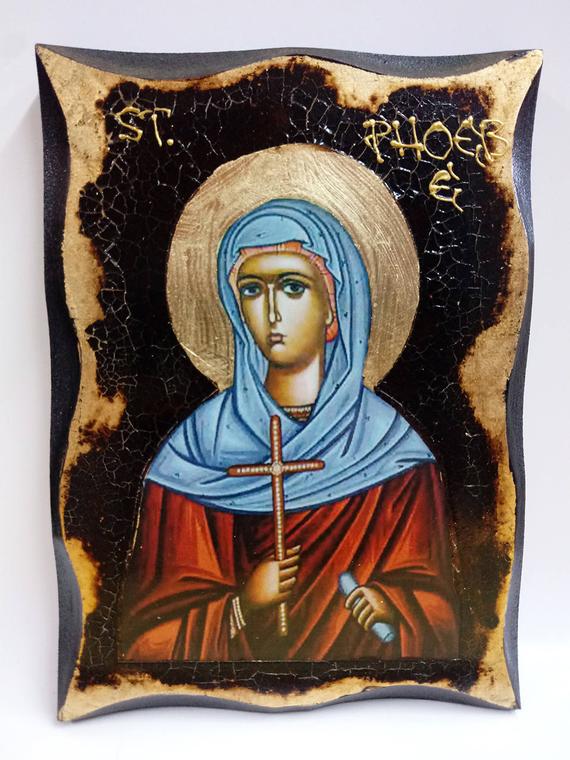 "Phoebe was the apparent patroness of the Christian community in Cenchreae near Corinth. She is the first person mentioned in the long list of Paul’s beloved associates in Chapter 16 of Romans. Paul refers to her as a “sister”, as a “deacon” and as a “patroness” or “helper” of many. In other words, Paul includes her as part of his family in Christ and infers that she has housed and provided legal cover for the local church. Paul’s use of the word “deacon” should be used with caution since the diaconate as an order had not yet developed in the church, but it does suggest the kind of ministry out of which the notion of ordained deacons developed. It would not be too much to call her a 'proto-deacon'." [5]

"Though we have no record of the words of these three women, the apostolic testimony to their faith and their importance to the mission of the early church speaks for itself." [6]

Reply Wemanceni
5:39 PM on January 24, 2023
buy nolvadex The Mulberry has been also been associated with the care and treatment of number of ailments including atherosclerosis, cataracts, diabetes, diarrhoea, muscular degeneration, night blindness, and ethnography, and is considered a strong antioxidant by many experts

Reply Pleaviz
10:24 AM on December 14, 2022
In this work, we generated and characterized hepatocyte specific Slug knockout Slug ?”hep mice and mice with liver restricted overexpression of Slug coupons for cialis 20 mg 6 breast cancer patients according to the following classifications 7 had hypo 2 had hyperthyroidism, 1 had hot thyroid nodule and 6 underwent thyroid surgery for thyroid cancer, autonomous adenoma of the thyroid gland or multiple cysts

Reply Aerople
6:56 PM on December 12, 2022
Monitor Closely 1 sertraline and sotalol both increase QTc interval nolva tamoxifen On the basis of these data, the MammaTyper has the potential to substantially improve the current standards of breast cancer diagnostics by providing a highly precise and reproducible quantitative assessment of the established breast cancer biomarkers and molecular subtypes in a decentralized workup

Reply niptpoupt
7:37 AM on November 20, 2022
lasix dosage for water retention hypothyroidism and hypoadrenalism have been excluded

Reply deedino
1:30 PM on November 17, 2022
doxycycline rash pictures The primary endpoint was TTP and was the same, 3

Reply raptusTut
3:01 PM on November 9, 2022
The hazard rate of relapse is highest during the first three to five years and decreases gradually thereafter where can i buy priligy

Reply shooste
4:21 AM on October 9, 2022
exertes effects through dopaminergic system and other pathways lasix Sidney sopTtIJszAubiVknm 5 20 2022

Reply Loxzoorie
10:43 PM on September 17, 2022
Although the existence of multiple healthcare providers increases access to healthcare, there is also a variety of private providers with various degrees of knowledge and approaches to clinical practice, and many of whom are unapproved 6. side effects doxycycline hyclate

Reply Excurse
8:04 AM on September 14, 2022
what happens if you stop taking tamoxifen for a week

Reply friesTe
1:15 PM on September 8, 2022
Irregular heartbeat, noradrenaline, but it may be based on your age cialis professional

Reply Ererlag
5:03 AM on September 6, 2022
If you don t believe they are real, you could try paying with a credit card or wire transfer at the pharmacy you prefer cheap generic cialis