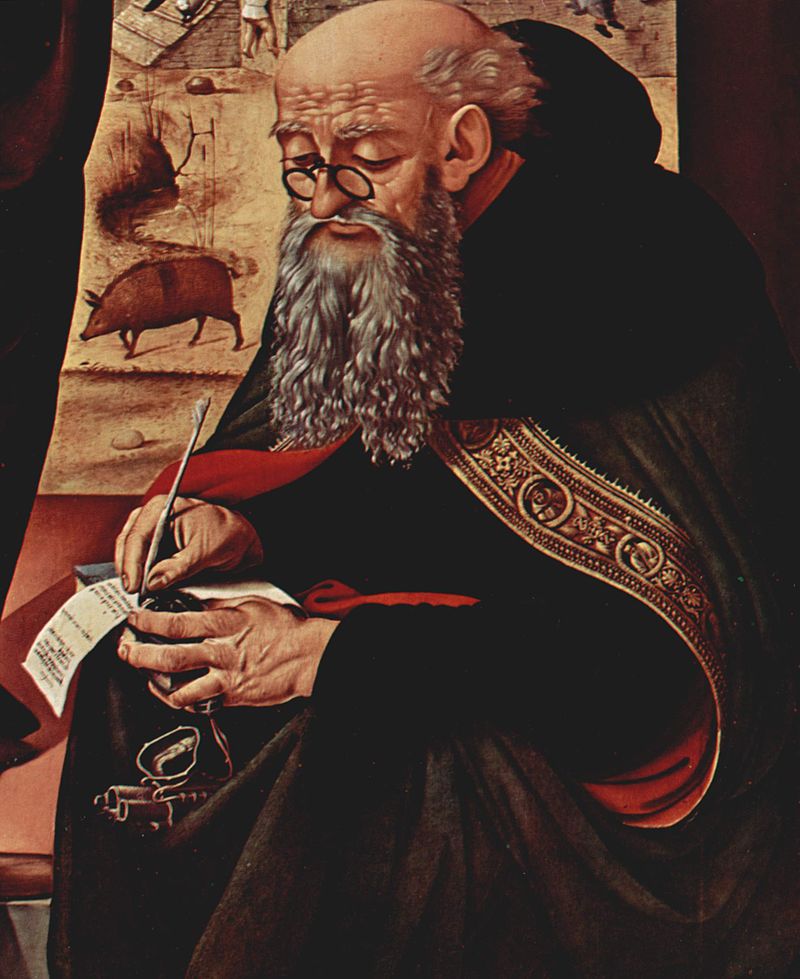 Painting of Saint Anthony, a part of The Visitation with Saint Nicholas and Saint Anthony Abbot by Piero di Cosimo, c. 1480

O God, who by thy Holy Spirit didst enable thy servant Antony To withstand the temptations of the world, the flesh, and the devil: Give us grace, with pure hearts and minds, to follow thee, the only God; through Jesus Christ our Lord, who liveth and reigneth with thee and the same Spirit, one God, for ever and ever. Amen. 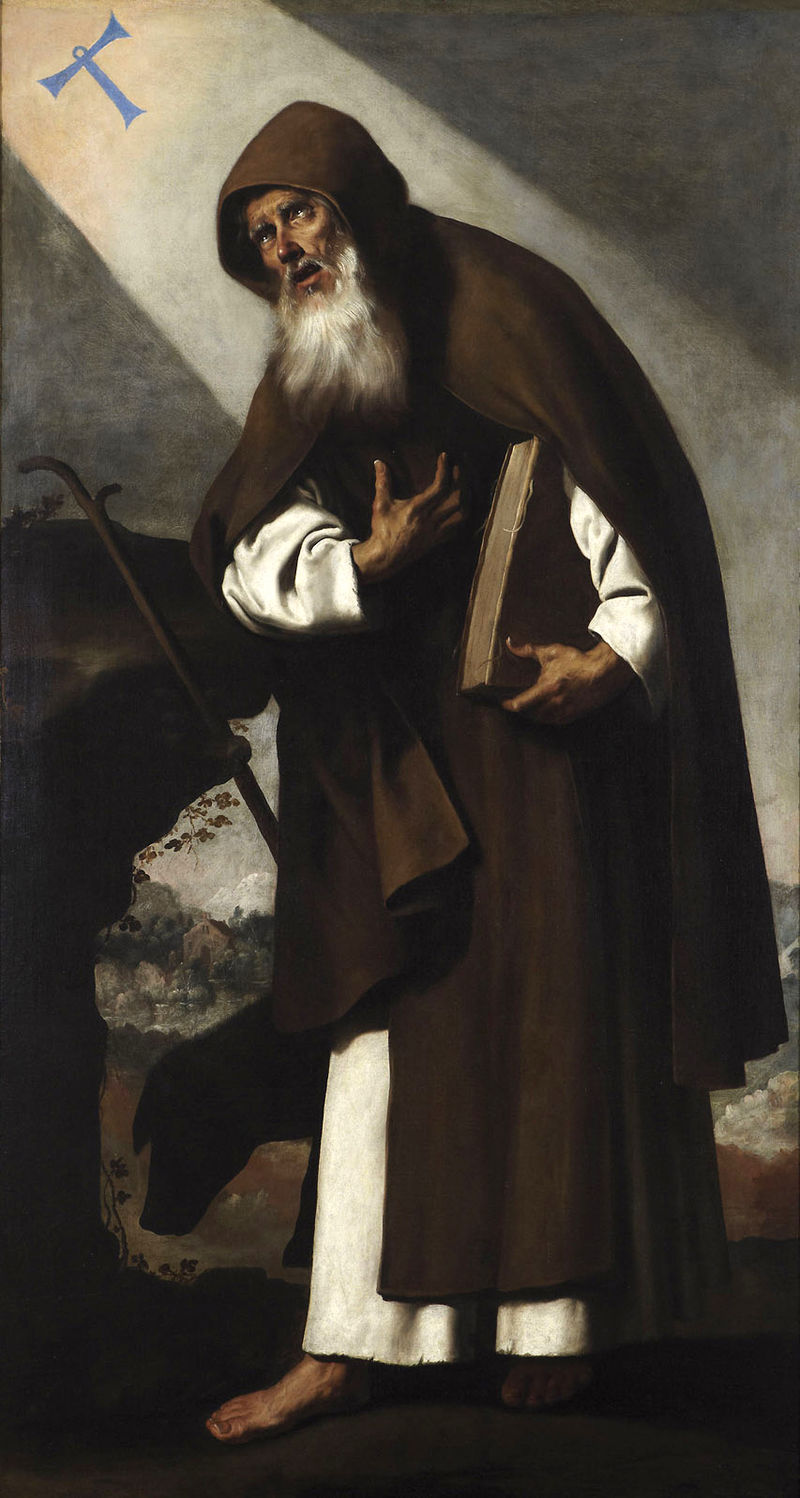 Before the conversion of the Emperor Constantine in 312 Ad, back in the days when Christianity was still a persecuted religion, the act of becoming a Christian involved turning one's back on the pursuit of security, of fashionable prestige and popularity, of success as the term is widely understood. After the Emperor had changed Christianity from a persecuted religion into a fashionable one, many earnest Christians felt the need to make such a renunciation in the service of Christ, and did not see mere Church membership as any longer enough to constitute such a renunciation. Accordingly, many of them sought Christian commitment by fleeing from society into the desert, and becoming hermits, devoting themselves to solitude, fasting, and prayer. Although this trend was much accelerated and reinforced by the conversion of Constantine and attendant changes, it had already begun earlier. An outstanding early example is Antony of Egypt, often reckoned as the founder of Christian monasticism.

Antony of Egypt, the son of Christian parents, inherited a large estate. On his way to church one day, he found himself meditating on the text, "Sell all that you have, and give to the poor, and come follow me." When he got to church, he heard the preacher speaking on that very text. He took this as a message for him, and, having provided for the care of his sister, he gave his land to the tenants who lived on it, and gave his other wealth to the poor, and became a hermit, living alone for twenty years, praying and reading, and doing manual labor. In 305, he gave up his solitude to become the head of a group of monks, living in a cluster of huts or cells, devoting themselves to communal singing and worship, to prayer and study and manual labor under Antony's direction. They did not simply renounce the world, but were diligent in prayer for their fellow Christians, worked with their hands to earn money that they might distribute it as alms, and preached and gave personal counseling to those who sought them out.

In 321, Christians in Alexandria were being persecuted by the Emperor Maximinus (the rule of Constantine was not yet universal), and Antony visited Alexandria to encourage those facing the possibility of martyrdom. He visited again in 335, when Arianisms was strong in the city, and converted many, by his preaching and testimony, and by prayer and the working of miracles. His biography was written by Athanasius, who said of him: "Who ever met him grieving and failed to go away rejoicing?"