> The Festival of the Holy Innocents 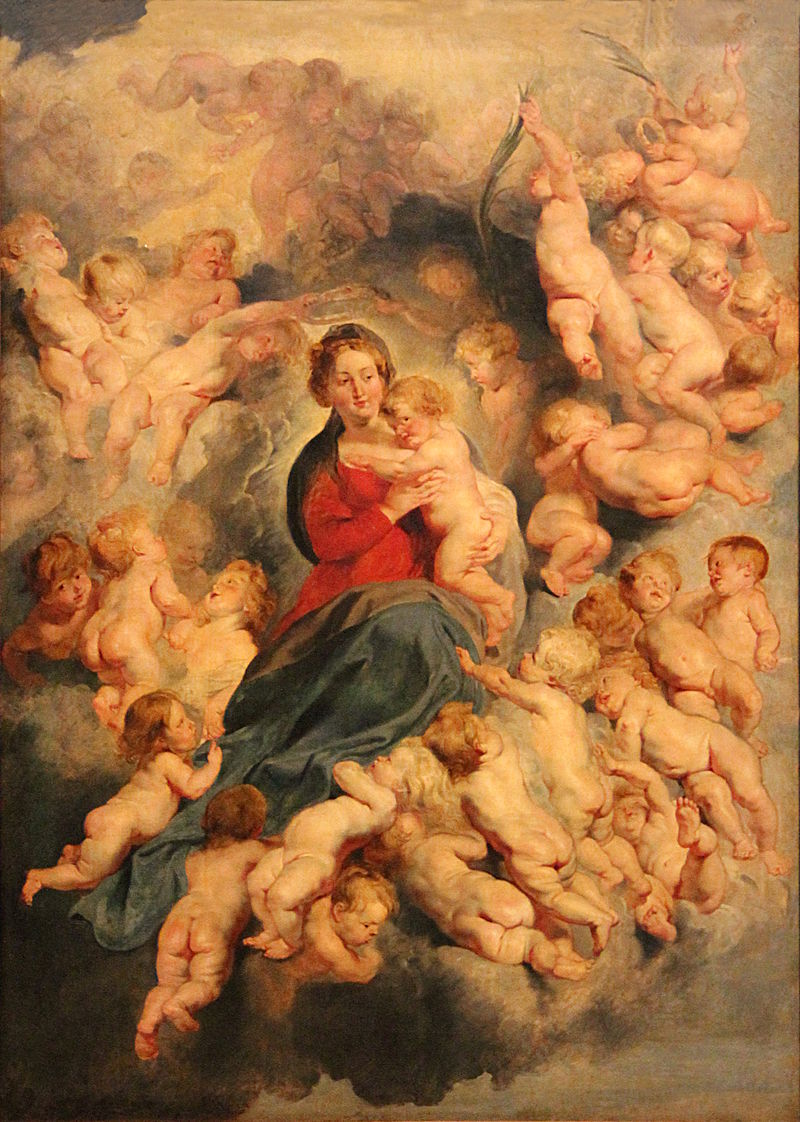 The Virgin and Child Surrounded by the Holy Innocents painted by Peter Paul Rubens at the Museum of Louvre-Lens, circa 1618

We remember this day, O God, the slaughter of the holy Innocents of Bethlehem by the order of King Herod. Receive, we beseech thee, into the arms of thy mercy all innocent victims; and by thy great might frustrate the designs of evil tyrants and establish thy rule of justice, love, and peace; through Jesus Christ our Lord, who liveth and reigneth with thee and the Holy Spirit, one God, for ever and ever. Amen. 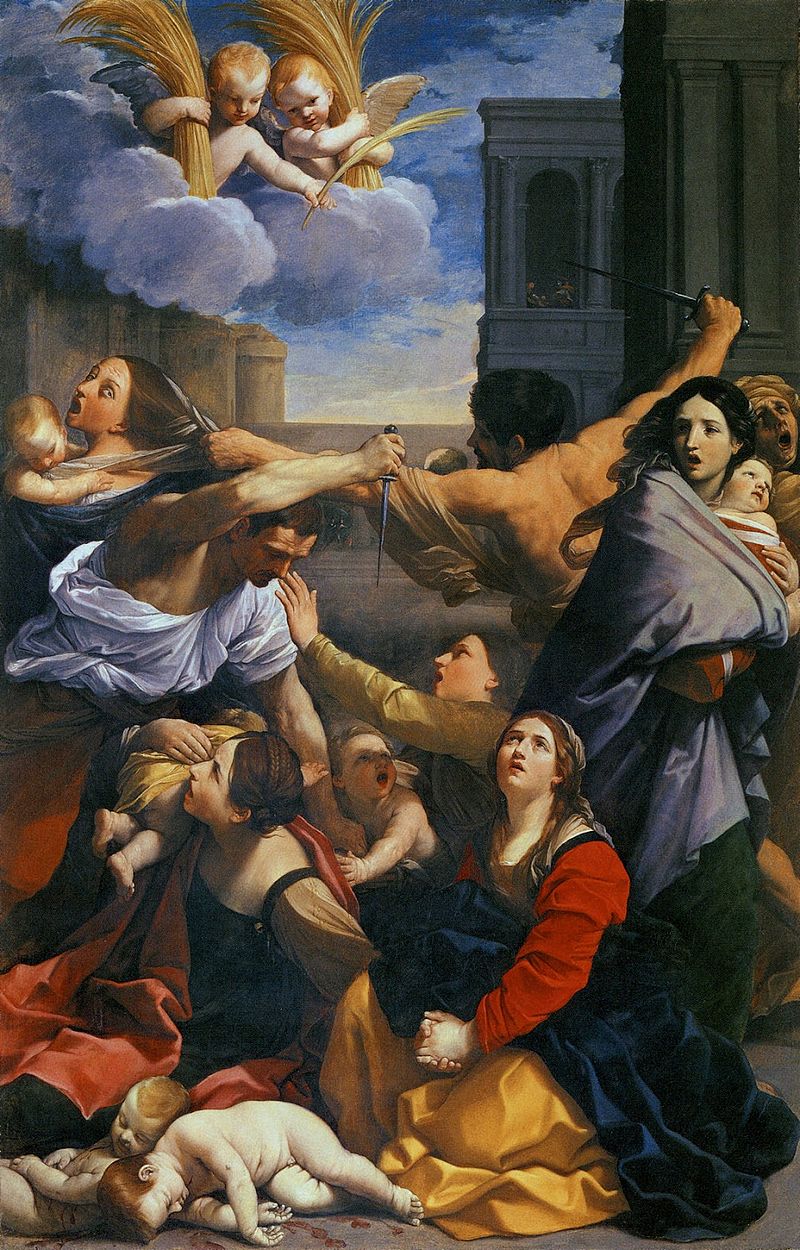 Guido Reni, Massacre of the Innocents

From the Society of the Arch Bishop Justus:

We read in Matthew 2 that when Jesus was born in Bethlehem, King Herod, fearing for his throne, ordered that all the male infants of Bethlehem be killed. These children are regarded as martyrs for the Gospel -- "martyrs in fact though not in will." Augustine called them "buds, killed by the frost of persecution the moment they showed themselves." For a discussion of the historical background of the episode, send the message Get Infancy Part1 to =Listserv@asuacad.bitnet or LISTSERV@ASU.EDU. (Note: Ignore what the file says about the Assumption of Moses. I hope to update it soon.)

From the Episcopal Encyclopedia:

Male infants slaughtered by King Herod the Great in Bethlehem in an unsuccessful attempt to kill the "king of the Jews." The Gospel of Matthew, ch. 2, records that the wise men, or Magi, from the east were seeking the child who was born king of the Jews. They had "observed his star at its rising," and came to pay him homage. They told this to Herod, which frightened him "and all Jerusalem with him." Herod feared that the young "king" would threaten his throne. The chief priests and scribes told Herod that the Messiah was to be born in Bethlehem. They also told him when the star had appeared. Herod told the wise men to search diligently for the child in Bethlehem and tell him when they found the child. He said he wanted to go to the child and pay him homage. The wise men found the child Jesus and offered him gifts of gold, frankincense, and myrrh. But the wise men were warned in a dream not to return to Herod, and "they left for their own country by another road." Herod was furious when he realized that he had been tricked by the wise men. He ordered the death of all male children in and around Bethlehem who were two years old and under. The child Jesus was not harmed because Joseph had been warned in a dream to escape to Egypt with Jesus and Mary. The feast of the Holy Innocents has been dated from the fourth century in Bethlehem and from the fifth century in North Africa and Rome. It is a major feast of the Episcopal calendar of the church year, observed on Dec. 28. The collect for this feast prays that God will receive "into the arms of your mercy all innocent victims; and by your great might frustrate the designs of evil tyrants and establish your rule of justice, love, and peace" (BCP, p. 238). The hymns "In Bethlehem a newborn boy" (Hymn 246) and "Lully, lullay, thou little tiny child" (Hymn 247) are especially appropriate for the feast of the Holy Innocents.

Click here to read our devotional for this feast day: https://stpetersdailydevotionals.wordpress.com/2020/12/27/feast-of-the-holy-innocents/