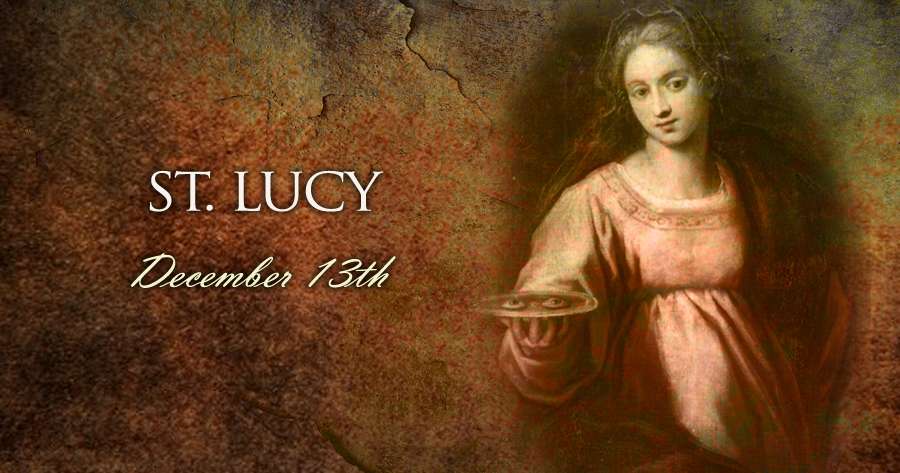 O Almighty God, by whose grace and power thy holy martyrs Lucy And Agatha triumphed over suffering and were faithful even unto death: Grant us, who now remember them with thanksgiving, to be so faithful in our witness to thee in this world, that we may receive with them the crown of life; through Jesus Christ our Lord, who liveth and reigneth with thee and the Holy Spirit, one God, for ever and ever. Amen. 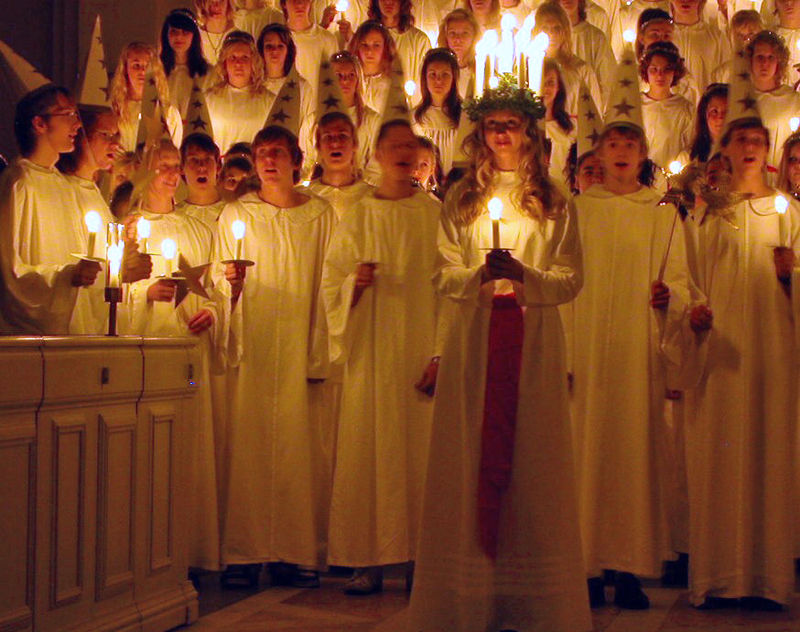 A St. Lucy Procession in Sweden

Lucy's history has been lost and all we really know for certain is that this brave woman who lived in Syracuse lost her life during the persecution of Christians in the early fourth century. Her veneration spread to Rome so that by the sixth century the whole Church recognized her courage in defense of the faith.

Because people wanted to shed light on Lucy's bravery, legends began to crop up. The one that has passed the test of time tells the story of a young Christian woman who vowed to live her life in service of Christ. Her mother tried to arrange a marriage for her with a pagan and Lucy knew her mother could not be swayed by a young girl's vow, so she devised a plan to convince her mother that Christ was the better partner for life.

After several prayers at the tomb of Saint Agatha, Lucy saw the saint in a dream. St. Agatha told Lucy her mother's illness would be cured through faith, which Lucy used to persuade her mother to give the dowry money to the poor and allow her to commit her life to God.

While Lucy and her mother were grateful to God, the rejected bridegroom was deeply angered and betrayed Lucy's faith to the governor Paschasius. The governor attempted to force her into defilement at a brothel, but the guards who came to take her away were unable to move her, even after hitching her to a team of oxen.

The guards heaped bundles of wood around her but it wouldn't burn so they finally resorted to their swords, and Lucy met her death.

Though details of her life remain unknown, it is widely known that during her lifetime Christians were persecuted for their faith. They were forced to endure horrific torture and often met painful ends during Diocletian's reign. Though the details surrounding her death remain only as legends, it is all modern-day Christians can rely on.

Lucy's legend did not end with her death. According to later accounts, Lucy warned Paschasius he would be punished. When the governor heard this he ordered the guards to gouge out her eyes; however, in another telling, it was Lucy who removed her eyes in an attempt to discourage a persistent suitor who greatly admired them.

When her body was being prepared for burial, they discovered her eyes had been restored. 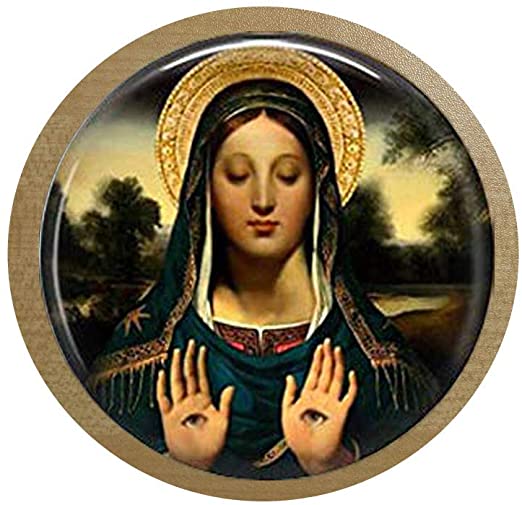 Sigebert (1030-1112), a monk of Gembloux, wrote sermo de Sancta Lucia, in which he described Lucy's body as remaining undisturbed in Sicily for 400 years until Faroald II, Duke of Spoleto, seized the island and transferred Lucy's remains to Abruzzo, Italy. It was later removed by Emperor Otho I in 972 to Metz and left in the church of St. Vincent. There is much confusion about what happened to her body after its stay at St. Vincent's, but it is believed that several pieces of her body can be found in Rome, Naples, Verona, Lisbon, Milan, Germany, France and Sweden.

In 1981, thieves stole all but her head but police were able to recover them on her feast day.

Lucy, whose name can mean "light" or "lucid," is the patron saint of the blind. She is often seen with the emblem of eyes on a cup or plate. In paintings, she is often depicted with a golden plate holding her eyes and often holds a palm branch, which is a symbol of victory over evil.