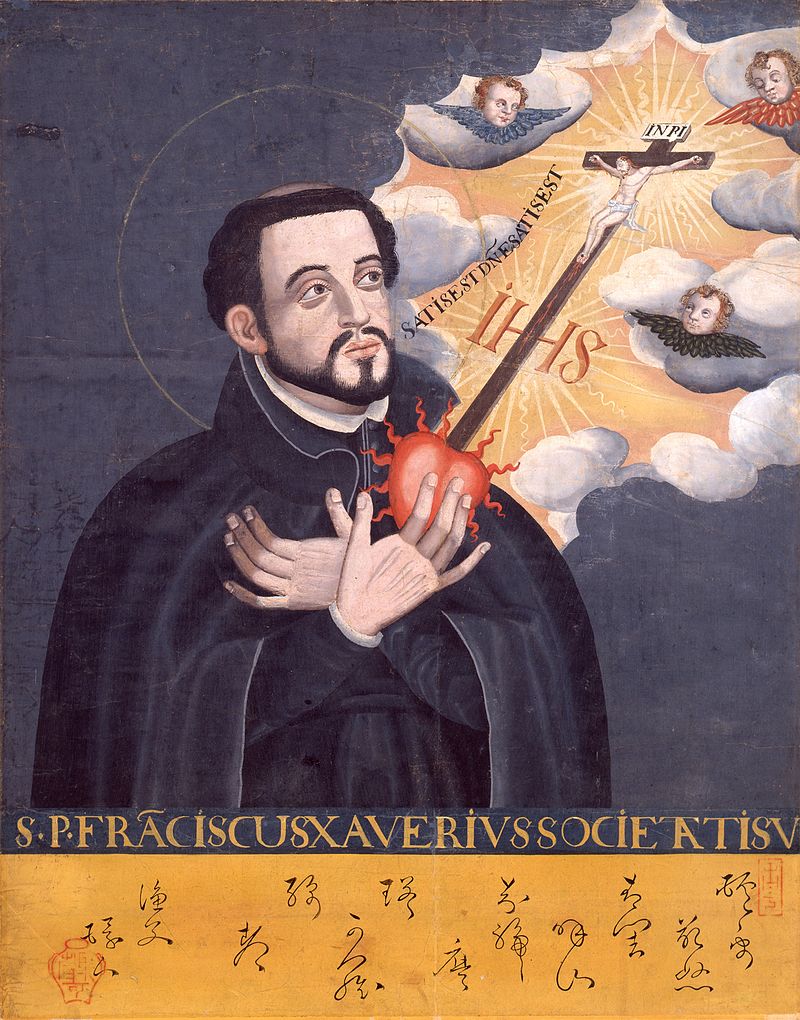 A Japanese depiction of Francis Xavier, dated to the 17th century.

Servant Francis, whom thou didst call

Francis Xavier, or Francisco do Yasu y Javier, was a Basque. (The Basques are a people from the region of Biscay in northern Spain, whose language is unrelated to any other known language.) He was born in 1506 and studied at the University of Paris, where he met Ignatius Loyola and joined together with him and five others in dedicating their lives to the will and service of God, and forming the Society of Jesus (the Jesuits) in 1534.

In 1541 Francis sailed with two companions from Portugal to the Portuguese colony of Goa on the west coast of India (arriving in May 1542), where he set about learning the language and writing a catechism for the instruction of converts.

He visited the prisons and the hospitals, conducted worship services among the lepers, and walked the streets ringing a bell to call the children for religious instruction. His chief method of instructing the people was to write verses in their language setting forth the truths of the Christian faith, and set them to music. Both words and tunes tended to be "catchy," and his doggerel instructions were extremely popular and were sung everywhere. He preached tirelessly, both to the native peoples and to the Europeans living there.

Francis found to his dismay that the Portuguese settlers and soldiers of the colony were brutal in their treatment of the natives, and that, even aside from this, their manner of life did not commend their nominal faith to the native observer. He wrote boldly to the King of Portugal to complain: "It is possible that when our Lord God calls your Highness to his Judgement that your Highness may hear angry words from him: "Why did you not punish those who were your subjects and owned your authority, and were enemies to me in India?'"

After five months in Goa, Francis went to the east coast of India, near Sri Lanka (Ceylon), where he preached to a people called the Paravas, with considerable success until the ruler of Jaffna in northern Ceylon became alarmed and suppressed his mission by force.

Throughout most of 1545 to 1547, Francis preached in Malacca (another Portuguese possession) and other places on or near the Malay Peninsula. Here he encountered a Japanese expatriate (Anjiro, later baptized as Paul), and became interested in the possibility of a Japanese mission. After a brief return to Goa, he set out for Japan with another Jesuit priest and three Japanese converts. Here he learned the language, wrote a catechism, and preached. The authorities welcomed him in some towns and prevented him from teaching in others. Altogether Francis, the first to preach the Gospel in Japan, made perhaps 2000 converts there.

He then determined to carry the Gospel to China, at that time closed to outsiders. He bribed a ship's captain to smuggle him into the country, but had barely arrived there when he was stricken with fever and died on 3 December 1552. His body was brought back to Goa and buried there.

By all acounts, he was a man who preached the Gospel with tireless energy, and with great power and effectiveness. Estimates of the number of converts that he personally baptized vary, but some of them are in the six-digit range. One biographer says that he preached to more persons than anyone else since New Testament times.

Francis wrote as follows in a letter to Ignatius:

Many, many people hereabouts are not becoming Christians for one reason only: there is nobody to make them Christians. Again and again I have thought of going around the universities of Europe, especially Paris, and crying out to the scholars: "What a tragedy: how many souls are being shut out of heaven, thanks to you!"

This thought would certainly stir most of them to listen actively to what God is saying to them. They would forget their own desires and give themselves over entirely to God's will and his choice. They would cry out with all their heart: "Lord, here am I! Send me. Send me anywhere you like -- even to India!" 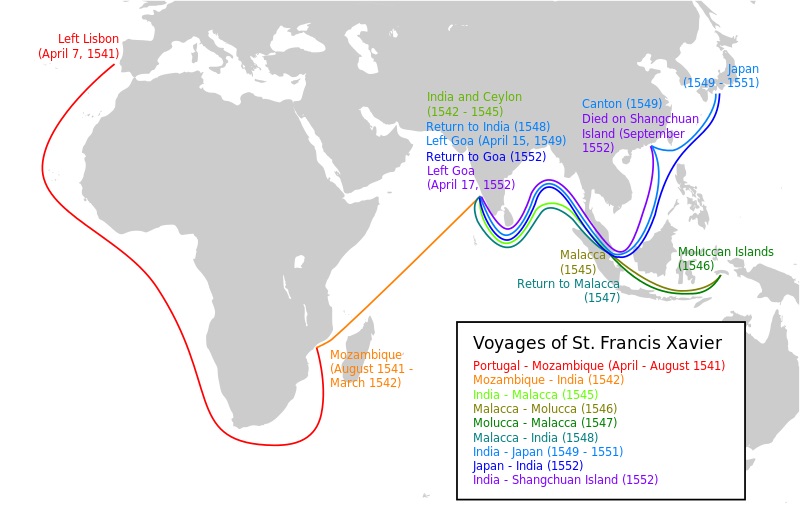