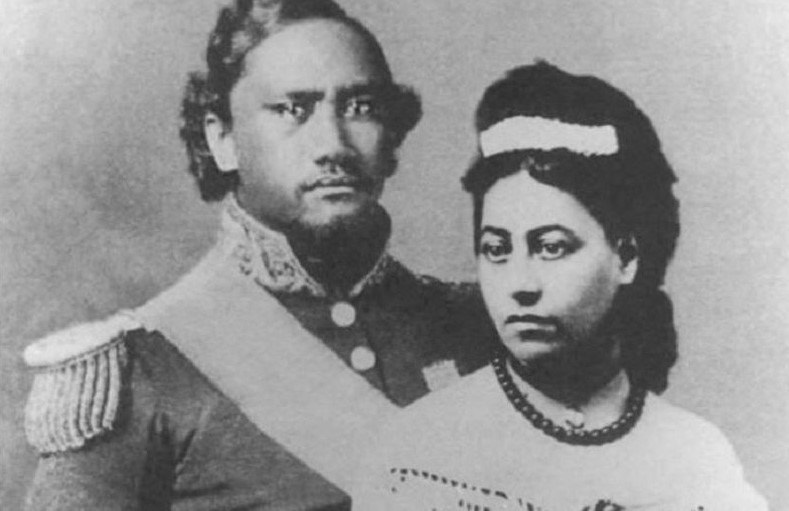 O Sovereign God, who raisedst up (King) Kamehameha (IV) and (Queen) Emma to be rulers in Hawaii, and didst inspire and enable them to be diligent in good works for the welfare of their people and the good of thy Church: Receive our thanks for their witness to the Gospel; and grant that we, with them, may attain to the crown of glory that fadeth not away; through Jesus Christ our Savior and Redeemer, who with thee and the Holy Spirit liveth and reigneth, one God, for ever and ever. Amen.

King Kamehameha IV and his wife Emma were Christian rulers who encouraged the building of Christian schools and hospitals, and who contributed greatly to the spread of Christianity among the Hawaiian people. The King was worried by the growth of American political influence, directly connected with the work of American missionaries, many of whom openly favored annexation of the islands by the United States. He accordingly invited the Church of England to send missionaries and to establish a presence in Hawaii. (While touring England as a prince, he had attended worship services, and had been favorably impressed.) But, although the King's support of the Church of England was perhaps politically motivated, his support of Christianity was not. He and his wife were earnest in their devotion to both the material and the spiritual welfare of their people. The King personally translated the Book of Common Prayer and much of the Hymnal into Hawaiian. Their only son died in 1863, and the King died, apparently of grief, on 30 November 1864. The Queen devoted the remainder of her life to charitable endeavors (Queen's Hospital, the largest civilian hospital in Hawaii, is largely her doing). She died in 1885.

(Fans of the television program, Magnum, P I, will be disappointed to learn that the King Kamehameha Club was probably named for King Kamehameha I, who was a somewhat different sort of ruler.)

Historical Note: Their successor, Kamehameha V, suspended the constitution and announced his intention to rule in the traditional autocratic manner. By the end of his life, he was too fat to walk unaided. He was the last of his dynasty. In 1893 Queen Liliuokalani was deposed and a republic proclaimed. In 1894, the republic acquired its first president, Sanford B. Dole. In 1898, the United States, (having just acquired Cuba, Puerto Rico, Guam, and the Philippines in a brief war with Spain, and being in an expansive mood) annexed the Republic of Hawaii at the request of the government thereof.

Us troops withdrew from Cuba (except for Guantanamo Naval Base) in 1902.

The Philippines became independent in 1946.

Guam has been a self-governing unincorporated Us territory since 1950. Since the 1970's, there has been talk of giving it the same status as Puerto Rico.