Almighty God, who didst give to thy servant Isaac Watts Singular gifts of rendering thy praises in verse, that he might write for thy Church an abundant supply of psalms, and hymns, and spiritual songs: Stir up, we beseech thee, the hearts of thy people, that they may joyfully sing thy praises in this life and the life to come; through thy Son Jesus Christ our Lord, who liveth and reigneth with thee and the Holy Spirit, one God, now and for ever. Amen. 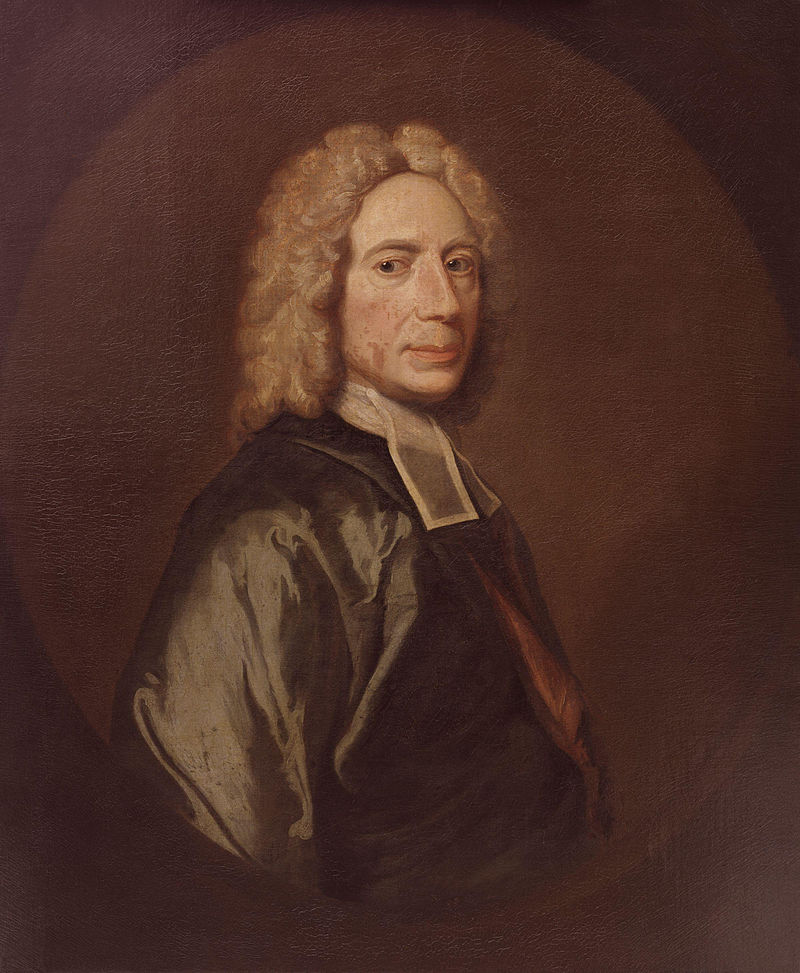 In the years immediately after the Protestant Reformation, non-Roman Churches in the West were divided on the question of hymns. The Lutherans and Moravians immediately began to develop a rich tradition of hymns in the vernacular. Most of those in the Calvinist tradition, on the other hand, maintained that God had provided His people with a set of inspired hymns in Holy Scripture, chiefly in the Psalms, and that it was not for us to pronounce His work incomplete or inadequate and set about to write our own. Accordingly, they wrote verse translations of the Psalms and sang these instead of hymns.

In the English Church, the theory was with the Lutherans, but the practice was with the Calvinists. The early Anglican reformers wanted very much to have English hymns in their worship, but none of them had a particle of talent when it came to writing hymns in English verse, and they had the taste and the humility to recognize that their efforts were unacceptably bad. So they refrained from writing hymns, and the Calvinists produced Psalms in verse, and these became by default the hymns used by all parties for worship in English.

The Whole Book of Psalms, published in 1562, went through 78 editions before 1600, and is called the Old Version. Only one psalm from it (as far as I know) is still in common use. It is a paraphrase of Psalm 100, sung to the tune known as "Old Hundred" or "The Doxology" ("Praise God from Whom all blessings flow"). It begins

All people that on earth do dwell,

Sing to the Lord with cheerful voice.

Him serve with mirth; His praise forth tell.

Come ye before Him and rejoice.

In 1696 Nahum Tate and Nicholas Brady produced the New Version, which was used side by side with the Old Version for many years. Hymns from the New Version which are still in use today include the four with the following first lines:

While shepherds watched their flocks by night

From lowest depths of woe (or: My soul with patience waits)

As pants the hart for cooling streams

And so matters stood until, in 1674, Isaac Watts was born in Southampton. Because his family were Dissenters or Non-Conformists (i.e. Protestants who did not think that the Church of England had departed sufficiently from the beliefs and practices of Rome, and who accordingly refused to conform to it), he did not attend Oxford or Cambridge, but instead was educated at the Dissenting Academy in Stoke Newington, London, until 1694. He then began a two-year period of writing, of which more later. In 1696 he became tutor and chaplain to the family of Sir John Hartopp of Leicestershire. In 1699 he became assistant minister at Mark Lane Independent (i.e. Congregational) Chapel in London, and full pastor in 1702. Then his health failed. In 1712 he was invited to spend a week at the home of the wealthy Dissenter Sir Thomas Abney in Hertfordshire. He ended up staying there for the rest of his life, devoting himself to writing. His works included, Logic, Or the Right Use of Reason in the Enquiry After Truth, a standard text at Oxford and elsewhere for several generations. His poems and songs for children were extremely popular, and became the object of parody in Alice in Wonderland (where "How doth the little busy bee improve each shining hour," became, "How doth the little crocodile improve his shining tail"). He died 25 November 1748.

(Note on the wealthy Dissenter: Because they could not study at Oxford or Cambridge, or go into professions such as law or the established clergy, bright young men of Dissenting families usually went into business or science or technology instead, and had a tendency to become prosperous. The wealthy Nonconformist is (or was) a standard British stereotype.)

Even as a small boy, Watts had a great interest in versifying. Once, during family prayers, he began to laugh. His father asked him why. He replied that he had heard a sound and opened his eyes to see a mouse climbing a rope in a corner, and had immediately thought,

A little mouse for want of stairs

Ran up a rope to say its prayers.

His father thought this irreverent, and proceeded to administer corporal punishment, in the midst of which Isaac called out,

And I will no more verses make.

When he was older, he complained of the bad quality of writing in the metrical Psalters of his day. His father promptly challenged him to do better, and he undertook the effort. During his lifetime he wrote about 600 hymns altogether, but most of his best efforts were turned out between his graduation from school when he was 20 and his taking a job teaching when he was 22. During these two Golden Years, hymns poured from his pen with the impetus of true genius.

Glancing at several hymnals (Anglican, Baptist, Lutheran, Methodist, Presbyterian), I find at least the following 43 hymns of his in common use today.

I have tagged ten of my personal favorites with *'s, meaning no offense to those omitted. A number N means that the hymn is a paraphrase of Psalm N.

One of his best known hymns is based on Psalm 90.

O God, our help in ages past,

Our hope for years to come,

Our shelter from the stormy blast

And our eternal home.

Under the shadow of Thy throne

Thy saints have dwelt secure.

Sufficient is Thine are alone,

And our defense is sure.

Before the hills in order stood,

Or earth received her frame,

From everlasting Thou art God,

To endless years the same.

A thousande ages in Thy sight

Short as the watch that ends the night

Before the rising sun.

Bears all his sons away.

They fly, forgotten, as a dream

Dies at the opening day.

O God, our help in ages past,

Our hope for years to come,

Be Thou our guide while life shall last,

And our eternal home.

The following hymn, a paraphrase of Psalm 146, is less well known.

And, when my voice is stilled in death,

Praise shall employ my nobler powers.

My days of praise shall ne'er be past

While life and thought and being last,

How happy they whose hopes rely

On Israel's God, who made the sky

And earth and sea, with all their train,

Who heals the sick, and feeds the poor,

And none shall find His promise vain.

The Lord gives eyesight to the blind;

The Lord supports the fainting mind

And gives the laboring conscience peace.

He helps the stranger in distress,

The widowed, and the fatherless,

And grants the prisoner sweet release.

I'll praise Him while He lends me breath,

And, when my voice is stilled in death,

Praise shall employ my nobler powers.

My days of praise shall ne'er be past

While life and thought and being last,

Many of Watts's hymns are based on psalms, though some more loosely than others. In the above list, I have supplied psalm numbers. On the other hand, some of his hymns are not straightforward verse translations of Psalms or other songs taken from the Scriptures, and for this Watts was criticized by those who thought it wrong to sing "uninspired hymns". He replied that, if we can pray to God in sentences that we have made up ourselves (instead of confining ourselves to the Our Father and other prayers taken directly from the Scriptures), then surely we can sing to God in sentences that we have made up ourselves. He added that the Psalms do not deal with specifically Christian themes except in hidden language, and that it is fitting that Christians should include in their worship open and clear proclamations of the acts of God in Christ. Thus his hymn (with a choice offered between two tunes):

When I survey the wondrous Cross,

Where the young Prince of Glory died,

My richest gain I count but loss,

And pour contempt on all my pride.

Forbid it, Lord, that I should boast,

Save in the death of Christ my God.

All the vain things that charm me most,

I sacrifice them to His blood.

See, from His head, His hands, His feet,

Sorrow and love flow mingled down.

Did e'er such love and sorrow meet,

Or thorns compose so rich a crown?

That were an offering far too small.