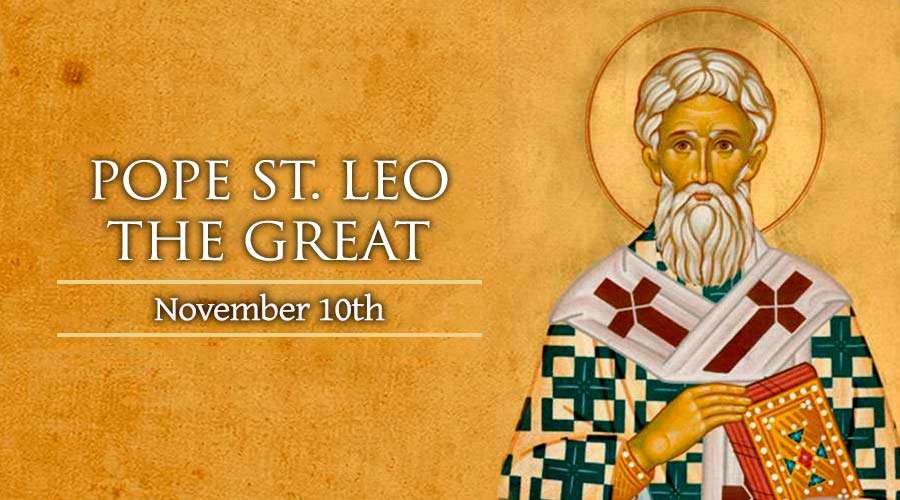 O Lord our God, grant that thy Church, following the teaching of Thy servant Leo of Rome, may hold fast the great mystery of our redemption, and adore the one Christ, true God and true Man, neither divided from our human nature nor separate from thy divine Being; through the same Jesus Christ our Lord, who liveth and reigneth with thee and the Holy Spirit, one God, now and for ever. 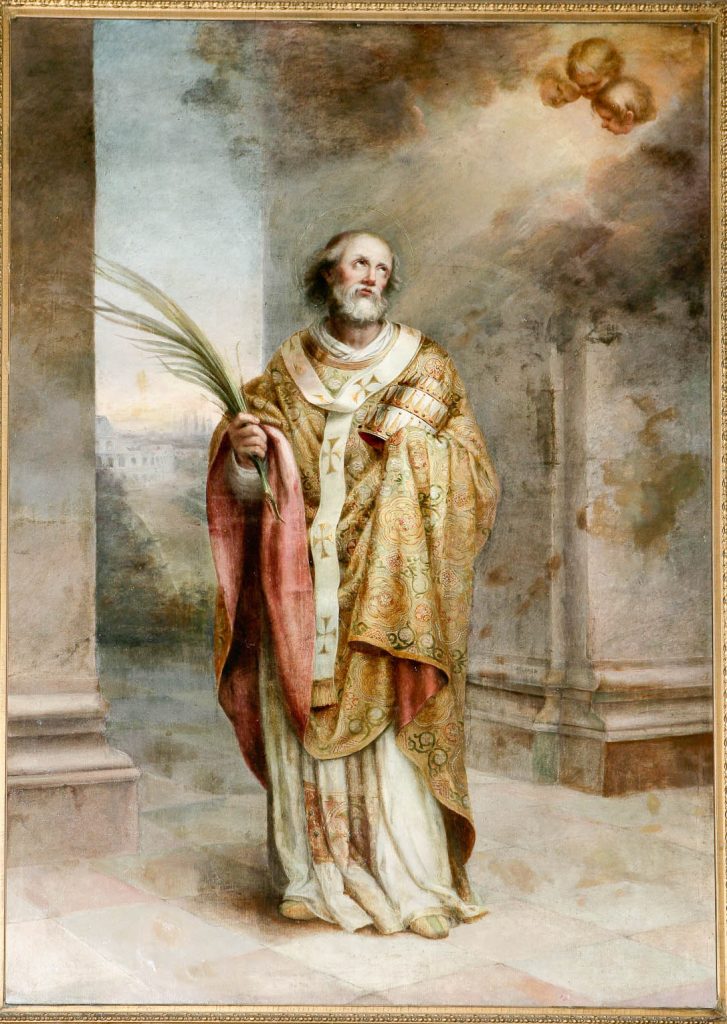 Leo I (440-461) and Gregory I (590-604) are the only two bishops of Rome commonly called "the Great." Leo, at a time when the capital of the Empire had been moved to Constantinople, and the government even in Italy no longer had its headquarters at Rome, was the most important official in the city. To him fell such prosaic tasks as supervising the distribution of grain imports and reorganizing the municipal fire department. When Attila and the Huns invaded Italy in 452, he negotiated their withdrawal, and when Gaiseric (or Genseric) the Vandal captured Rome three years later, it was Leo who prevented the total destruction of the city. It is perhaps not surprising that the theory of papal supremacy gained much ground in his day.

In his day there were disgreements about the correct way to state the truth that Jesus Christ is both God and man. In 449 Leo wrote a letter (known as the Tome of Leo) to Bishop Flavian of Constantinople, in which he affirmed that Christ has two Natures in one Person. The letter was read in 451 by the Council of Chalcedon (the fourth Ecumenical Council), and judged by them to be sound doctrine. It contributed much to the creedal statements of that council.

Leo's influence on church government will naturally get mixed reviews. But for his defense of the belief that God was in Christ, reconciling the world unto himself, all Christians may thank God.

From a sermon by Leo the Great

Although the universal Church of God is constituted of distinct orders of members, still, in spite of the many parts of its holy body, the Church subsists as an integral whole, just as the Apostle says: we are all one in Christ. . .

For all, regenerated in Christ, are made kings by the sign of the cross; they are consecrated priests by the oil of the Holy Spirit, so that beyond the special service of our ministry as priests, all spiritual and mature Christians know that they are a royal race and are sharers in the office of the priesthood. For what is more king-like that to find yourself ruler over your body after having surrendered your soul to God? And what is more priestly than to promise the Lord a pure conscience and to offer him in love unblemished victims on the altar of one's heart?