Parents of John the Baptist 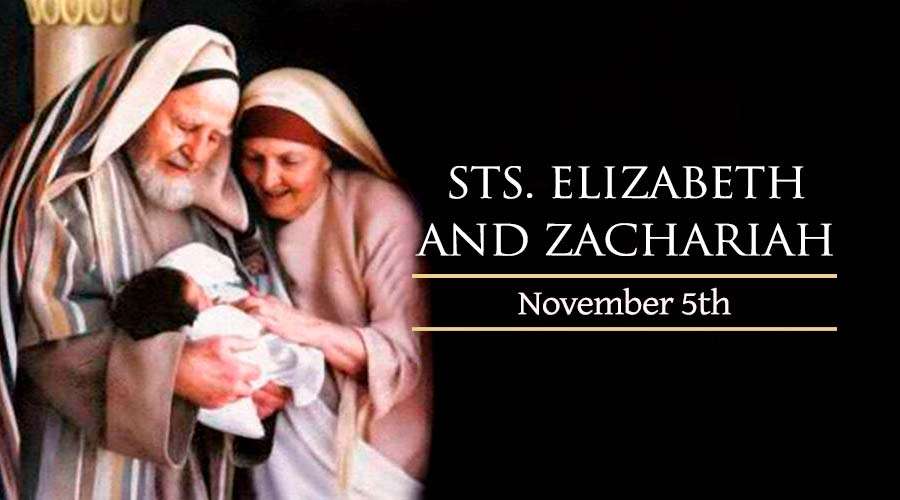 O God, who alone knits all infants in the womb, You chose improbable servants—old and childless—to conceive and parent the forerunner of Christ and, in so doing, demonstrated again Your strength in weakness. Grant us, who are as unlikely and unworthy as Zechariah and Elizabeth, the opportunity to love and serve You according to Your good and gracious will; through Jesus Christ, our Lord, who lives and reigns with You and the Holy Spirit, now and forever. 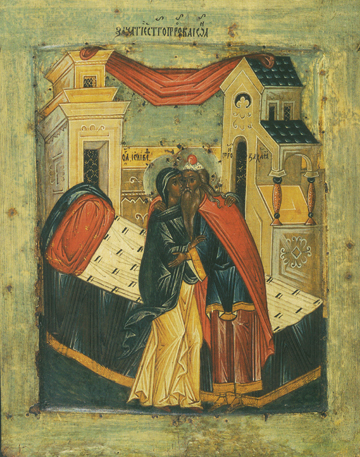 From Concordia and Koinonia:

Zechariah and Elizabeth were “righteous before God, walking blamelessly in the commandments and statutes of the Lord” (Luke 1:6). Zechariah, a priest in the Jerusalem temple, was greeted by the angel Gabriel, who announced that Zechariah and Elizabeth would become parents of a son. Initially, Zechariah did not believe Gabriel’s announcement because of their old age. For his disbelief, Zechariah became unable to speak. After their son was born,Elizabeth named their son John. Zechariah conformed his wife’s choice, and his ability to speak was restored. In response, he sang the Benedictus, a magnificent summary of God’s promises in the Old Testament and prediction of John’s work as forerunner to Jesus (Luke 1: 68-79). Zechariah and Elizabeth are remembered as examples of faithfulness and piety. (Modified from The Treasury of Daily Prayer, Concordia Publishing House).

Elizabeth in her old age gave birth to John and she surely did labor! We know Zechariah served as , “a priest before God”(St. Luke 1:

but I do not think that was a paying job. He probably had another job or vocation. We know for instance that Joseph was a carpenter but his occupation is not essential to the Biblical narrative. We know these saints by something far more important than their employment.

When we meet someone, one of the usual first question is: “So, what do you do for a living?” A job is not the totality of our “living”. As important as jobs, labor and vocations are, they are finally supportive of our real labors: maintaining marriage, family, house and home. “What do you do for a living?” I am a Father, a husband, and as well for me, a pastor. This is my life before God. This is my priestly duty, my lot. So if I were, say, an accountant, that would be a supporting vocation to my living. Critics have noted that in the old TV show, “Leave It to Beaver”, we never find out what Ward, the father of the Cleaver family, does for a job. Critics take umbrage with that but it tells us that is not crucial. The sitcom was about a family, even more the Bible! In the Scriptures, Zechariah and Elizabeth are remembered for their faith and service before God, as people of faith, a father and a mother, not their net worth.

What almost becomes overlooked by the faithful and diligent reader of the Word is that the Lord’s promises come through married couples and their families: Adam and Eve, Noah and his wife, Abraham and Sarah, Isaac and Rebekah, Jacob and Rachel and Leah and throughout all generations to Zechariah and Elizabeth and another unlikely couple: Joseph and Mary. Why does the Lord do so? I do not think we know directly from Holy Writ but we do know the Lord created marriage and family,and it was good. And given the state of the family, yes, even in the Bible, the contrast between His saving promise and our utter need for His salvation is clear! Only He can breach the gap and has. He did not want His love of His good creation, in bondage to sin, to end but be extended in His redeeming in the fullness of time: the gestation and birth of His only-begotten Son. His promise of redemption could only find it’s home in a family for the generations of humankind. We must lift up as the Church at every opportune time the importance of family and children when marriage is denigrated by same sex marriage and children in the womb are murdered and “harvested” for their organs.

Zechariah’s Song, the Benedictus (The first word in the psalm in Latin, “Blessed”) is prayed every day in Matins and Morning Prayer. It is included below. As John paved the way for the coming of Jesus the Christ, so by the Lord’s promise fulfilled to Zechariah and Elizabeth, we each and every day in prayer, in the Benedictus, prepare our selves for the work of the Messiah in our vocations. In our vocations, in these dark days, we can have opportunity as did the son of Zechariah and Elizabeth, say to someone: “Behold the Lamb of God who takes away the sin of the world” and your sin as well because He loves you. Matins is good way to begin the work day, every day we labor.