Priest and Missionary to India and Persia, 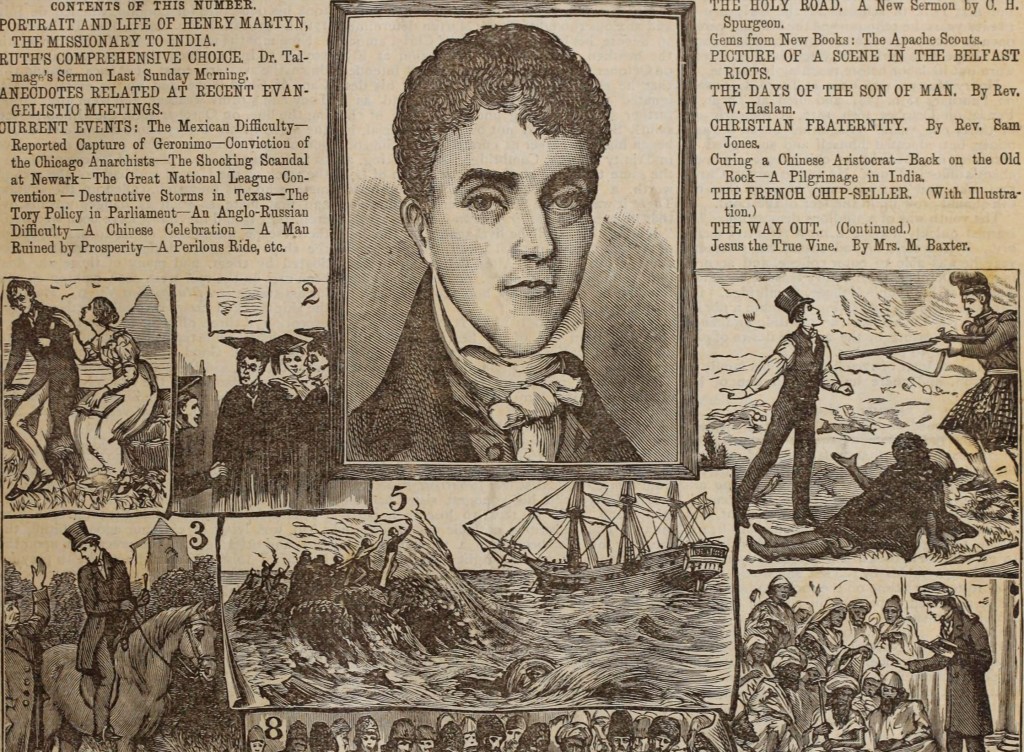 O God of the nations, who didst give to thy faithful servant Henry Martyn a brilliant mind, a loving heart, and a gift for languages, that he might translate the Scriptures and other holy writings for the peoples of India and Persia: Inspire in us, we beseech thee, a love like his, eager to commit both life and talents to thee who gavest them; through Jesus Christ our Lord, who liveth and reigneth with thee and the Holy Spirit, one God, for ever and ever.

"Henry Martyn was born in 1781, studied at Cambridge, and became Senior Wrangler. (That is, he won the Cambridge University annual mathematics problem-solving competition, and was accordingly recognized as the University's best undergraduate mathematician. 'Wrangling' is a British University expression for solving mathematical problems.) He had, moreover, a considerable facility in languages. Under the encouragement of Charles Simeon, he abandoned his intention of going into law and instead went to India as a chaplain in 1806. In the six remaining years of his life, he translated the New Testament into Hindi and Persian, revised an Arabic translation of the New Testament, and translated the Psalter into Persian and the Prayer Book into Hindi. In 1811 he left India for Persia, hoping to do further translations and to improve his existing ones, there and in Arabia. But travel in those days was not a healthy occupation, and he fell ill and eventually died at Tokat on October 16, 1812. (The American Calendar commemorates him on 19 October.) He was buried by the Armenian church there, with the honors ordinarily reserved for one of their own bishops. His diary has been called 'one of the most precious treasures of Anglican devotion.'" [1]