Almighty God, we praise thy name for thy bishop and martyr Ignatius of Antioch, who offered himself as grain to be ground by the teeth of wild beasts that he might present unto thee the pure bread of sacrifice. Accept, we pray thee, the willing tribute of our lives, and give us a share in the pure and spotless offering of thy Son Jesus Christ; who liveth and reigneth with thee and the Holy Spirit, one God, for ever and ever. Amen. 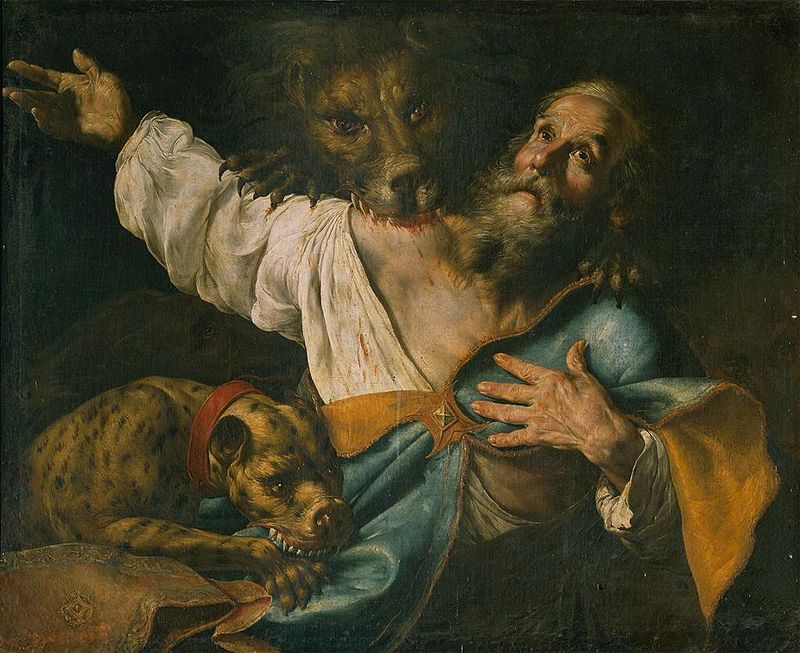 After the Apostles, Ignatius was the second bishop of Antioch in Syria. His predecessor, of whom little is known, was named Euodius. Whether he knew any of the Apostles directly is uncertain. Little is known of his life except for the very end of it. Early in the second century (perhaps around 107 Ad, during the reign of the Emperor Trajan), he was arrested by the Imperial authorities, condemned to death, and transported to Rome to die in the arena. By thus dealing with a leader, the rulers hoped to terrify the rank and file. Instead, Ignatius took the opportunity to encourage them, speaking to groups of Christians at every town along the way. When the prison escort reached the west coast of Asia Minor, it halted before taking ship, and delegations from several Asian churches were able to visit Ignatius, to speak with him at length, to assist him with items for his journey, and to bid him an affectionate farewell and commend him to the grace of God. In response he wrote seven letters that have been preserved: five to congregations that had greeted him, en masse or by delegates (Ephesians, Magnesians, Trallians, Philadelphians, and Smyrnaeans), one to the congregation that would greet him at his destination (Romans), and one to Polycarp, Bishop of Smyrna and disciple of the Apostle John.

His letters are available in several modern translations. Perhaps the most accessible is the Penguin Paperback, Early Christian Writings, translated by Maxwell Staniforth. The themes with which he is chiefly concerned are (1) the importance of maintaining Christian unity in love and sound doctrine (with warnings against factionalism and against the heresy of Docetism -- the belief that Christ was not fully human and did not have a material body or really suffer and die), (2) the role of the clergy as a focus of Christian unity, (3) Christian martyrdom as a glorious privilege, eagerly to be grasped.

I am God's wheat, ground fine by the lion's teeth to be made

No early pleasures, no kingdoms of this world can benefit me in Any way. I prefer death in Christ Jesus to power over the farthest limits of the earth. He who died in place of us is the one object of my quest. He who rose for our sakes is my one desire. The time for my birth is close at hand. Forgive me, my brothers. Do not stand in the way of my birth to real life; do not wish me stillborn. My desire is to belong to God. Do not, then, hand me back to the world. do not try to tempt me with material things. Let me attain pure light. Only on my arrival there can I be fully a human being. Give me the privilege of imitating the passion of my God. 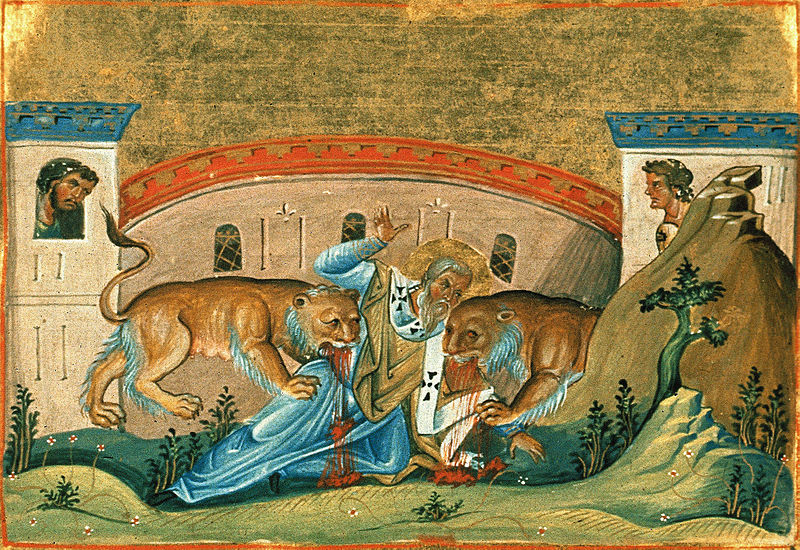 Painting of Ignatius of Antioch from the Menologion of Basil II (c. 1000 AD)