Bishop of York and Missionary, 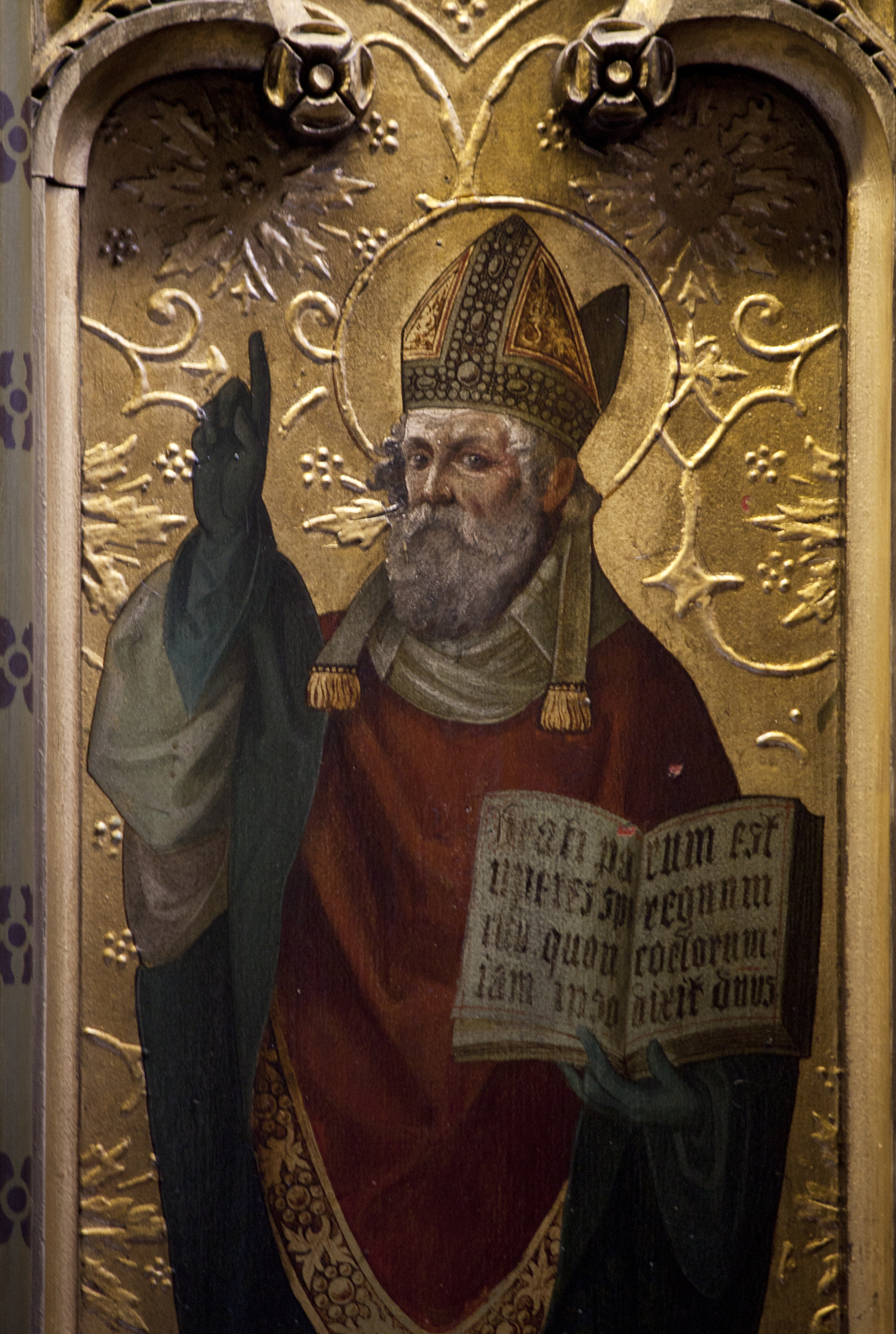 Almighty and everlasting God, we thank thee for thy servant Paulinus, whom thou didst call to preach the Gospel to the people of northern England. Raise up, we beseech thee, in this and every land evangelists and heralds of thy kingdom, that thy Church may proclaim the unsearchable riches of our Savior Jesus Christ; who liveth and reigneth with thee and the Holy Spirit, one God, now and for ever.

Map of some of the English kingdoms circa 600 AD

"In the middle 400's the pagan Anglo-Saxons invaded Britain, driving the Christian Britons north and west into Cornwall, Wales, Scotland, and Ireland. In 597 a band of monks headed by Augustine of Canterbury (feast 26 May--not to be confused with Augustine of Hippo) arrived in southeastern England, in the kingdom of Kent, and began to evangelize the people there, with considerable success. In 601 a second group of monks arrived, including Paulinus (born around 584). Sometime after 616, Edwin, the pagan king of Northumbria (the region north of the Humber river--roughly the northern quarter of England), asked for the hand in marriage of Ethelburga, the sister of the king of Kent. He was told that a Christian princess could not marry a pagan, but he promised that she would be free to practice her religion, and that he would listen to Christian preachers, and seriously consider becoming a Christian himself. At this Ethelburga agreed to marry him, and went north in 625, taking with her as chaplain the monk Paulinus, who was consecrated bishop for the purpose. Edwin heard the preaching of Paulinus for many months, and finally consulted his advisors. Coifi, the high priest of the pagan religion, advised adopting Christianity, since he said that the pagan religion had not proved satisfactory. Another nobleman agreed, saying: "Life is like a banquet hall. Inside is light and fire and warmth and feasting, but outside it is cold and dark. A sparrow flies in through a window at one end, flies the length of the hall, and out through a window at the other end. That is what life is like. At birth we emerge from the unknown, and for a brief while we are here on this earth, with a fair amount of comfort and happiness. But then we fly out the window at the other end, into the cold and dark and unknown future. If the new religion can lighten that darkness for us, then let us follow it." The other elders and counselors of the king gave similar advice, and so in 627 the king and many of his chief men were baptized. Other conversions followed, and the Church in Northumbria flourished. However, six years later, King Edwin was defeated and killed by Cadwallon of Wales and Penda of Mercia at the battle of Hatfield Chase. Paulinus left his deacon James in charge of what remained of the Church there, and took Queen Ethelburga and her children back to Kent by ship. There the elderly Paulinus was given the bishopric of Rochester, which he held till his death on 10 October 644. For the continuing story of the Church in Northumbria, see Oswald, King of Northumbria (5 August 642) and Aidan, missionary (31 August 651)." [1]