> Commemoration: Constance and her Companions, Martyrs of Memphis

Constance and her Companions, 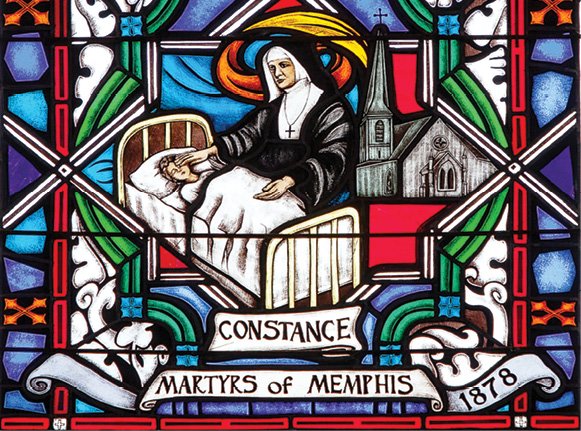 A stained-glass window at All Saints Chapel at the University of the South in Sewanee pays tribute to Sister Constance and the Martyrs of Memphis.

Photograph by Robert Butler, courtesy University of the South.

Memphis suffered periodic epidemics of yellow fever, a mosquito-borne viral infection, throughout the 19th century. The worst of the epidemics occurred in the summer of 1878, when 5,150 Memphians died. Five years earlier, a group of Episcopal nuns from the recently formed Sisterhood of St. Mary arrived in Memphis to operate the St. Mary's School for Girls, which was relocated to the cathedral site. When the 1878 epidemic struck, a number of priests and nuns (both Protestant and Catholic), doctors, and even the proprietress of a bordello stayed behind to tend to the sick and dying. The Episcopal nuns' superior, Sister Constance, three other Episcopal nuns, and two Episcopal priests are known throughout the Anglican Communion as "Constance and Her Companions" or the "Martyrs of Memphis". Added to the Episcopal Church's Lesser Feasts and Fasts in 1981, their feast day (September 9) commemorates their sacrifices.

A traditional Anglican prayer memorializes the Martyrs in this way:
We give thee thanks and praise, O God of compassion, for the Heroic witness of Constance and her companions, who, in a time of plague and pestilence, were steadfast in their care for the sick and the dying, and loved not their own lives, even unto death. Inspire in us a like love and commitment to those in need, following the example of our Savior Jesus Christ...

The high altar of the cathedral, consecrated on Whitsunday 1879, was commissioned by Bishop Quintard to memorialize the Sisters of St. Mary who died. Inscribed on the altar steps are "Alleluia Osanna," Constance's last words. Sister Hughetta (Snowden) survived the plague, and when she died in 1926, her name was added to the steps, replacing the verse, "He feedeth among the lilies." The reredos (altar backdrop) is also a memorial to Sister Hughetta. 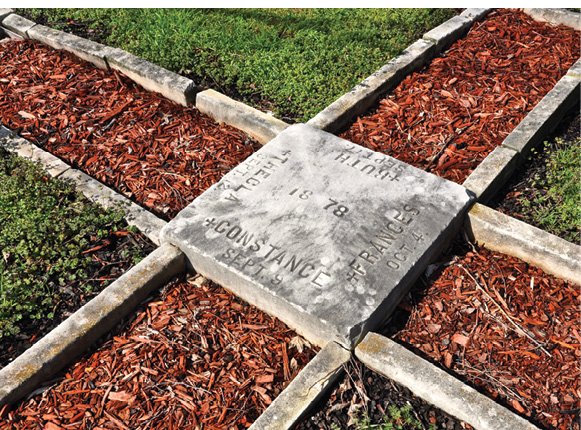 The four nuns of St. Mary’s who perished treating other victims during the 1878 yellow fever epidemic were laid to rest in Elmwood Cemetery. 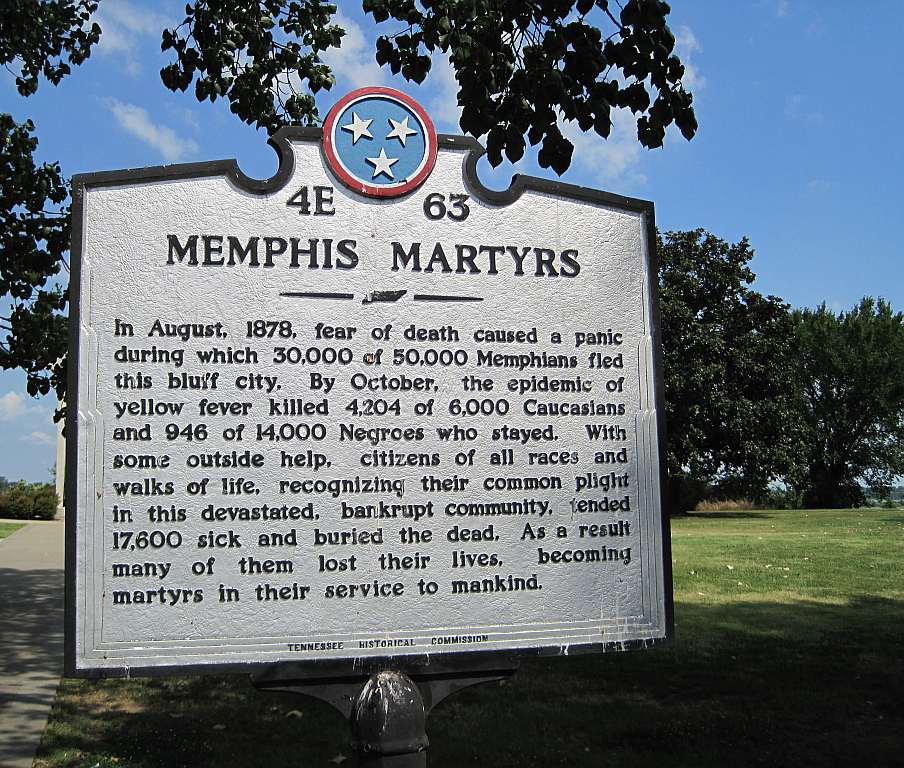 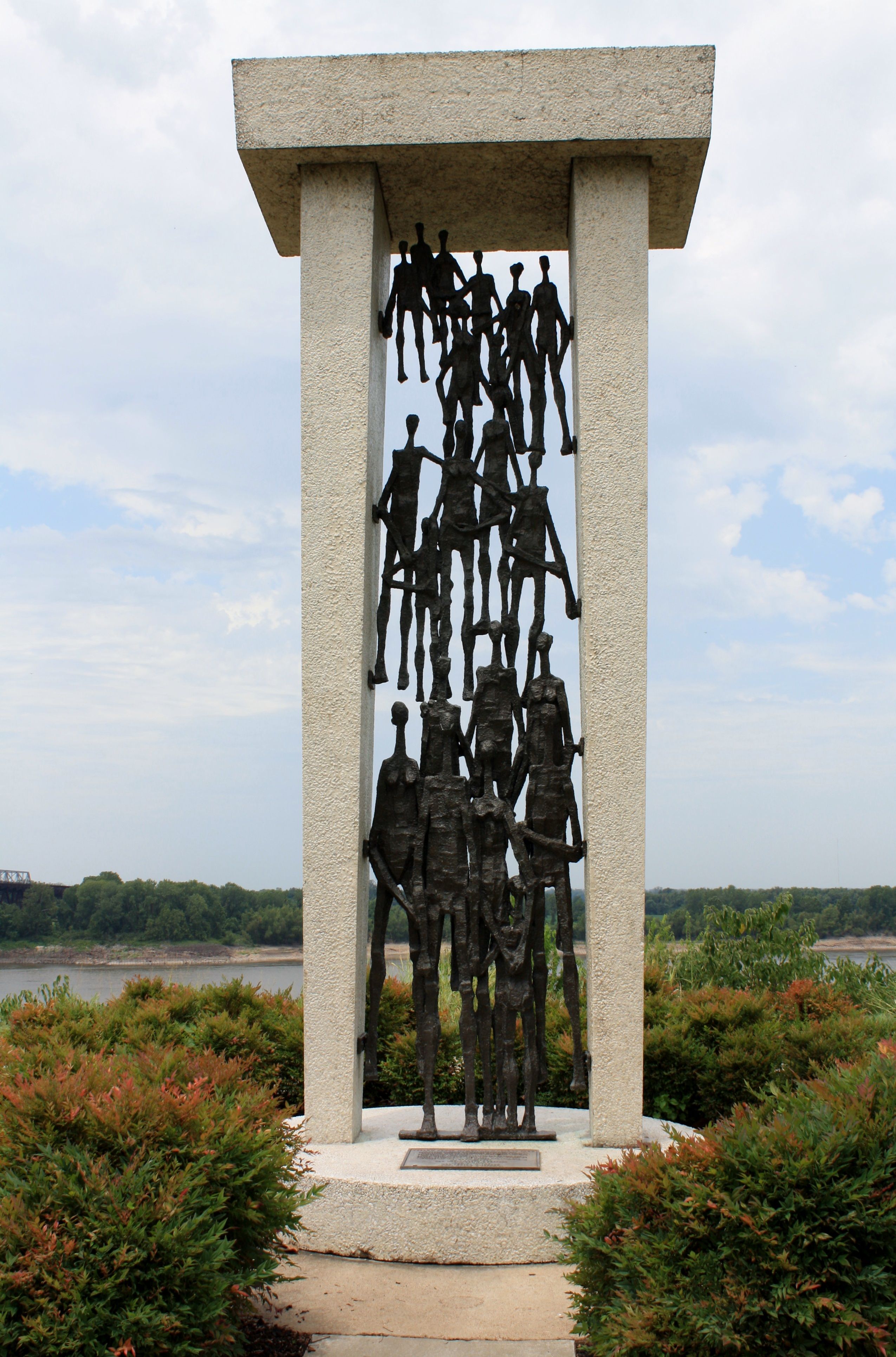