and Translator of the Bible, 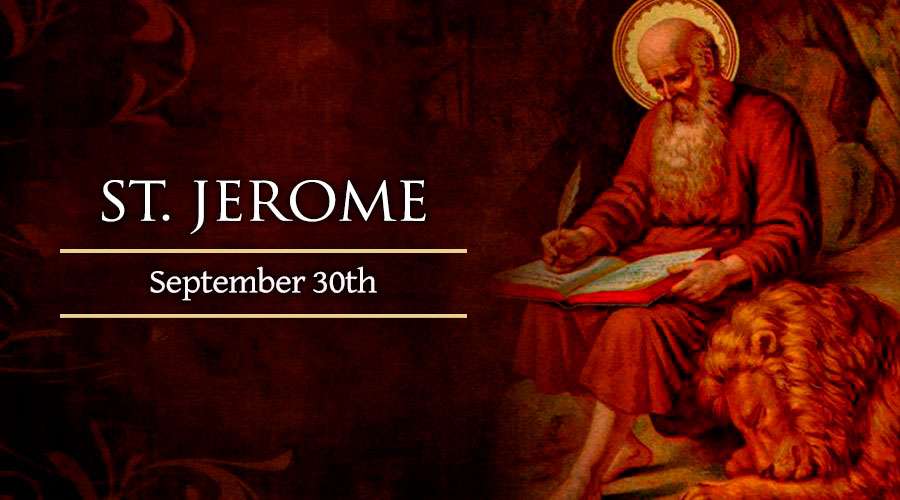 O Lord, thou God of truth, whose Word is a lantern to our feet And a light upon our path: We give thee thanks for thy servant Jerome, and those who, following in his steps, have labored to render the Holy Scriptures in the language of the people; and we beseech thee that thy Holy Spirit may overshadow us as we read the written Word, and that Christ, the living Word, may transform us according to thy righteous will; through the same Jesus Christ our Lord, who liveth and reigneth with thee and the Holy Spirit, one God, for ever and ever. 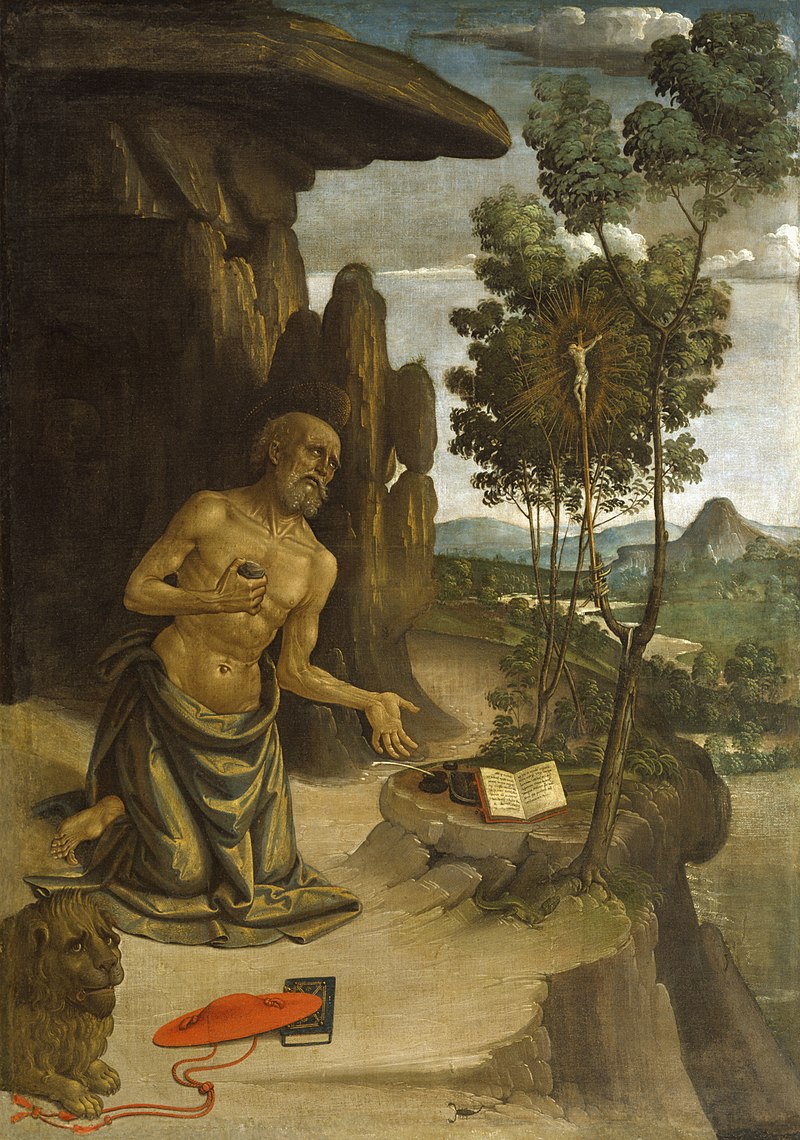 Jerome was the foremost biblical scholar of the ancient Church. His translation of the Bible, along with his commentaries and homilies on the biblical books, have made him a major intellectual force in the Western Church.

Jerome was born in about 347, and was converted and baptized during his student days in Rome. On a visit to Trier, he found himself attracted to the monastic life, which he tested in a brief but unhappy experience as a hermit in the deserts of Syria. At Antioch, he continued his studies in Hebrew and Greek. In 379, he went to Constantinople where he studied under Gregory of Nazianzus. From 382 to 384 he was secretary to Pope Damasus I, and spiritual director of many noble Roman ladies who were becoming interested in the monastic life. It was Damasus who set him the task of making a new translation of the Bible into Latin -- into the popular form of the language, hence the name of the translation: the Vulgate. After the death of Damasus, Jerome returned to the East, and estabished a monastery at Bethlehem, where he lived and worked until his death on 30 September 420.

Jerome is best known as the translator of the Bible into Latin. A previous version (now called the Old Latin) existed, but Jerome's version far surpassed it in scholarship and in literary quality. Jerome was well versed in classical Latin (as well as Greek and Hebrew), but deliberately translated the Bible into the style of Latin that was actually spoken and written by the majority of persons in his own time. This kind of Latin is known as Vulgate Latin (meaning the Latin of the common people), and accordingly Jerome's translation is called the Vulgate.

Vulgate Latin is classical Latin in the first stages of evolving into such modern languages as Spanish, French, and Italian. It has begun the process of changing from an inflected language (in which words have various endings, or inflections, which are used to show the relation of the word to other words in the sentence) to a separate-word language like English (in which additional words, such as prepositions, are used, along with word order, to show the function of the word). Thus, in classical Latin, "He spoke to me," is Dixit Mihi or Mihi Dixit, but in Vulgate Latin it is Dixit AD Me.

In the second century Bc, Jewish scholars in Alexandria, Egypt, had translated the Hebrew Scriptures into Greek. Tradition had it that this translation was the work of 70 (or 72) scholars, and accordingly the result was known as the Septuagint (often written as LXX). The LXX contains six or more books (there is some leeway here) not found in the standard Hebrew text, known as the Masoretic Text (or Mt), and sometimes reads differently from the Mt in particular verses. The New Testament writers, except for Matthew, when they are quoting the Old Testament, usually quote from the LXX. The differences in readings between the Mt and the LXX were formerly explained by assuming that the LXX translators were sometimes not very good translators. However, very ancient Hebrew manuscripts of the Bible, recently found at Qumran and elsewhere, often agree with the LXX against the Mt. Accordingly, it is now generally supposed that the LXX is a fairly accurate translation of Hebrew manuscripts available at the time, and that sometimes the manuscripts that the LXX translators worked from differed from the manuscripts that became the basis for the standardised Hebrew text that we know today.

The early Christians, most of whom knew Greek but not Hebrew, were accustomed to use the LXX as their version of the Old Testament Scriptures. (So, for that matter, did most Jews living in the Roman Empire outside of the land of Israel itself.) The Old Latin translation had been made from the Greek. But Jerome was determined to make his translation from the Hebrew, partly because he considered it to be more accurate, and partly because he wanted a text that he could use as a basis for argument with Jewish opponents, without having them object, "But that is not what the Hebrew text says."

The history of the Psalms in English is in some ways similar. In 1611, the King James Version of the Bible was published, and generally accepted by English-speakers. However, the Psalms in English were already an established part of public worship in the Coverdale translation of 1536 or thereabouts. For roughly 75 years worshippers in England had been reading, saying, singing, or chanting the Psalms in the Coverdale translation (also called the Prayer Book Version). Their response to the Psalms in the King James Version was: "What is this nonsense! Take away this new-fangled modern translation, and leave me to recite the Psalms in the good old-fashioned version that I learned at the knee of my dear old silver-haired mother, the most magnificent version that the pen of man has ever written, the version that has comforted and sustained me all the days of my life." So, when you attend an Anglican funeral, and you hear the choir chanting,

The Lord is my shepherd,

Therefore can I lack nothing.

He shall feed me in a green pasture,

and lead me forth beside the waters of comfort.

You are hearing the Coverdale Psalter. And for some of us, at least, it is a great tree, deeply rooted in the soil of English Christianity, and full of complex associations that make reading it a deeply moving experience.

(I have heard rumors that there are versions of the Psalter

Used in some circles, that are even more modern and trendy than the

Saint Jerome in His Study, by Niccolò Antonio Colantonio c. 1445–46, depicts Jerome's removal of a thorn from a lion's paw.

Jerome was intemperate in controversy, and any correspondence with him tended to degenerate into a flame war. (His friendship with Augustine, conducted by letter, nearly ended before it began. Fortunately Augustine sized him up correctly, soothed his feelings, and was extremely tactful thereafter.) His hot temper, pride of learning, and extravagant promotion of asceticism involved him in many bitter controversies over questions of theology and of Bible interpretation. However, he was candid at times in admitting his failings, and was never ambitious for either worldly or churchly honors. He was a militant champion of orthodoxy, a tireless worker, and a scholar of rare gifts.