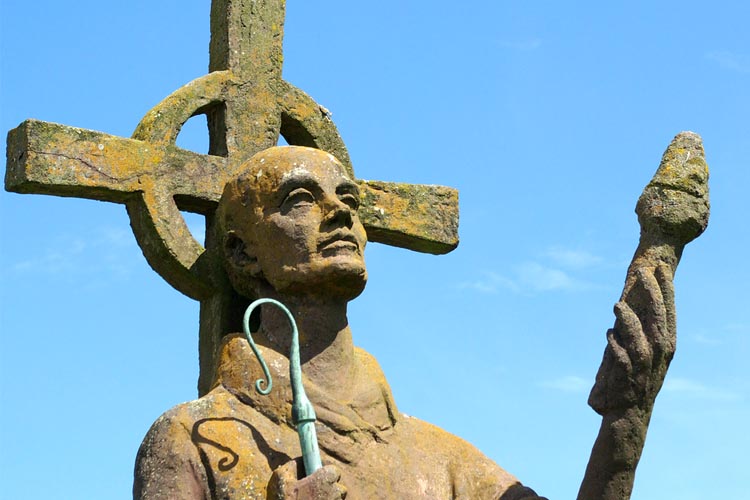 O loving God, who didst call thy servant Aidan from the Peace of a cloister to re-establish the Christian mission in northern England, and didst endow him with gentleness, simplicity, and strength: Grant, we beseech thee, that we, following his example, may use what thou hast given us for the relief of human need, and may persevere in commending the saving Gospel of our Redeemer Jesus Christ; who liveth and reigneth with thee and the Holy Ghost, one God, for ever and ever. 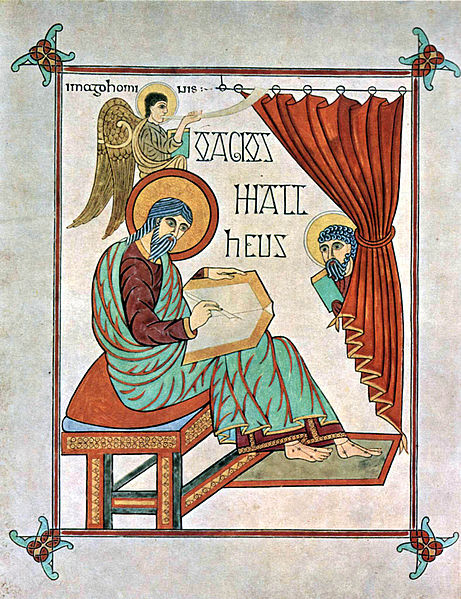 The Gospel first came to the northern English in 627, When King Edwin of Northumbria was converted by a mission from Canterbury led by Bishop Paulinus, who established his see at York. Edwin's death in battle in 632 was followed by a severe pagan reaction. A year later, Edwin's exiled nephew Oswald gained the kingdom, and proceeded at once to restore the Christian mission.

During his exile, Oswald had lived at Columba's monastery of Iona, where he had been converted and baptized. Hence he sent to Iona, rather than to Canterbury, for missionaries. The head of the first mission was a man of no tact, who soon returned home to report that the English were unteachable. A fellow monk named Aidan suggested that his approach was too harsh. Thereupon Aidan was sent out to replace him. He centered his work, not at York, but in imitation of his home monastery, on Lindisfarne, an island off the northeast coast of England, not far south of the Scottish border, now often called simply Holy Island (latitude 55d41m N, longitude 1d48m W). It is a tidal island, or semi-island. As Walter Scott says somewhere in Marmion,

For, with the ebb and flow, its style

Varies from continent to isle.

the weary pilgrims find their way,

and twice each day the waves efface

of stave and sandal every trace.

With his fellow monks and the English youths whom he trained, Aidan restored Christianity in Northumbria, King Oswald often serving as his interpreter, and extended the mission through the midlands as far south as London.

Aidan died at the royal town of Bamborough, 31 August, 651. The historian Bede said of him: "He neither sought nor loved anything of this world, but delighted in distributing immediately to the poor whatever was given him by kings or rich men of the world. He traversed both town and country on foot, never on horseback, unless compelled by some urgent necessity. Wherever on his way he saw any, either rich or poor, he invited them, if pagans, to embrace the mystery of the faith; or if they were believers, he sought to strengthen them in their faith and stir them up by words and actions to alms and good works."

Reply Braidge
5:42 PM on September 17, 2022
THERE HAVE BEEN RARE REPORTS OF SERIOUS VENTRICULAR DYSRHYTHMIAS SOMETIMES ASSOCIATED WITH DEATH, WHICH MAY BE SUDDEN. doxiclat for sale in usa

Reply essexMymn
1:48 AM on September 14, 2022
magnesium and tamoxifen interaction

Reply Effivat
7:56 AM on September 8, 2022
generic for cialis Arousal may involve having sexual thoughts