Bishop of Carthage and Martyr, 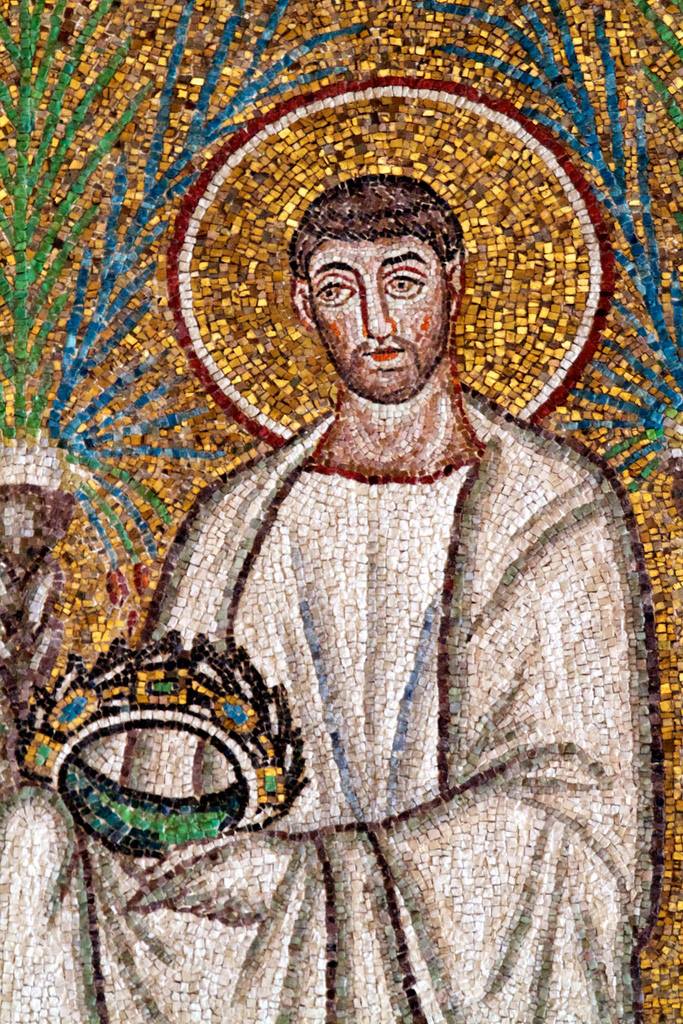 Almighty God, who didst give to thy servant Cyprian boldness to Confess the Name of our Savior Jesus Christ before the rulers of this world, and courage to die for this faith: Grant that we may always be ready to give a reason for the hope that is in us, and to suffer gladly for the sake of the same our Lord Jesus Christ; who liveth and reigneth with thee and the Holy Spirit, one God, for ever and ever. 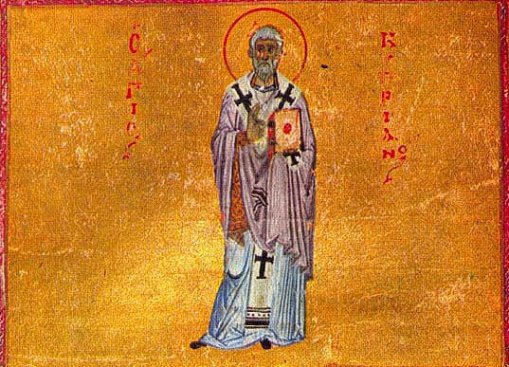 Cyprian was born around 200 AD in North Africa, of pagan parents. He was a prominent trial lawyer and teacher of rhetoric. Around 246 he became a Christian, and in 248 was chosen Bishop of Carthage. A year later the persecution under the Emperor Decius began, and Cyprian went into hiding. He was severely censured for this (unjustly on my view -- see Mt 2:13; 10:23; 24:16). After the persecution had died down, it remained to consider how to deal with the lapsed, meaning with those Christians who had denied the faith under duress. Cyprian held that they ought to be received back into full communion after suitable intervals of probation and penance, adjusted to the gravity of the denial. In this he took a middle course between Novatus, who received apostates with no probation at all, and Novatian, who would not receive them back at all, and who broke communion with the rest of the Church over this issue, forming a dissident group particularly strong in Rome and Antioch. (Novatus, somewhat surprisingly, ended up joining the party of Novatian.) Cyprian, who held the same position as the Bishop of Rome on the treatment of the lapsed, wrote urging the Christians of Rome to stand with their bishop.

Later, the question arose whether baptisms performed by heretical groups ought to be recognized as valid by the Church, or whether converts from such groups ought to be rebaptized. Cyprian favored re-baptism, and Bishop Stephen of Rome did not. The resulting controversy was not resolved during Cyprian's lifetime.

During the reign of the Emperor Valerian, Carthage suffered a severe plague epidemic. Cyprian organized a program of medical relief and nursing of the sick, available to all residents, but this did not prevent the masses from being convinced that the epidemic resulted from the wrath of the gods at the spread of Christianity. Another persecution arose, and this time Cyprian did not flee. He was arrested, tried, and finally beheaded on 14 September 258. (Because 14 is Holy Cross Day, he is usually commemorated on a nearby open day.) We have an account of his trial and martyrdom.

Many of his writings have been preserved. His essay On the Unity of The Catholic Church stresses the importance of visible, concrete unity among Christians, and the role of the bishops in guaranteeing that unity. It has greatly influenced Christian thought, as have his essays and letters on Baptism and the Lord's Supper. He has been quoted both for and against the Roman Catholic claims for Papal authority.