and Founder of the 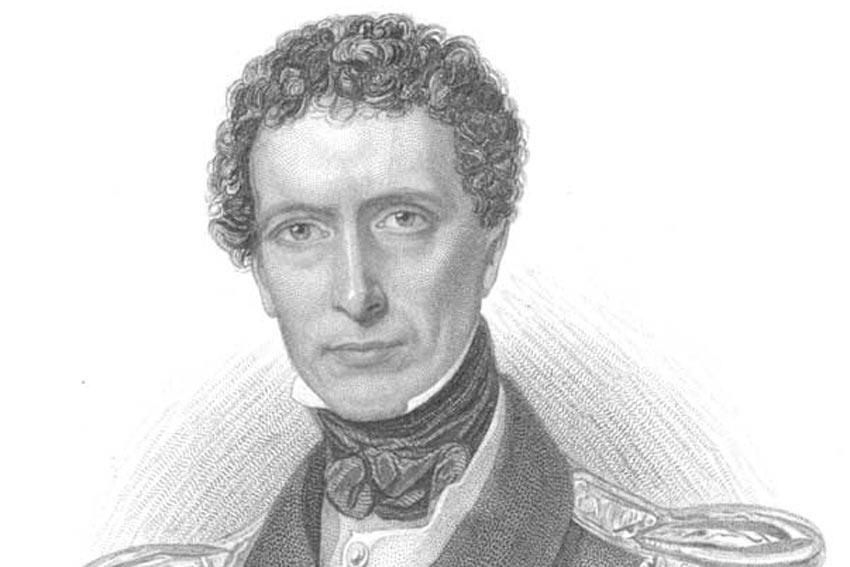 From the Church Mission Society:

6 September is Allen Gardiner Day in the Anglican calendar in honour of the man who founded what became the South American Mission Society (SAMS) and who sacrificed his life as one of its first missionaries.

From a Christian upbringing in Berkshire, his embarking on a naval career and the death of his mother led him to turn away from his faith. But on a voyage to Cape Town, Ceylon, India, Malaysia and China, a spiritual crisis resulted in his emphatic conversion to Jesus Christ.

He yearned to share Christ on his travels. After leaving the navy and suffering the death of his wife, Julia, he set out to evangelise Zulus in South Africa and became the founder of Christianity in Natal. He was an integral part of the meeting at which Durban was proclaimed a town and a plaque records how he laid out and named the town after the then Governor of the Cape.

Wherever he went, Gardiner faced opposition from the authorities, secular and religious. With his second wife Elizabeth he began to focus on South America but his desire to share Christ with Chilean Mapuches – which included a family journey of 1000 miles overland by pack mule from Buenos Aires to Santiago and Concepción – again met with hostility. In 1842 he made his base in the Falklands and contacted Patagonian Indians. This led to the formation of the Patagonian Missionary Society two years later after other societies, including CMS, were unable to agree to his request to take responsibility for this new ministry.

Another unsuccessful mission followed, this time to Bolivian Indians of the Gran Chaco, so the indomitable Gardiner turned back to Patagonia and spearheaded a bold but tragic attempt in 1850-51 to evangelise the Indians of Tierra del Fuego. Six men, including three Cornish fishermen, accompanied him, but fierce weather, Indian hostility, and a series of errors and logistical problems led to disease and death on the island, illustrated here by Pat G de Hunter’s drawing. Gardiner’s journal, water-damaged but readable, was found in his hand the following year by the crew of HMS Dido, and includes the plea to God, “Let not this mission fail”, and this prayer:

“Grant O Lord, that we may be instrumental in commencing this great and blessed work; but should Thou see fit in Thy providence to hedge up our way, and that we should even languish and die here, I beseech Thee to raise up others and to send forth labourers into this harvest. Let it be seen, for the manifestation of Thy Glory and Grace that nothing is too hard for Thee…”

The diary is now in the Church Mission Society archives. The work of the Society in the subsequent 160 years and the growth of the Anglican Churches of South America are God’s answer to the prayer. Gardiner had many failures in his life, but his solid, resolute faith is an inspiration and he merits his place in the Anglican calendar as one of the heroes of God’s kingdom.

Many biographies of Gardiner have been written. The first by his brother-in-law, John Marsh, was published in 1857; the next, by Marsh and Waite Stirling, Bishop of the Falkland Islands, appeared in 1867. The sixth edition of this work (1883) is on the Project Canterbury website.