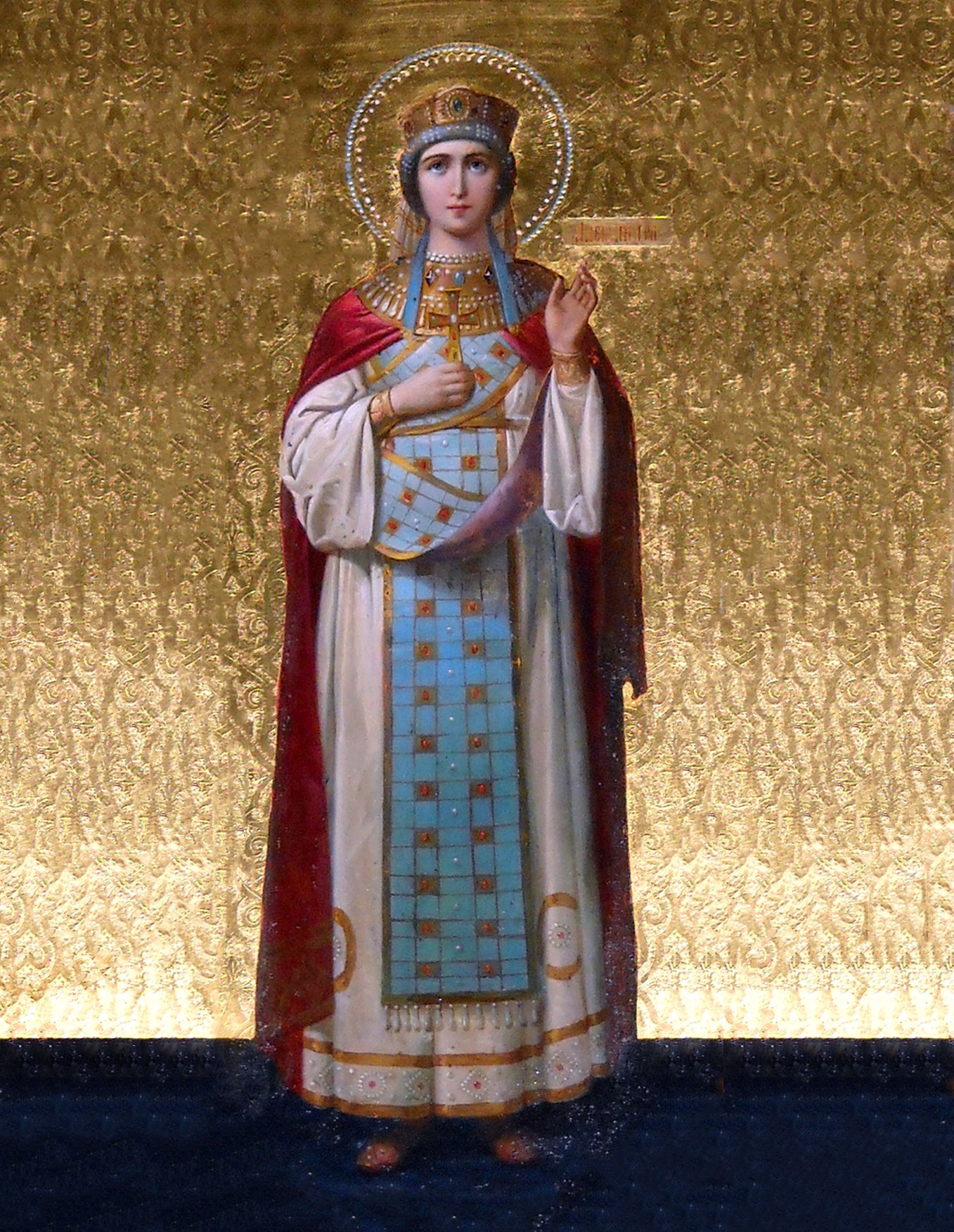 Icon of Empress Helena in the church in Piotrków Trybunalski, 19th century 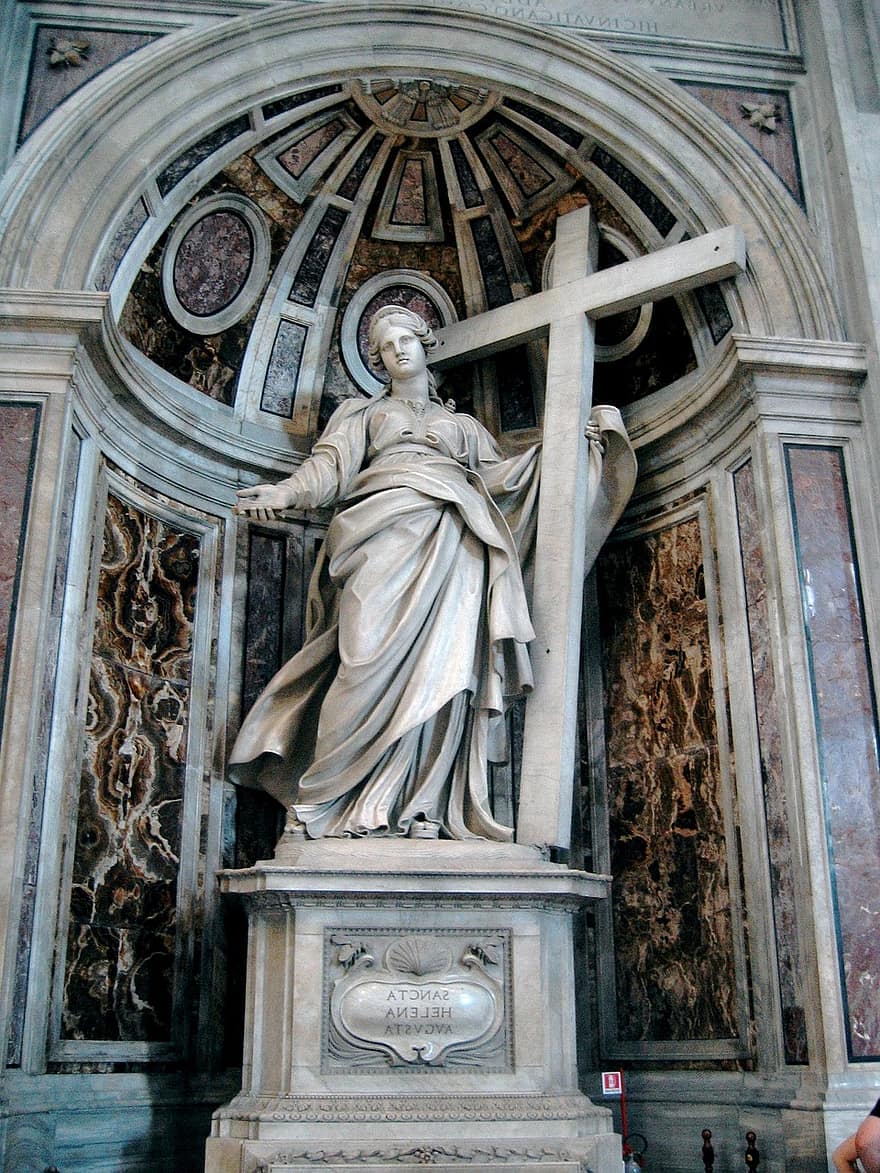 "Helena (or Helen) was born about 255, and married to the Roman general Constantius Chlorus, who became emperor of Britain, Gaul, and Spain when Diocletian divided the Empire. In 274 she bore him a son, Constantine, but in 292 he divorced her in order to cement a political alliance by another marriage. Most historians say that she was born in Drepanum (now Helenopolis) in Asia Minor; but an old tradition asserts that she was born in Britain, in Colchester (51:54 N 0:54 E), and was the daughter of the chieftain Cole, remembered today as Old King Cole. If so, she may have been a Christian from birth, since Christianity was well established in that region. In 306, after the death of Constantius, the army at York (53:58 N 1:05 W) proclaimed Constantine emperor in his father's place, and by 312 he was master of the Western Empire and issued an Edict of Toleration that made the practice of Christianity legal for the first time in over 200 years. Helena worked enthusiastically to promote Christianity, and eventually went to the Holy Land, where she spent large sums on the relief of the poor and on building churches on sacred sites. She is particularly associated with the discovery at Jerusalem (31:47 N 35:13 E), near the probable site of Calvary, of a wooden cross that was accepted as the actual cross on which Jesus was crucified. (The earliest accounts of this discovery, however, do not mention her.)" [1]

"At least two prominent English novelists have written about her. Evelyn Waugh wrote a novel called Helena, and Dorothy L Sayers wrote a play called The Emperor Constantine for the 2000th anniversary of the founding of the city of Colchester." [2]