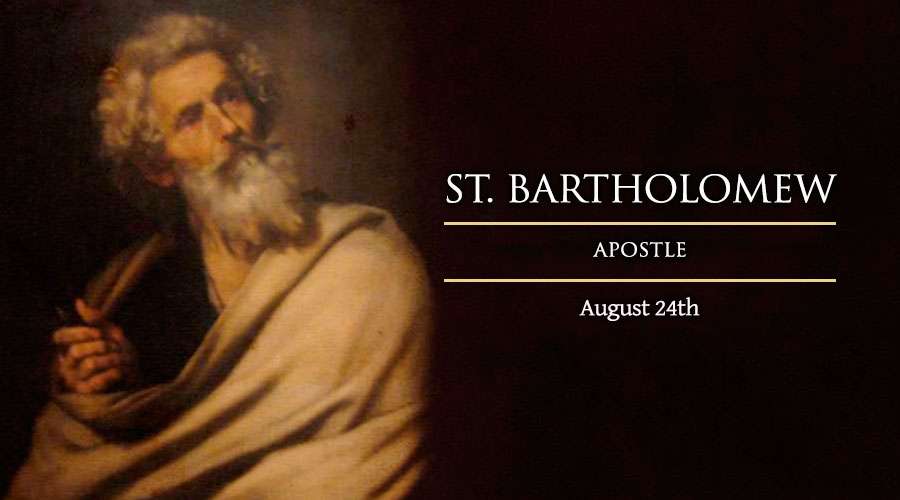 Almighty and everlasting God, who didst give to thine apostle Bartholomew grace truly to believe and to preach thy Word: Grant that thy Church may love what he believed and preach what he taught; through Jesus Christ our Lord, who liveth and reigneth with thee and the Holy Ghost, one God for ever and ever. 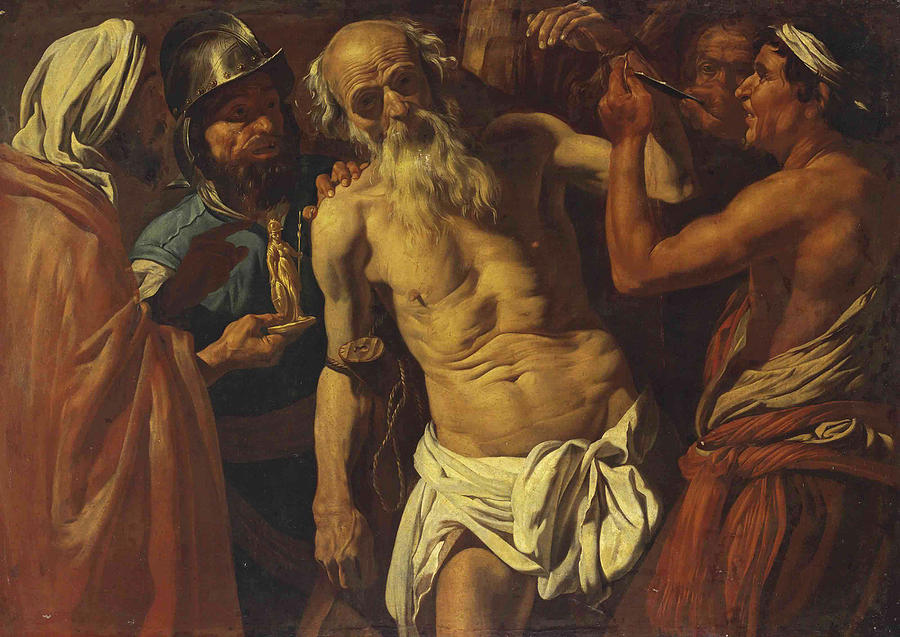 The Martyrdom of Saint Bartholomew, by Matthias Stomer

"In the New Testament, Bartholomew is mentioned only in the lists of the apostles. Some scholars identify him with Nathanael, a man of Cana in Galilee who was summoned to Jesus by Philip. Jesus paid him a great compliment: 'Here is a true Israelite. There is no duplicity in him' (John 1:47b). When Nathanael asked how Jesus knew him, Jesus said, 'I saw you under the fig tree' (John 1:48b). Whatever amazing revelation this involved, it brought Nathanael to exclaim, 'Rabbi, you are the Son of God; you are the King of Israel' (John 1:49b). But Jesus countered with, 'Do you believe because I told you that I saw you under the fig tree? You will see greater things than this' (John 1:50b)." [1]

"Nathanael did see greater things. He was one of those to whom Jesus appeared on the shore of the Sea of Tiberias after his resurrection (see John 21:1-14). They had been fishing all night without success. In the morning, they saw someone standing on the shore though no one knew it was Jesus. He told them to cast their net again, and they made so great a catch that they could not haul the net in. Then John cried out to Peter, 'It is the Lord.'" [2]

"When they brought the boat to shore, they found a fire burning, with some fish laid on it and some bread. Jesus asked them to bring some of the fish they had caught, and invited them to come and eat their meal. John relates that although they knew it was Jesus, none of the apostles presumed to inquire who he was. This, John notes, was the third time Jesus appeared to the apostles." [4]

"We have no certain information about Bartholomew's later life. Some writers, including the historian Eusebius of Caesarea (now Har Qesari, 32:30 N 34:54 E, near Sedot Yam), say that he preached in India. The majority tradition, with varying details, is that Bartholomew preached in Armenia, and was finally skinned alive and beheaded to Albanus or Albanopolis (now Derbent, 42:03 N 48:18 E) on the Caspian Sea. His emblem in art is a flaying knife. The flayed Bartholomew can be seen in Michelangelo's Sistine painting of the Last Judgement. He is holding his skin. The face on the skin is generally considered to be a self-portrait of Michelangelo." [5] 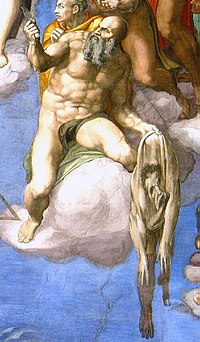 Portion of The Last Judgement by Michelangelo featuring Bartholomew