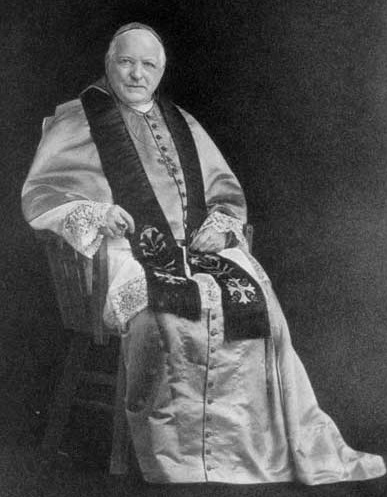 Loving God, you called Charles Chapman Grafton to be a bishop in your Church and endowed him with a burning zeal for souls: Grant that, following his example, we may ever live for the extension of your kingdom, that your glory may be the chief end of our lives, your will the law of our conduct, your love the motive of our actions, and Christ’s life the model and mold of our own; through the same Jesus Christ, who lives and reigns with you and the Holy Spirit, one God, throughout all ages. Amen.

Great men are wont to crystallize into a sentence the ruling motive, object, and purpose of their lives. The Right Reverend Doctor Grafton had a habit of bidding farewell to the many clergy who called upon him, both from inside and outside his Diocese, not with the formal "Good-bye" or other ordinary expression, but almost universally with 'Press on the Kingdom!'

He was a man of intense industry. Even in the last days of his life here, when the infirmities of age and disease were painfully apparent to those of us who were near him, he was saying his "offices" or studying or dictating letters or planning some fresh effort to 'press on the Kingdom!'

The Kingdom to him was always a very definite thing--the One, Holy, Catholic, and Apostolic Church--the institution which was in the Eternal Mind when He created the heavens and the earth. Temporal things have only one reason for existence, viz: that we might press on the Kingdom. So he planned and built churches, rectories, and altars, and adorned them. So he preached and taught and wrote that men might accept in its entirety the Catholic faith and worship. He never grew despondent, he had a wonderful gift of hope. All things must work together for good to them that love God.

From the Episcopal Church [2]:

Co-founder of the Society of St. John the Evangelist and Anglo-catholic bishop. He was born in Boston. Grafton came under the influence of William Croswell, the founder of the Church of the Advent, Boston, which was a leading Anglo-catholic parish. He was confirmed in the Episcopal Church in 1851. In 1853 he graduated from Harvard with a degree in law but found himself drawn toward the ordained ministry. Grafton studied theology under Bishop William Whittingham of Maryland and was ordained deacon on Dec. 23, 1855. He began his ordained ministry as assistant at Reisterstown, Maryland. On May 30, 1858, he was ordained priest and served as curate at St. Paul's Church, Baltimore, and chaplain of the deaconesses of the Diocese of Maryland. At the close of the Civil War he went to England and with Richard Meux Benson and Simeon Wilberforce O'Neill founded the Society of St. John the Evangelist (SSJE), also known as the Cowley Fathers. SSJE is the oldest Anglican monastic order for men. Grafton returned to the United States, and in 1872 became the head of the American Province of SSJE as well as the rector of the Church of the Advent, Boston. A jurisdictional dispute concerning Grafton's overseas religious superior led to his withdrawal from SSJE. In 1888 he was a founder of the Sisterhood of the Holy Nativity, along with Mother Ruth Margaret. On Apr. 25, 1889, Grafton was consecrated Bishop of Fond du Lac, where he served until his death. Grafton's publications included Plain Suggestions for a Reverent Celebration of the Holy Communion (2d ed., 1898), and A Journey Godward of a Servant of Jesus Christ (1910). The fullness of ceremonial accompanying the consecration of Grafton's bishop coadjutor led to a controversy known as the "Fond du Lac Circus." Grafton died in Fond du Lac. See Church of the Advent, Boston; see Society of St. John the Evangelist, The (SSJE) (Cowley Fathers); see Fond du Lac Circus.