Mother of Augustine of Hippo,

O Lord, who through spiritual discipline didst strengthen thy Servant Monnica to persevere in offering her love and prayers and tears for the conversion of her husband and of Augustine their son: Deepen our devotion, we beseech thee, and use us in accordance with thy will to bring others, even our own kindred, to acknowledge Jesus Christ as Savior and Lord; who with thee and the Holy Spirit liveth and reigneth, one God, for ever and ever. 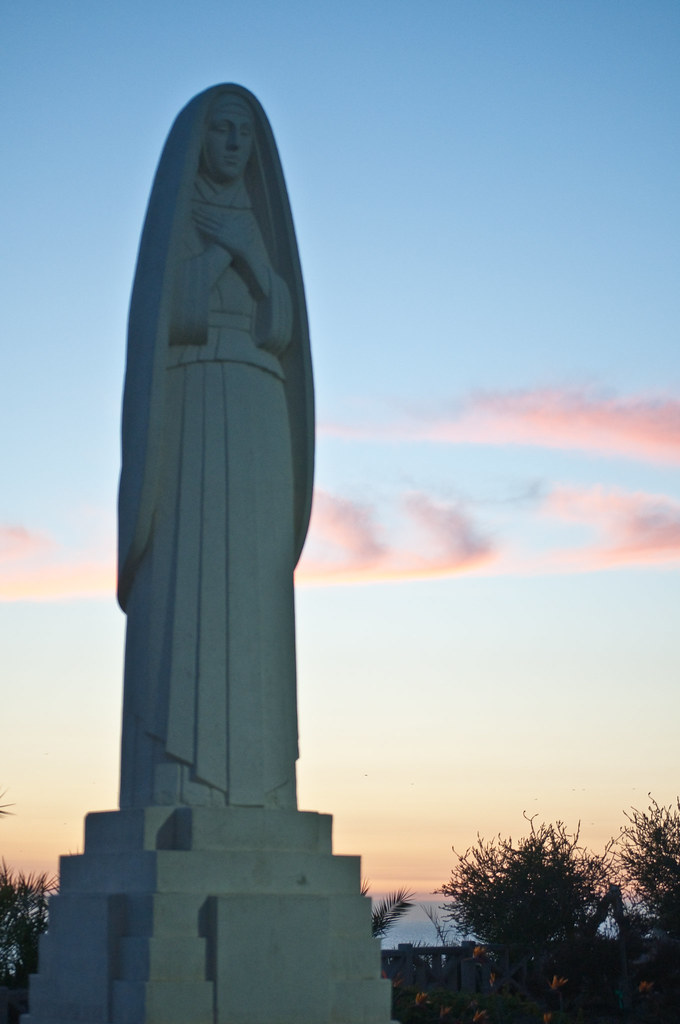 We know about Monnica almost entirely from the autobiography (the Confessions) of her son Augustine, a major Christian writer, theologian and philosopher (see 28 August). Monnica was born in North Africa, near Carthage, in what is now Tunisia, perhaps around 331, of Christian parents, and was a Christian throughout her life. Her name has usually been spelled "Monica," but recently her tomb in Ostia was discovered, and the burial inscription says "Monnica," a spelling which all Ac (Archaeologically Correct) persons have hastened to adopt. (On the other hand, it may simply be that the artisan who carved the inscription was a bad speller.) As a girl, she was fond of wine, but on one occasion was taunted by a slave girl for drunkenness, and resolved not to drink thereafter. She was married to a pagan husband, Patricius, a man of hot temper, who was often unfaithful to her, but never insulted or struck her. It was her happiness to see both him and his mother ultimately receive the Gospel.

Monnica soon recognized that her son was a man of extraordinary intellectual gifts, a brilliant thinker and a natural leader of men (as a youngster he was head of a local gang of juvenile delinquents), and she had strong ambitions and high hopes for his success in a secular career. Indeed, though we do not know all the circumstances, most Christians today would say that her efforts to steer him into a socially advantageous marriage were in every way a disaster. However, she grew in spiritual maturity through a life of prayer, and her ambitions for his worldly success were transformed into a desire for his conversion. He, as a youth, rejected her religion with scorn, and looked to various pagan philosophies for clues to the meaning of life. He undertook a career as an orator and teacher of the art of oratory (rhetoric), and moved from Africa to Rome and thence to Milan, at that time the seat of government in Italy. His mother followed him there a few years later. In Milan, Augustine met the bishop Ambrose, from whom he learned that Christianity could be intellectually respectable, and under whose preaching he was eventually converted and baptised on Easter Eve in 387, to the great joy of Monnica.

After his baptism, Augustine and a younger brother Navigius and Monnica planned to return to Africa together, but in Ostia, the port city of Rome, Monnica fell ill and said, "You will bury your mother here. All I ask of you is that, wherever you may be, you should remember me at the altar of the Lord. Do not fret because I am buried far from our home in Africa. Nothing is far from God, and I have no fear that he will not know where to find me, when he comes to raise me to life at the end of the world."