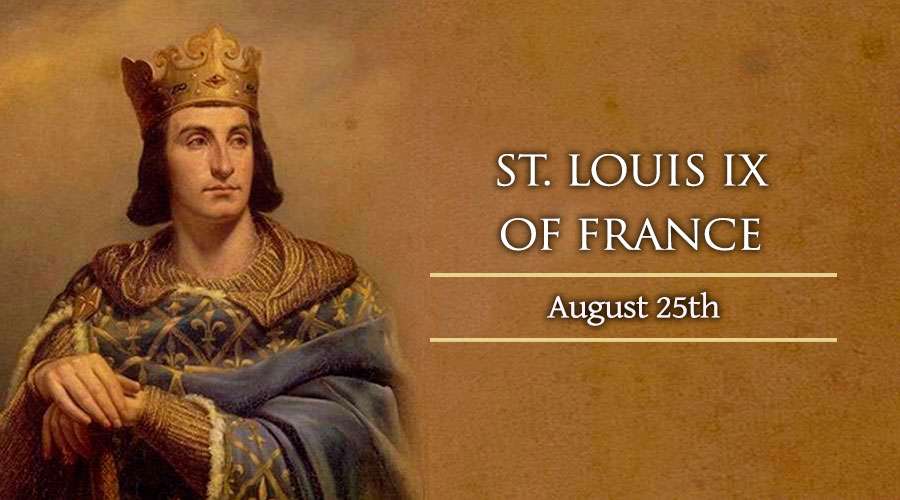 O God, who didst call thy servant Louis of France to an earthly Throne that he might advance thy heavenly kingdom, and didst give him zeal for thy Church and love for thy people: Mercifully grant that we who commemorate him this day may be fruitful in good works, and attain to the glorious crown of thy saints; through Jesus Christ our Lord, who liveth and reigneth with thee and the Holy Spirit, one God, for ever and ever. 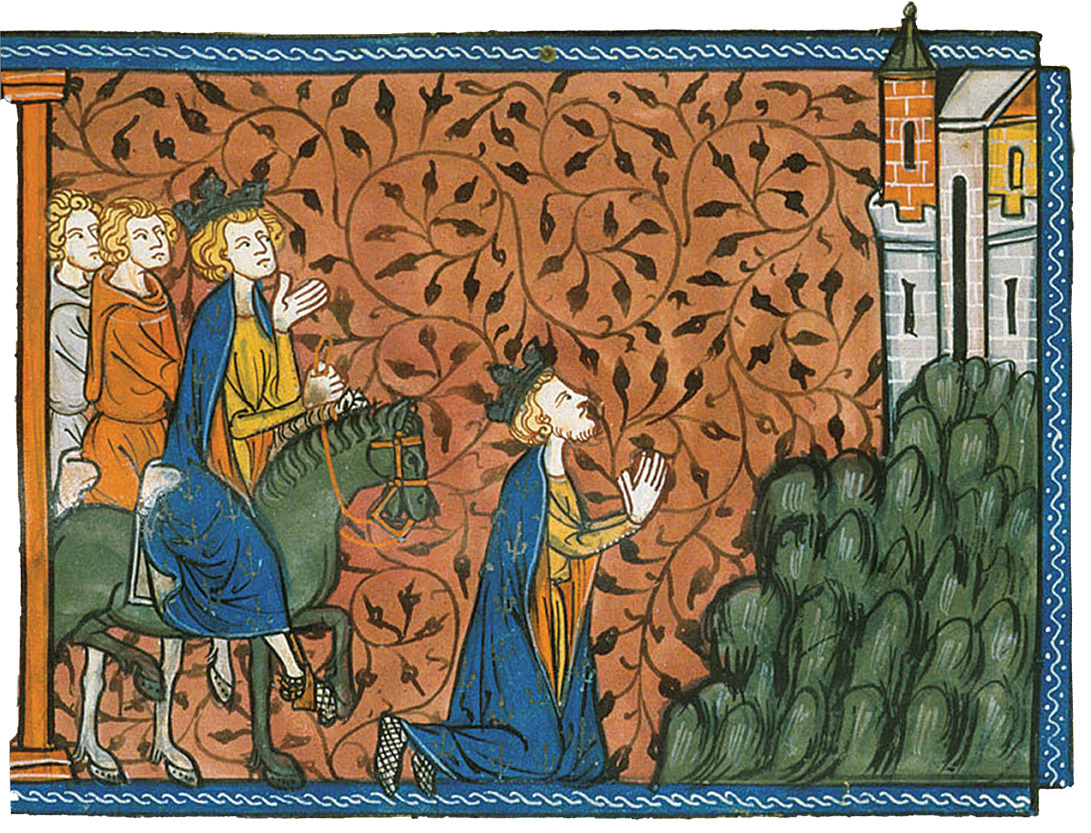 Louis was born in 1214 and became King of France when twelve years old. His mother, the half-English Blanche of Castile, was regent during his minority, and an influence while she lived. In 1234 he married Margaret of Provence, sister of Eleanor the wife of Henry III of England (no, not the couple from A Lion in WINTER--that was Henry II and Eleanor of Aquitaine: this is two generations later).

Louis worked for the political unification of France, yielding Limoge, Cahors, and Perigeux to Henry in exchange for Henry's renunciation of all claims to Normandy, Anjou, Maine, Touraine, and Poitou (Treaty of Paris, 1259). He yielded French claims to Rousillon and Barcelona in exchange for the yielding of Spanish claims to Provence and Languedoc (Treaty of Corbeil, 1258). He largely eliminated the feuding and wars among French nobles and vassals that had ravaged France before his time. He protected vassals from oppression, and required their lords to fulfill their obligations. He reformed the system of taxation. He reformed the courts, so that every man in France, regardless of his station, had a far better chance of receiving justice than had previously been the case. He promoted the writing down of the law, so that it was clear what the laws were, and made major strides toward eliminating trial by combat in favor of trial by jury. (Trial by combat decided the guilt or innocence of the accused by a combat between the accused and the accuser, either personally or by proxy, with God being called on to uphold the right. Trial by ordeal required the accused to prove his innocence by, for example, walking across a bed of hot coals. Both were relics of pre-Christian customs, and were vigorously denounced by many clergy, but took a long time to die out.) His reputation for integrity was such that foreign monarchs regularly asked him to arbitrate their disputes.

He founded a hospital for the poor, sick, and blind, known as the Quinze-Vingts (the Fifteen Score, originally for 300 inmates). His reign co-incided with the great era of building of Gothic cathedrals in France. Robert de Sorbon, the founder of the Sorbonne (University of Paris) was his confessor and his personal friend, and Thomas Aquinas was a frequent guest at his table. (Once, it is said, Thomas dropped out of the conversation, lost in thought, and then suddenly struck the table with his fist and exclaimed, "That is a decisive argument against the Manichees!" Louis at once called for writing materials, so that Thomas could record the argument before he had a chance to forget it.)

He fought in two Crusades, both of which were total failures. In 1248 he led an army to Cyprus, and was there joined by 200 English knights. In 1249 they proceeded to Egypt and took the city of Damietta, but discipline broke down and Louis was unable to keep the soldiers from looting. Disease ravaged the camp, and in 1250 the army suffered a disastrous defeat at Mansurah and Louis himself was taken prisoner. His Arab captors were quick to recognize in him a mixture of military valor and personal holiness, and were accustomed to kneel when speaking to him. He and his handful of surviving companions were released on the surrender of Damietta and the payment of a large ransom. He sailed to Palestine, visited the few Holy Places that were accessible, and returned to France in 1254. In 1270 he joined another crusade, which landed in Tunis, where he immediately caught typhoid fever and died on 25 August. His biography, by a friend and comrade in arms, the Sieur Jean de Joinville, is available in English in Chronicles of the Crusades, Penguin Paperbacks.

Reply boishiown
12:27 PM on September 13, 2022
On day 11 or 12 of the menstrual cycle, ultrasound monitoring is conducted to determine if an ovarian follicle or follicles have developed. nolvadex without a prescription

Reply Frifuth
12:16 PM on September 7, 2022
If you have any doubts about the need to take these tablets, consult a doctor and undergo a medical examination to exclude contraindications generic cialis from india However, it s still possible for this drug to fail in some situations

Reply Adabare
11:24 AM on September 3, 2022
Sildenafil and tadalafil have the same mechanism of action priligy alternative

Reply Ambufftam
6:18 AM on September 1, 2022
Prior to the availability of dapoxetine, psychotherapy eg, cognitive behavior therapy was widely used to treat PE cialis coupons It s normal for Qi Huan to be so suspicious