Deacon and Martyr at Rome, 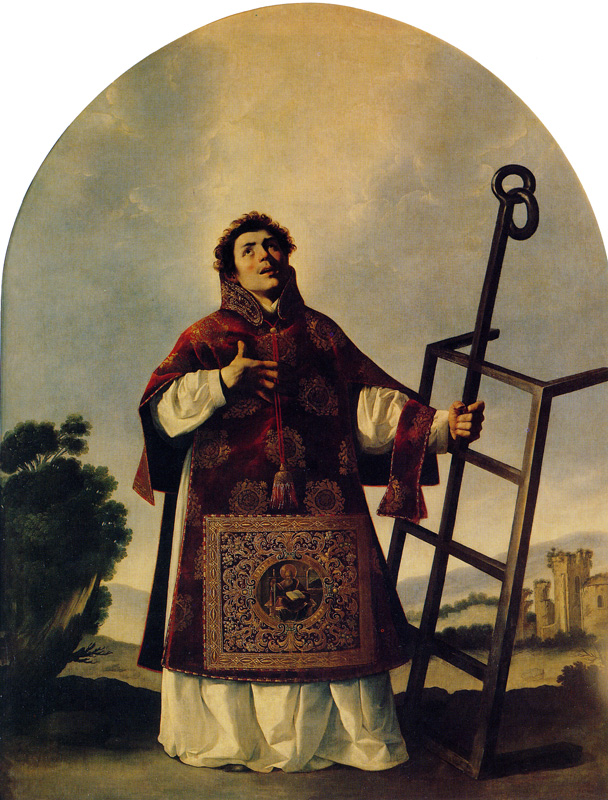 Almighty God, who didst call thy deacon Laurence to serve thee With deeds of love, and didst give him the crown of martyrdom: Grant, we beseech thee, that we, following his example, may fulfil thy commandments by defending and supporting the poor, and by loving thee with all our hearts, through Jesus Christ our Lord, who liveth and reigneth with thee and the Holy Spirit, one God, for ever and ever. 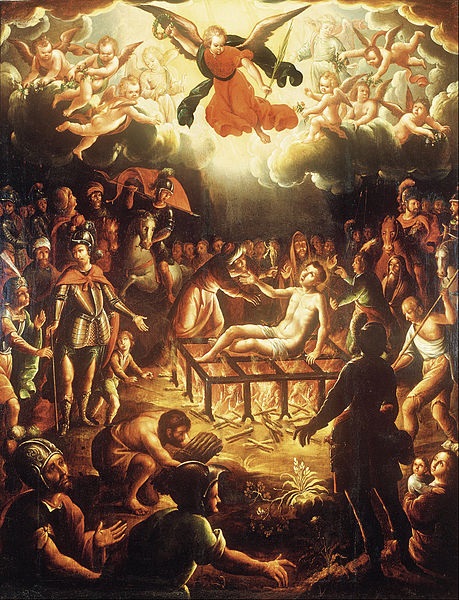 The Martyrdom of Saint Lawrence by Hipólito de Rioja

Laurence (or Lawrence) was chief of the seven deacons of the congregation at Rome, the seven men who, like Stephen and his companions (Acts 6:1-6), were in charge of administering the church budget, particularly with regard to the care of the poor. In 257, the emperor Valerian began a persecution aimed chiefly at the clergy and the laity of the upper classes. All Church property was confiscated and meetings of Christians were forbidden. The bishop of Rome, Sixtus II, and most of his clergy were executed on 7 August 258, and Laurence on the 10th. This much from the near-contemporary records of the Church.

The accounts recorded about a century later by Ambrose and the poet Prudentius report that the Roman prefect, knowing that Laurence was the principal financial officer, promised to set him free if he would surrender the wealth of the Church. Laurence agreed, but said that it would take him three days to gather it. During those three days, he placed all the money at his disposal in the hands of trustworthy stewards, and then assembled the sick, the aged, and the poor, the widows and orphans of the congregation, presented them to the prefect, and said, "These are the treasures of the Church." The enraged prefect ordered him to be roasted alive on a gridiron. Laurence bore the torture with great calmness, saying to his executioners at one time, "You may turn me over; I am done on this side." The spectacle of his courage made a great impression on the people of Rome, and made many converts, while greatly reducing among pagans the belief that Christianity was a socially undesirable movement that should be stamped out.