Founder of the Mothers’ Union 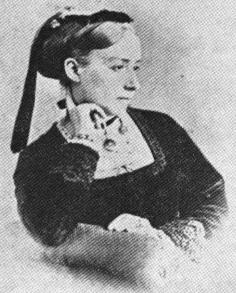 The Prayer of Mary Sumner, founder of Mothers’ Union

All this day, O Lord,

let me touch as many lives as possible for thee;

and every life I touch,

do thou by thy spirit quicken,

whether through the word I speak,

the prayer I breathe,

or the life I live.

"Mary Sumner was the founder of the Mothers' Union, a worldwide Anglican women's organisation.... In 1876, when her eldest daughter Margaret gave birth, she was reminded how difficult she had found the burden of motherhood. Inspired, Sumner publicized a meeting of mothers in the parish to offer mutual support. Her plan was quite radical in its day as it involved calling women of all social classes to support one another and to see motherhood as a profession as important as those of men, if not more so. The first meeting was held in Old Alresford Rectory, but Sumner was so overcome by nervousness that her husband had to speak for her and invite the women to return next week. At that second meeting she had gathered enough courage to lead her own meeting.

"The nascent Mothers' Union was limited to Sumner's parish. However, in 1885, she was part of the audience in the Portsmouth Church Congress, some 20 miles from her home. The first Bishop of Newcastle, Ernest Wilberforce, had been asked to address the women churchgoers. He felt that he had very little to say to women and invited Sumner to speak in his stead. Although nervous once again, she gave a passionate address about national morality and the importance of women's vocation as mothers to change the nation for the better. A number of the women present went back to their parishes to found mothers' meetings on Sumner's pattern. The Bishop of Winchester, Edward Browne, made the Mothers' Union a diocesan organisation.

We thank you for your love so freely given to us all.

We pray for families around the world.

Bless the work of the Mothers’ Union as we seek to share your love through the encouragement, strengthening and support of marriage and family life.

Empowered by your Spirit, may we be united in prayer and worship, and in love and service reach out as your hands across the world.