> Feast of the Transfiguration

The Feast of the

O God, who on the holy mount didst reveal to chosen witnesses Thy well-beloved Son, wonderfully transfigured, in raiment white and glistening: Mercifully grant that we, being delivered from the disquietude of this world, may by faith behold the King in his beauty; who with thee, O Father, and thee, O Holy Ghost, liveth and reigneth, one God, world without end.

"Today we celebrate the occasion (recorded in M 17:1-8 = P 9:2-8 = L 9:28-36) on which Christ, as He was beginning to teach His disciples that He must die and rise again, revealed Himself in shining splendor to Peter, James, and John. Moses and Elijah were present, and are taken to signify that the Law and the Prophets testify that Jesus is the promised Messiah. God the Father also proclaimed him as such, saying, "This is my Beloved Son. Listen to him." For a moment the veil is drawn aside, and men still on earth are permitted a glimpse of the heavenly reality, the glory of the Eternal Triune God.

"In the East, the Festival of the Transfiguration has been celebrated since the late fourth century, and is one of the twelve great festivals of the East Orthodox calendar. In the West it was observed after the ninth century by some monastic orders, and in 1457 Pope Callistus III ordered its general observance. At the time of the Reformation, it was still felt in some countries to be a "recent innovation," and so was not immediately taken over into most Reformation calendars, but is now found on most calendars that have been revised in the twentieth century. A recent tendency in the West is to commemorate the Transfiguration on the Sunday just before Lent, in accordance with the pattern found in the Synoptics, where Jesus is represented as beginning to speak of his forthcoming death just about the time of the Transfiguration, so that it forms a fitting transition between the Epiphany season, in which Christ makes himself known, and the Lenten season, in which he prepares the disciples for what lies ahead. Whether observing the Transfiguration then will affect the observation of it on 6 August remains to be seen." [Society of Archbishop Justus] 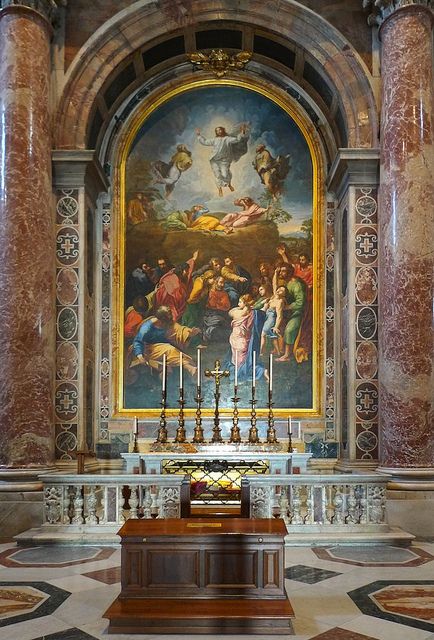 Trembling at his feet, we saw

All the prophets and the Law

shout through them their joyful greeting.

Swift the cloud of glory came,

God proclaiming in its thunder

Jesus as his Son by name!

This is God's beloved Son!

Law and prophets fade before him;

first and last and only One,

CLICK THE LINK BELOW TO READ OUR DEVOTIONAL FOR THIS FEAST DAY.