Archbishop of Uppsala and Primate of the Church of Sweden 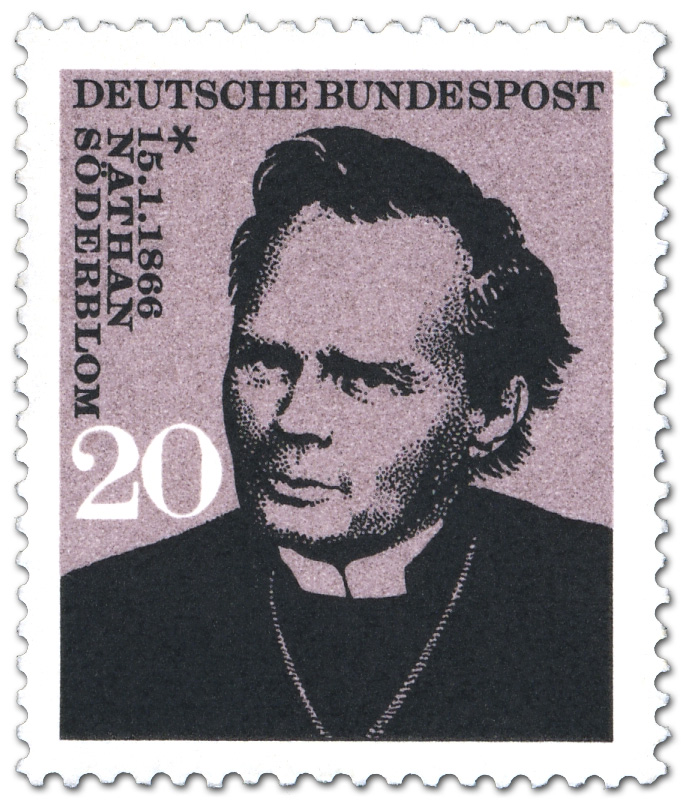 (From the Lutheran Calendar)

Nathan Söderblom was born in Trönö, Sweden, in 1866 and ordained in 1893. He was chaplain at the Swedish Embassy in Paris from 1894 to 1901, and earned a doctorate in comparative religion from the Sorbonne. He then became professor of the history of religion at the University of Uppsala, and in 1914 became Archbishop of Uppsala and Primate of the Church of Sweden.

Soderblom, a Lutheran in a church that had retained the historic episcopate, valued the liturgy and devotional tradition of traditional Catholic worship, while seeing much of worth in the writings of liberal Protestant scholars. He believed it his duty to work for a united Christendom, both catholic and evangelical, and saw practical cooperation on social issues as a promising first step. During World War I, he worked tirelessly to alleviate the conditions of prisoners of war and refugees. For this and his subsequent work for Church unity and world peace, he received the Nobel Peace Prize in 1930. At Stockholm in 1925, he organized the Universal Christian Council on Life and Work. Meanwhile, a chiefly Anglican group had formed an inter-denominational Conference on Faith and Order. In 1948 the two groups merged to form the World Council of Churches. As Archbishop of Sweden, he was concerned to deepen the channels of communication between the Church and the laboring masses, and also between the Church and the intellectuals. He died 12 July 1931.

Almighty God, who didst give to thy servant Nathan Soderblom a Special concern for the unity of thy Church and the welfare of thy people: grant that by the power of thy Holy Spirit we may be moved to seek an end to the barriers that divide Christian from Christian, and may show forth thy love to all the world in deeds of generosity, through Jesus Christ our Lord, who with thee and the same Spirit liveth and reigneth, one God, now and for ever.