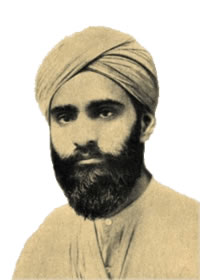 From Our Daily Bread:

Sundar was born into a Sikh family in Punjab where he grew up questioning Christianity & Hinduism. Sikhism is a sect within Hinduism that teaches belief in one God and rejects the caste system and idolatry. But, in his deepest sorrow, in the darkest of nights, Sundar saw Jesus in a vision and his life was never the same again! Like Paul the Apostle, from opposing Christianity he found Christ and discovered what it truly meant to be a Christian.

Sundar attended an American Presbyterian Mission school where the New Testament was read daily as a textbook. He refused to read it because he thought it was false and yet something about the gospel always attracted him. His crisis of faith took over when he was fourteen, his mother passed away. He was very close to his mother and her passing left a deep void in his heart, he desperately longed for peace, and in his outrage, he even burnt a Bible.

However, after becoming a Christian he strongly believed in spreading the hope & peace he found in the gospel, to Indians in an Indian way. Like Jesus, he had no possessions and called the road his home. Stories are still told of the amazing miracles that God did through Sundar. Though there have been many life-threatening attempts to poison him, imprison him and stone him, but there have been even more miracles.

He stood out from other Christians as he always wore a saffron turban and a saffron robe. He was known as, “the apostle with the bleeding feet” for he walked far and long.

From the northern mountains of Shimla & Tibet to the southern plains of Tamil Nadu. He has also preached in Ceylon and in other nations around the world.