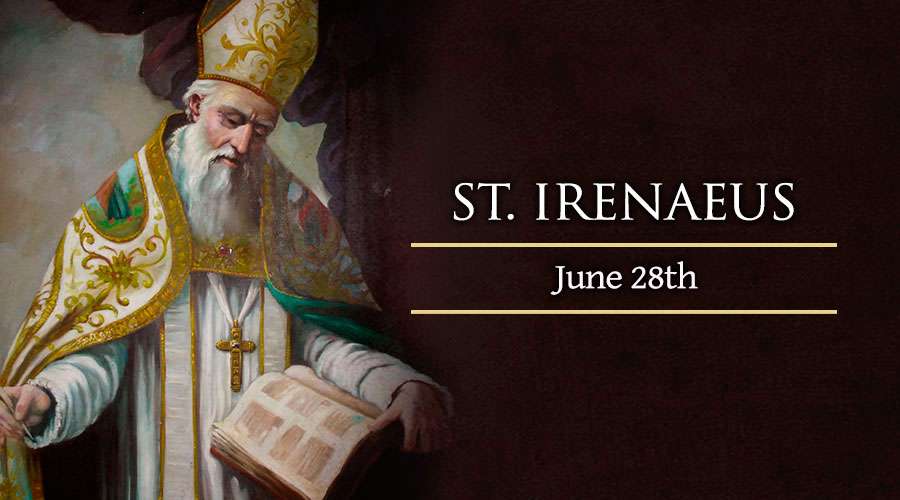 Irenaeus was likely born in a province of Asia Minor, where he heard the preaching of St. Polycarp, who had been taught by the Apostle John. Many Asian missionaries brought the Word of God to the pagans in Gaul (in Western Europe). To the church in Lyon (France), "Irenaeus came to serve as a priest under its first bishop, St. Pothinus," who, like Irenaeus, was from Asia (catholic.org).

In 177 a.d., Irenaeus was sent on a mission to Rome. While there, mass persecution of Christians broke out back in Lyon; the persecutions there claimed the lives of St. Pothinus (the bishop in Lyon) and many others. Irenaeus returned to Lyon to fill the vacant bishopric. "He is thus an important link between the apostolic church and later times, and also an important link between Eastern and Western Christianity," (Society of Archbishop Justus).

After his return to Lyon, Irenaeus became alarmed upon observing the spread of Gnosticism which was ravaging the Christian faith among his diocese. Gnostic doctrine can be summed up as follows:

"The Gnostics were Docetists (pronounced do-SEE-tists). This word comes from the Greek word meaning "to seem." They taught that Christ did not really have a material body, but only seemed to have one. It was an appearance, so that he could communicate with men, but was not really there. (If holograms had been known then, they would certainly have said that the supposed body of Jesus was a hologram.) They went on to say that Jesus was not really born, and did not really suffer or die, but merely appeared to do so. It was in opposition to early Gnostic teachers that the Apostle John wrote (1 John 4:1-3) that anyone who denies that Jesus Christ is come in the flesh is of antiChrist.

"Gnostics claimed to be Christians, but Christians with a difference. They said that Jesus had had two doctrines: one a doctrine fit for the common man, and preached to everyone, and the other an advanced teaching, kept secret from the multitudes, fit only for the chosen few, the spiritually elite. They, the Gnostics, were the spiritually elite, and... it was to the Gnostics that one must turn for the real truth," (Society of Archbishop Justus).

In response to the Gnostic heresy, Irenaeus wrote "a treatise in five books in which he sets forth fully the inner doctrines of the various sects, and afterwards contrasts them with the teaching of the Apostles and the text of the Holy Scripture. His work, written in Greek but quickly translated to Latin, was widely circulated and succeeded in dealing a death-blow to gnosticism," (catholic.org). 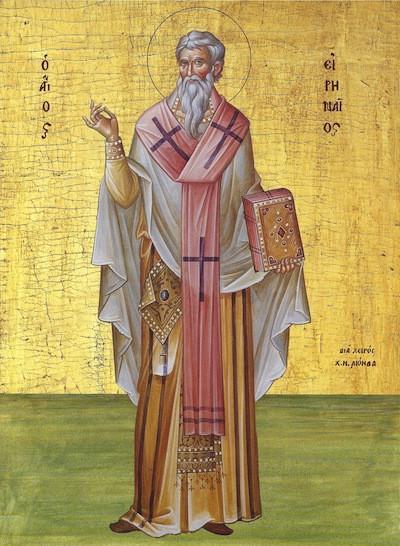 Almighty God, who didst uphold thy servant Irenaeus with Strength to maintain the truth against every blast of vain doctrine: Keep us, we beseech thee, steadfast in thy true religion, that in constancy and peace we may walk in the way that leadeth to eternal life; through Jesus Christ our Lord, who liveth and reigneth with thee and the Holy Spirit, one God, for ever and ever.