Deacon and Teacher of the Faith, 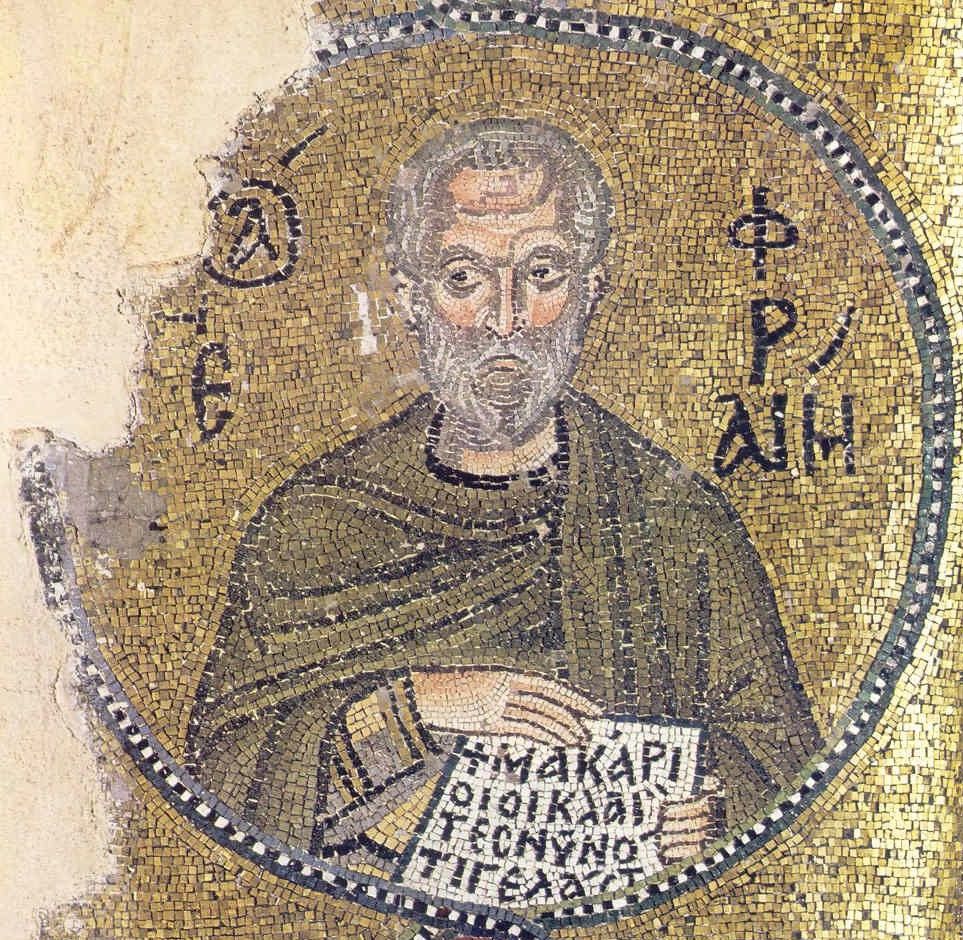 Teacher, poet, and orator, Ephrem was a defender of the faith in the early Christian church. in 325 a.d., Ephrem traveled to the Council of Nicea with his friend and bishop, James of Nisibis, and his writing are "an eloquent defense of the Nicene faith in the Deity of Jesus Christ," (Society of Archbishop Justus).

During his lifetime, the Gnostics had a tradition of spreading their heresy through song. To much success, Ephrem was able to counter the Gnostics by composing his own Christian songs and hymns. Seventy-two of Ephrem's hymns, commentaries on the Old and New Testaments, and sermons remain. For his gift of song, Ephrem is known in the Syrian church as "the harp of the Holy Spirit."

Ephrem retired to a cave outside Edessa, a city of Syria not far from Antioch, "where he lived in great simplicity and devoted himself to writing. He frequently went into the city to preach. During a famine in 372-3 he worked distributing food to the hungry, and organizing a sort of ambulance service for the sick. He worked long hours at this, and became exhausted and sick, and so died," (Society of Archbishop Justus).

A Hymn from St. Ephraim the Syrian, Hymns on the Faith 10 To Christ on the Incarnation, the Holy Spirit, and the Sacraments:

'Open your mouth and I will fill it'

See, Lord, your servant's mouth and his mind are open to you!

Fill it, O Lord, with your gift,

That I may sing your praise according to your will.

Refrain: Make me worthy to approach your Gift with awe!

3. Though your nature is one, its expressions are many;

Make me worthy of the lowly part,

Of picking up crumbs from the table of your wisdom.

4. Your highest expression is hidden with your Father,

Your middle riches are the wonder of the Watchers [i.e. angels]

A tiny stream from your teaching, Lord,

For us below makes a flood of interpretations.

8. In your Bread is hidden a Spirit not to be eaten,

In your Wine dwells a Fire not to be drunk.

Spirit in your Bread, Fire in your Wine,

A wonder set apart, [yet] received by our lips!

17. See, Fire and Spirit in the womb that bore you!

See, Fire and Spirit in the river where you were baptized!

Fire and Spirit in our Baptism;

In the Bread and the Cup, Fire and Holy Spirit!

18. Your Bread kills the Devourer [death] who had made us his bread,

Your Cup destroys death which was swallowing us up.

We have eaten you, Lord, we have drunk you,

Not to exhaust you, but to live by you.

22. See, Lord, my arms are filled with the crumbs from your table;

There is not room left in my lap.

As I kneel before you, hold back your Gift;

Keep it in your storehouse to give us again!

A Hymn by Ephrem of Edessa, translated by John Howard Rhys, Adapted and altered by F Bland Tucker, (Episcopal) Hymnbook 1982:

From God Christ's deity came forth,

His manhood from humanity;

his priesthood from Melchizedek,

his royalty from David's tree:

praised be his Oneness.

He joined with guests at wedding feast,

Yet in the wilderness did fast;

he taught within the temple's gates;

his people saw him die at last:

praised be his teaching.

The dissolute he did not scorn,

Nor turn from those who were in sin;

he for the righteous did rejoice

but bade the fallen to come in:

praised be his mercy.

He did not disregard the sick;

To simple ones his word was given;

and he descended to the earth

and, his work done, went up to heaven:

praised be his coming.

Who then, my Lord, compares to you?

The Watcher slept, the Great was small,

the Pure baptized, the Life who died,

the King abased to honor all:

praised be your glory.

Pour out upon us, O Lord, that same Spirit by which thy deacon Ephrem rejoiced to proclaim in sacred song the mysteries of faith; and so gladden our hearts that we, like him, may be devoted to thee alone; through Jesus Christ our Lord, who liveth and reigneth with thee and the Holy Spirit, one God, for ever and ever.