and Author of the Doxology, 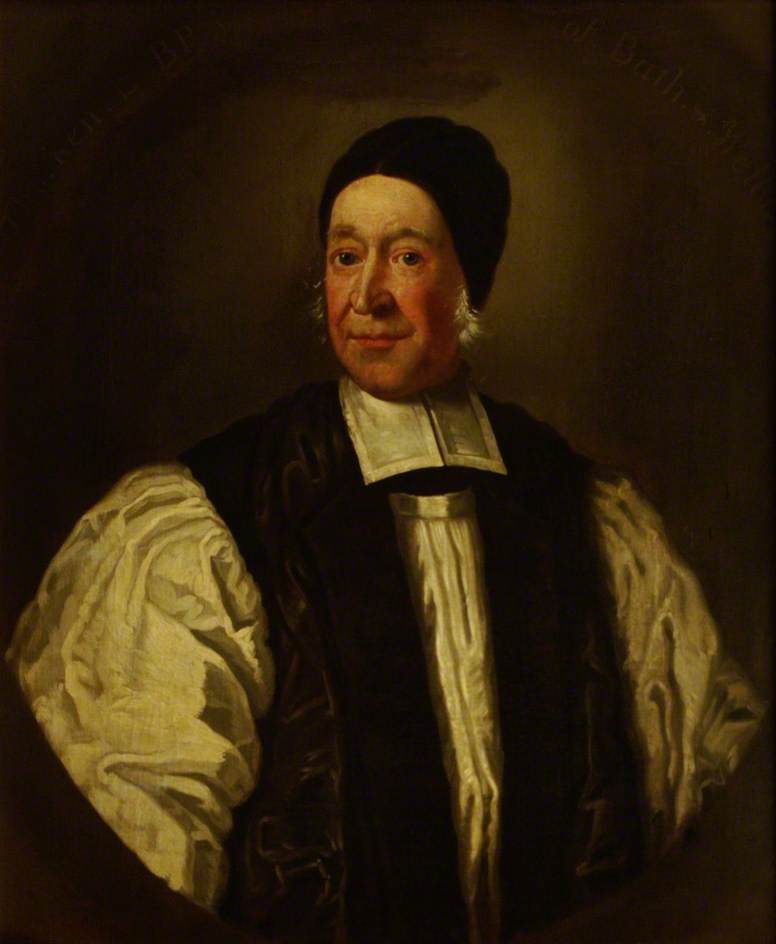 One signature of Anglicanism is our Doxology (from the Greek words "doxa" and "logia" meaning "glory saying"). The Doxology is a short hymn sung for the praise of our Triune Lord (the Holy Trinity). The author of this lovely hymn was Thomas Ken.

Praise God, from Whom all blessing flow;

Praise Him, all creatures here below;

Praise Him above, ye heavenly host;

In his lifetime, Bishop Ken was both rewarded and punished for his staunch adherencce to principle. Ken "served for a year at the Hague as chaplain to Princess Mary, niece of King Charles II of England and wife of the Dutch King William of Orange. During this year he publicly rebuked King William for his treatment of his wife Queen Mary, which may be why he was chaplain there for only a year," (Society of Archbishop Justus).

After Thomas Ken returned to England, he served as Royal Chaplain to King Charles II and resided in the chaplain's residence. When Charles II asked Thomas Ken to allow the king's mistress, Nell Gwyn, to reside there with him, Ken sent the king "a sharp refusal, on the grounds that it was not suitable that the Royal Chaplain should double as the Royal Pimp. Charles admired his honesty and bluntness, and when the bishopric of Bath and Wells became available soon after, he declared, 'None shall have it but that little man who refused lodging to poor Nellie!'" (Society of Archbishop Justus). It was Bishop Ken who Charles II sent for on his deathbed. 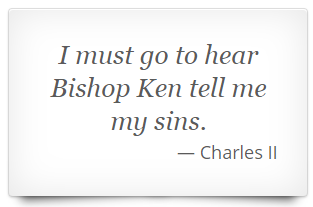 Following Charles II's death, his brother, James II, became king. A Roamn Catholic, "James issued a decree known as the Declaration of Indulgence, which decreed that various public offices, formerly open only to Anglicans, should thereafter be open to all persons... When the King commanded the bishops to proclaim the Declaration of Indulgence, seven of them refused to do so and were by the King's command imprisoned in the Tower of London," (Society of Archbishop Justus). Among them was Bishop Thomas Ken.

After Londoners rioted, the bishops were freed and were carried through the London streets triumphantly.

Under the reign of Queen Mary and her husband, William of Orange, King James II fled into exile. When the Queen demanded oaths of allegiance, Bishop Ken and several others "refused to take the oath, on the grounds that they had sworn allegiance to James, and could not during his lifetime swear allegiance to another monarch without making such oaths a mockery. They were accordingly put out of office," (Society of Archbishop Justus).

Thomas Ken spent the last 20 years of his life in retirement. "He was buried at the Church of St John the Baptist, Frome, where his crypt can still be seen. He is also commemorated with a statue in niche 177 on the West Front of Salisbury Cathedral," (wikipedia). 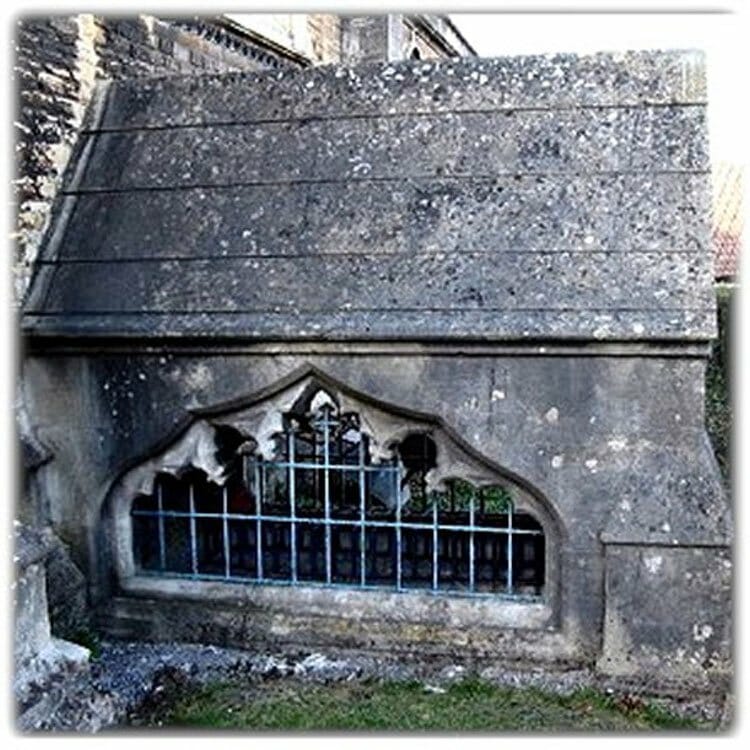 Today, Bishop Ken is known for his beautiful hymns, includng:

2. All praise to thee, who safe hast kept

3. All praise to thee, my God, this night

4. Praise God, from whom all blessings flow

Almighty God, who didst give to thy servant Thomas Ken grace And courage to bear witness to the truth before rulers and kings: Give us also thy strength that, following his example, we may constantly defend what is right, boldly reprove what is evil, and patiently suffer for the truth's sake, through Jesus Christ our Lord, who liveth and reigneth with thee and the Holy Ghost, one God, now and ever.