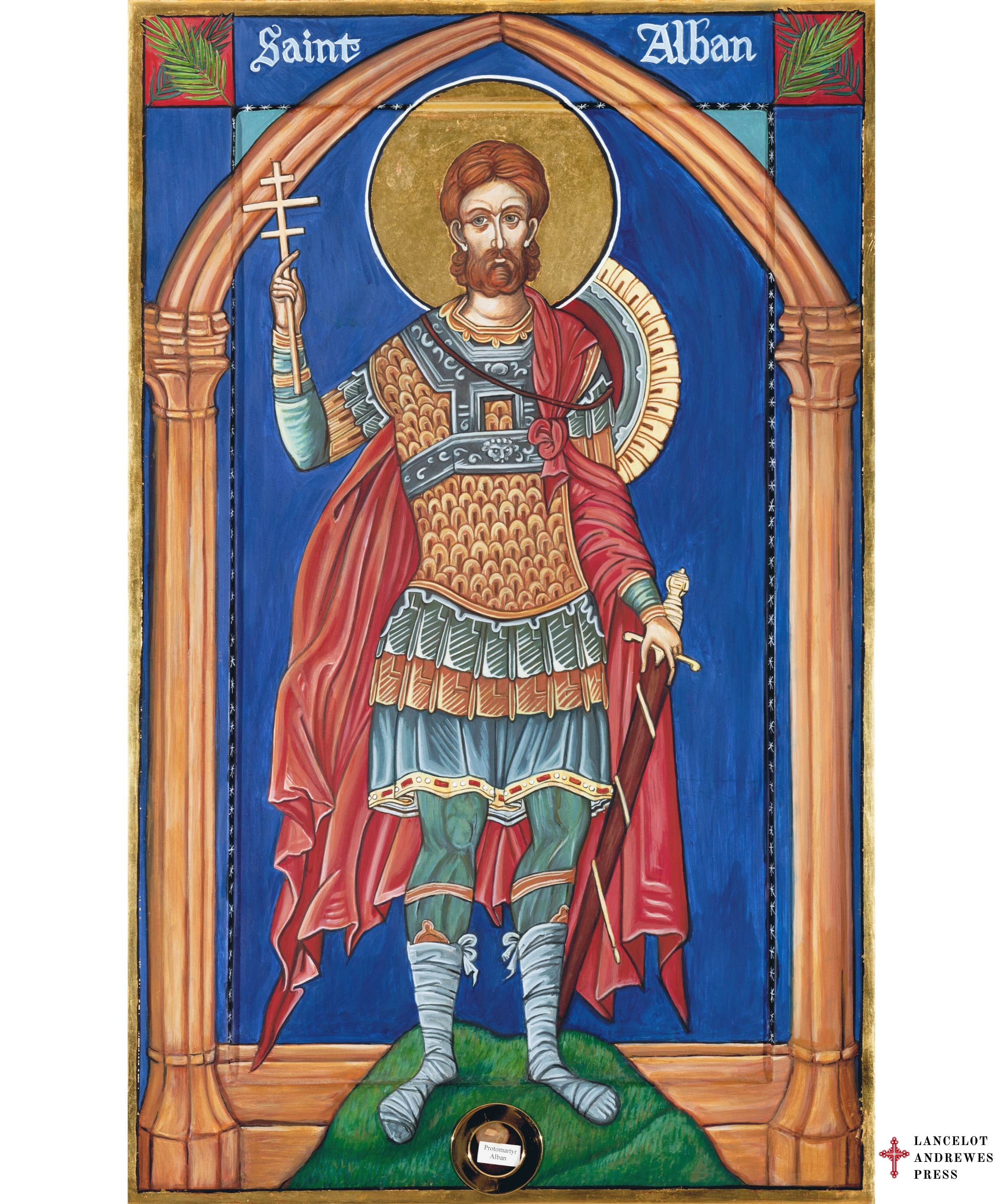 While Christianity was practiced in the British isles by (approx) 60 a.d., Saint Alban is the first recorded Christian martyr in Britain. Originally thought to have died around 304 a.d., scholars now believe Alban's death occured in 209 a.d., during the reign of Emperor Septimius Severus, when many Christians were persecuted.

A pagan soldier of Rome, St. Alban took pitty on a Christian priest fleeing arrest, sheltering the priest in his own home. After several days talking with this priest, Alban converted to Christianity.

Soldiers of Rome soon arrived to search Alban's home for the runaway priest, but instead found Alban dressed in the priest's clothing. Alban was arrested, but refused to renounce his faith in Jesus Christ. He was thereafter beheaded.

The second martyr in Britain is also connected to Saint Alban: his own would-be executioner. At Alban's beheading, the executioner was moved by Alban's faith and testimony. On the spot, he converted to Christianity andrefused to carry out Alban's execution. He too lost his life for his faith.

Additionallly, the third martyr in Britain is also connected to Saint Alban: the priest Alban was trying to protect. When the priest learned that Alban had been mistakenly arrested, the priest turned himself in to Roman authorities. While the priest hoped that this action would save Alban's life, it was to no avail.

Alban, the executioner, and the priest were all put to death near the modern day site of St. Alban's Cathedral.

Almighty God, by whose grace and power thy holy martyr Alban Triumphed over suffering and was faithful even unto death: Grant to us, who now remember him with thanksgiving, to be so faithful in our witness to thee in this world, that we may receive with him the crown of life; through Jesus Christ our Lord, who liveth and reigneth with thee and the Holy Spirit, one God, for ever and ever.