Commemoration: Blandina and Her Companions

Blandina and Her Companions, 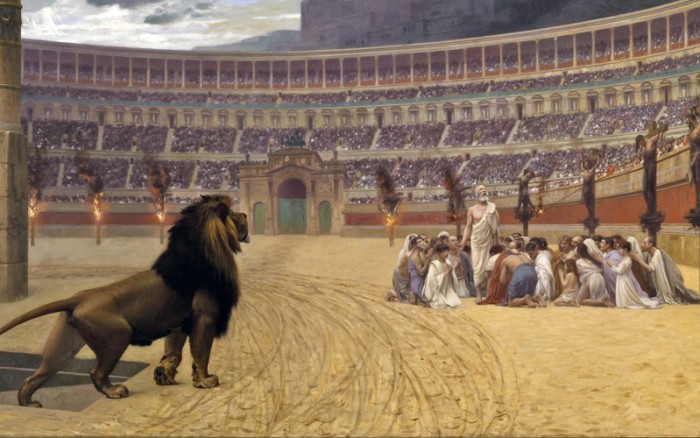 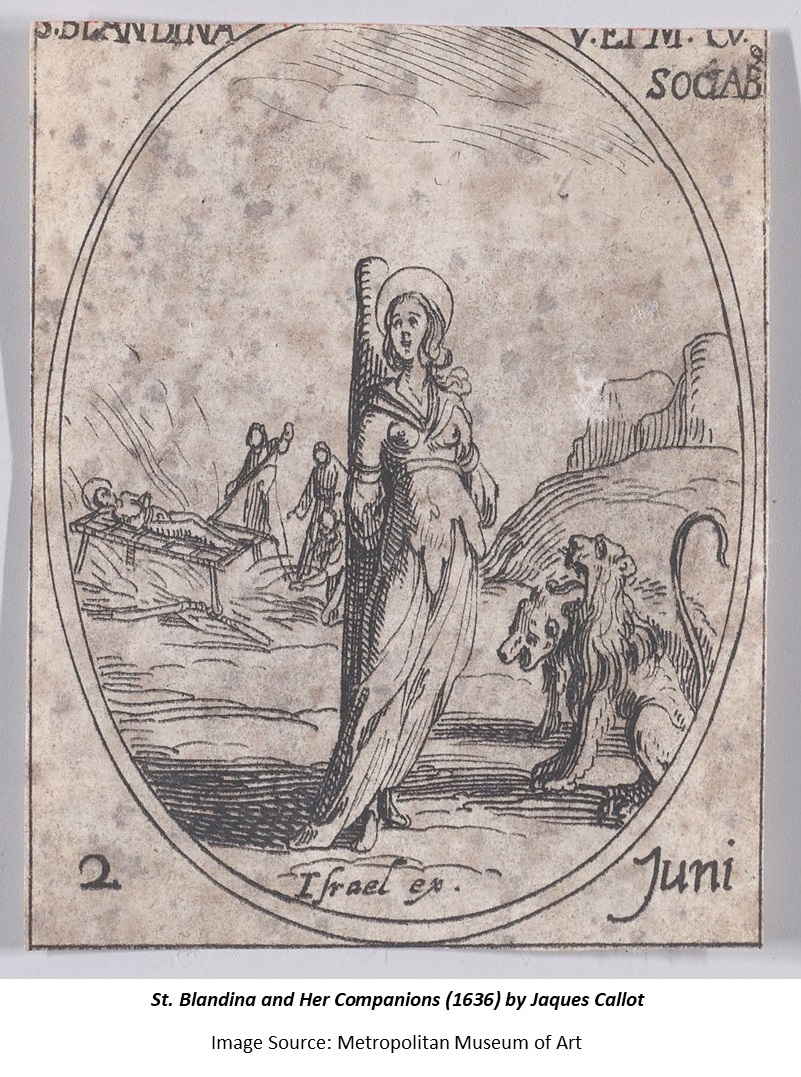 Christian missionary centers in Lyons and Vienne (in Gaul) drew many of the early Christians from Greece and Asia. There, persecutions of Christians began in 177 A.D.

The persucution began softly; Christians were excluded from social and economic life, and even from public baths. The homes of Christians were often vandalized. As persecution intensified, Christians were subject to attacks from fellow citizens when in public. The government began detaining Christians for questioning. Soon, torture-induced false confessions of cannibalism and incest were used to rouse public condemnations of Christians, inclluding against Blandina (a slave).

Blandina was tortured merilessly. Yet, throughout her torment, she said nothing except, "I am a Christian, and nothing vile is done among us." Finallly, Blandina and other survivors were put to death in the public arena.

Grant, O Lord, we beseech thee, that we who keep the feast of The holy martyrs Blandina and her companions may be rooted and grounded in love of thee, and may endure the sufferings of this life for the glory that shall be revealed in us; through Jesus Christ our Lord, who liveth and reigneth with thee and the Holy Spirit, one God, for ever and ever.