and Reformer of the Church, 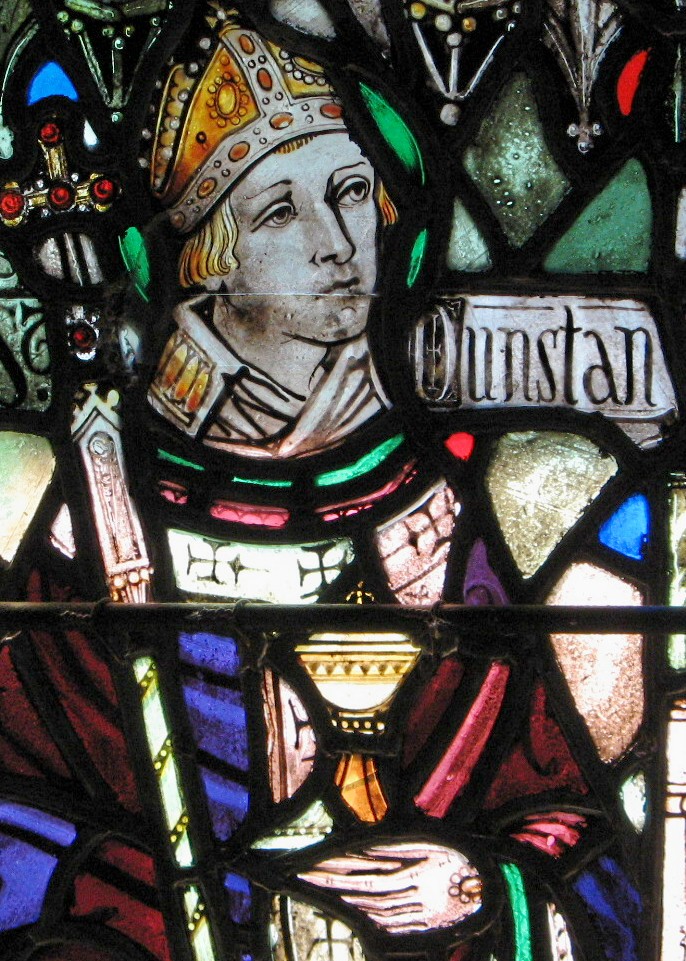 O God of truth and beauty, who didst richly endow thy bishop Dunstan with skill in music and the working of metals, and with gifts of administration and reforming zeal: Teach us, we beseech thee, to see in thee the source of all our talents, and move us to offer them for the adornment of worship and the advancement of true religion; through Jesus Christ our Lord, who liveth and reigneth with thee and the Holy Spirit, one God, now and for ever.

Almighty God, who didst raise up Dunstan to be a true shepherd Of the flock, a restorer of monastic life and a faithful counsellor to those in authority: give to all pastors the same gifts of thy Holy Spirit that they may be true servants of Christ and all his people; through Jesus Christ our Lord, who liveth and reigneth with thee and the Holy Spirit, one God, now and for ever.

In the ninth century, under King Alfred the Great, England had

achieved considerable military, political, cultural, and even some

ecclesiastical recovery from the Viking invasions. It was not until the

following century that there was a revival of monasticism. In that, the

Dunstan was born about 909 into a family with royal connections. He

became a monk and in 943 was made Abbot of Glastonbury. During

a year-long political exile in Flanders, he encountered the vigorous

Dunstan to England in 957, appointed him Bishop of Worcester,

then of London; and, in 960, named him Archbishop of Canterbury.

Together with his former pupils, Bishops Aethelwold of Winchester

and Oswald of Worcester (later of York), Dunstan was a leader of

the English Church. All three have been described as “contemplatives

in action”—bringing the fruits of their monastic prayer-life to

the immediate concerns of Church and State. They sought better

education and discipline among the clergy, the end of landed family

interest in the Church, the restoration of former monasteries and the

establishment of new ones, a revival of monastic life for women, and a

This reform movement was set forth in the “Monastic Agreement,” a

common code for English monasteries drawn up by Aethelwold about

970, primarily under the inspiration of Dunstan. It called for continual

intercession for the royal house, and emphasized the close tie between

the monasteries and the crown. This close alliance of Church and

State, sacramentalized in the anointing of the King, was expressed

liturgically in the earliest English coronation ceremony of which a full

text survives, compiled for King Edgar by Dunstan and his associates.

Dunstan is reputed to have been an expert craftsman. His name is

especially associated with the working of metals and the casting of

bells, and he was regarded as the patron saint of those crafts.

Click the link below to learn about St. Dunstan: