> Commemoration: The Martyrs of the Sudan

The Martyrs of the Sudan 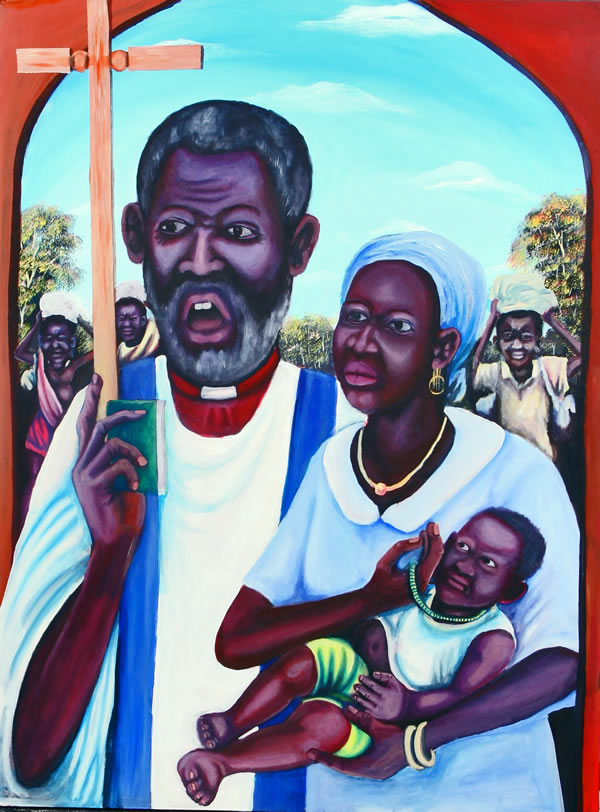 O God, steadfast in the midst of persecution, by your providence the blood of the martyrs is the seed of the Church: Grant us your grace, that as the martyrs of the Sudan refused to abandon Christ even in the face of torture and death, and so by their sacrifice brought forth a plentiful harvest, we too may be steadfast in our faith in Jesus Christ; who with you and the Holy Spirit lives and reigns, one God, for ever and ever. Amen.

“The blood of the martyrs is the seed of the church,” the third-century

North African teacher, Tertullian, once wrote. And in no place is that

observation more apt than in Sudan, Africa’s largest country, and a

British policy in the late nineteenth century was to arbitrarily divide

the vast country between a Muslim North and a multiethnic South,

limiting Christian missionary activity largely to the latter, an artificial

division that has created enduring problems. Since independence,

dictatorships have ruled a country that has experienced forty-one years

an increasingly religious character, fueled by a northern-dominated

the state religion, a penal code based on Sharia law, and restrictions on

clerical and lay leaders declared they “would not abandon God

as they knew him.” Possibly over two million persons, most of

them Christians, were then killed in a two-decade civil war, until a

Comprehensive Peace Treaty was signed in January 2005. During

those years, four million southern Christians may have been internally

displaced, and another million forced into exile in Africa and

elsewhere. Yet despite the total destruction of churches, schools, and

members of the Episcopal Church of the Sudan, has both solidified

as a faith community, and gradually expanded at home and among

This hymn, written by Sudanese children in exile in Ethiopia, reflects

both the tragedy and depth of faith of Sudan’s Christians:

Look upon us, O Creator who has made us.

God of all peoples, we are yearning for our land.

Hear the prayer of our souls in the wilderness.

Hear the prayer of our bones in the wilderness.

Hear our prayer as we call out to you.

Click the link below to learn about the Martyrs of Sudan: