Abbot and Organizer of Monasticism, 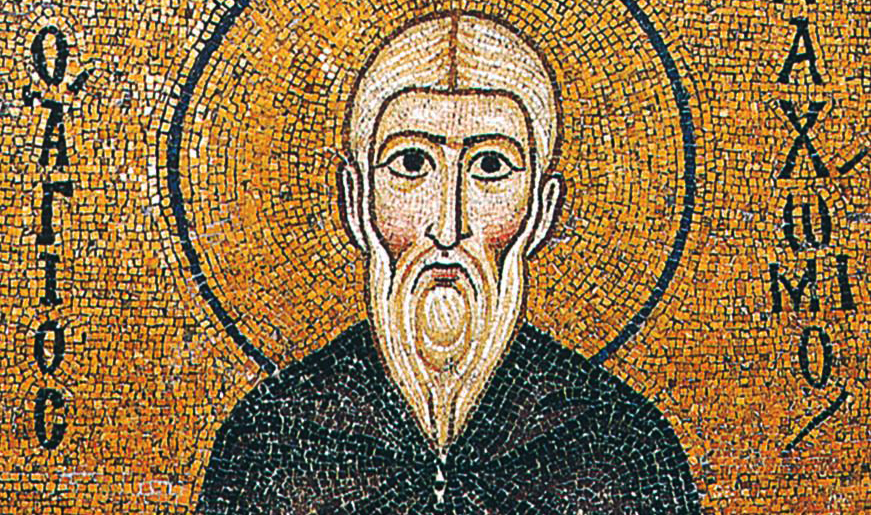 O God, whose blessed Son became poor that we through his Poverty might be rich: Deliver us, we pray thee, from an inordinate love of this world, that, inspired by the devotion of thy servant Pachomius, we may serve thee with singleness of heart, and attain to the riches of the age to come; through the same thy Son Jesus Christ our Lord, who liveth and reigneth with thee, in the unity of the Holy Spirit, one God, now and for ever.

Pachomius was born in Egypt around 290, and is said to have served as a soldier, and to have become a Christian shortly after completing his military service. In about 320 he went to live as a hermit at Tabennisi, on the Nile in Upper (Southern) Egypt, in the district known as the Thebaid (from Thebes). Several other hermits lived near him, and as the settlement grew Pachomius gradually organized them into a religious community. Before him there had been Christian hermits, and sometimes groups of hermits living near one another, but Pachomius was the first to organize a religious community holding its goods in common and praying as a community. Eventually eleven monasteries following the Rule of Pachomius were founded in the Thebaid, two of them for women. His Rule greatly influenced the later work of Basil the Great (14 Jun 379) and Benedict (11 Jul 547) who are accounted the founders of Eastern and Western monasticism respectively.