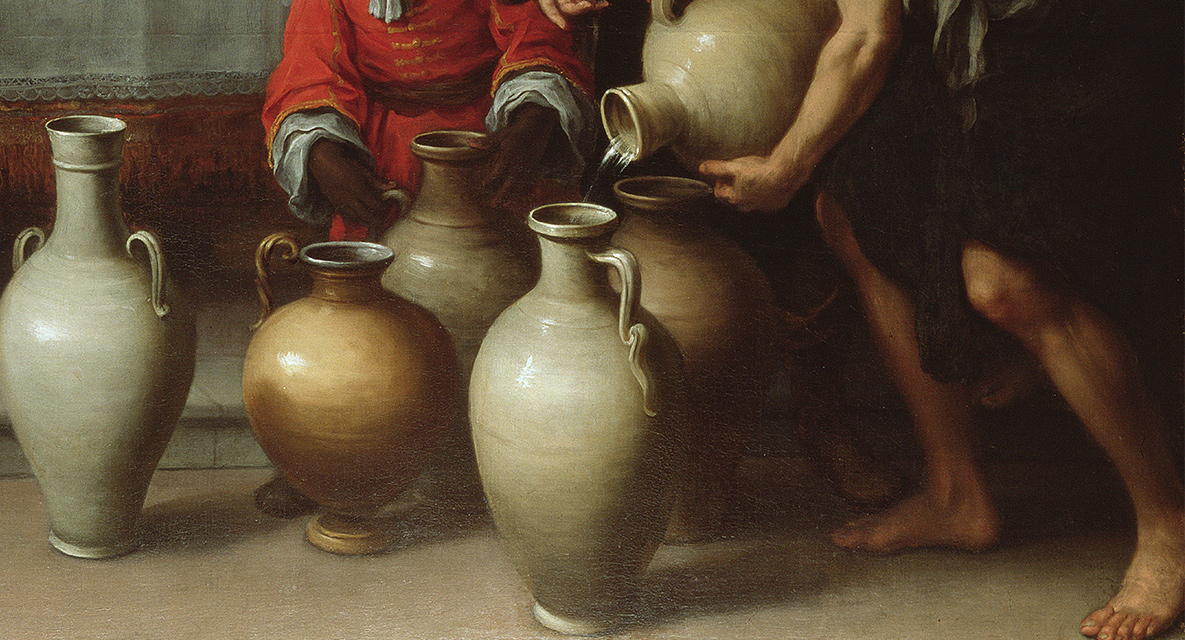 In John 2:1-9 we read: "On the third day a wedding took place at Cana in Galilee. Jesus’ mother was there, 2 and Jesus and his disciples had also been invited to the wedding. 3 When the wine was gone, Jesus’ mother said to him, “They have no more wine.”4 “Woman,[a] why do you involve me?” Jesus replied. “My hour has not yet come.”5 His mother said to the servants, “Do whatever he tells you.”6 Nearby stood six stone water jars, the kind used by the Jews for ceremonial washing, each holding from twenty to thirty gallons.[b]7 Jesus said to the servants, “Fill the jars with water”; so they filled them to the brim.8 Then he told them, “Now draw some out and take it to the master of the banquet.”They did so, 9 and the master of the banquet tasted the water that had been turned into wine."

What is the taste of fresh water? Fresh water is tasteless. Jesus changes tasteless water into wine. He gives good taste to tasteless lives. Do you have a tasteless relationship with any person? Jesus changes lives. When Pilate sent Jesus to King Herod that day they became friends though ,before, they were enemies

Luke 23:6-12 says: "On hearing this, Pilate asked if the man was a Galilean. 7 When he learned that Jesus was under Herod’s jurisdiction, he sent him to Herod, who was also in Jerusalem at that time. 8 When Herod saw Jesus, he was greatly pleased, because for a long time he had been wanting to see him. From what he had heard about him, he hoped to see him perform a sign of some sort. 9 He plied him with many questions, but Jesus gave him no answer. 10 The chief priests and the teachers of the law were standing there, vehemently accusing him. 11 Then Herod and his soldiers ridiculed and mocked him. Dressing him in an elegant robe, they sent him back to Pilate. 12 That day Herod and Pilate became friends—before this they had been enemies."

Invite Jesus into your relationship and he will change it into wine.

May God bless you with your family and friends and protect you in the name of Jesus Christ our Lord and Savior.